An agonist is a chemical that binds to the receptor of a cell and activates the receptor to cause a physiological response. An agonist initiates the same reaction typically produced by the binding of an endogenous ligand (such as a hormone or neurotransmitter) with a receptor. [1] A substance’s ability to affect a given receptor is dependent on the substance’s affinity and intrinsic efficacy towards that receptor. The affinity of a substance describes the strength of attraction between it and a given receptor, and consequently its ability to bind to that receptor. A substance with a high affinity for a receptor has a high likelihood of binding to it, while a substance with a low affinity has a lesser degree of attraction towards a receptor. [2]

In contrast to an agonist, an antagonist is a chemical that binds to the receptor of a cell without causing a physiological response. Receptor antagonists work by blocking or diminishing the effects produced by endogenous or substance-induced agonism of a receptor.

There are several types of agonist: 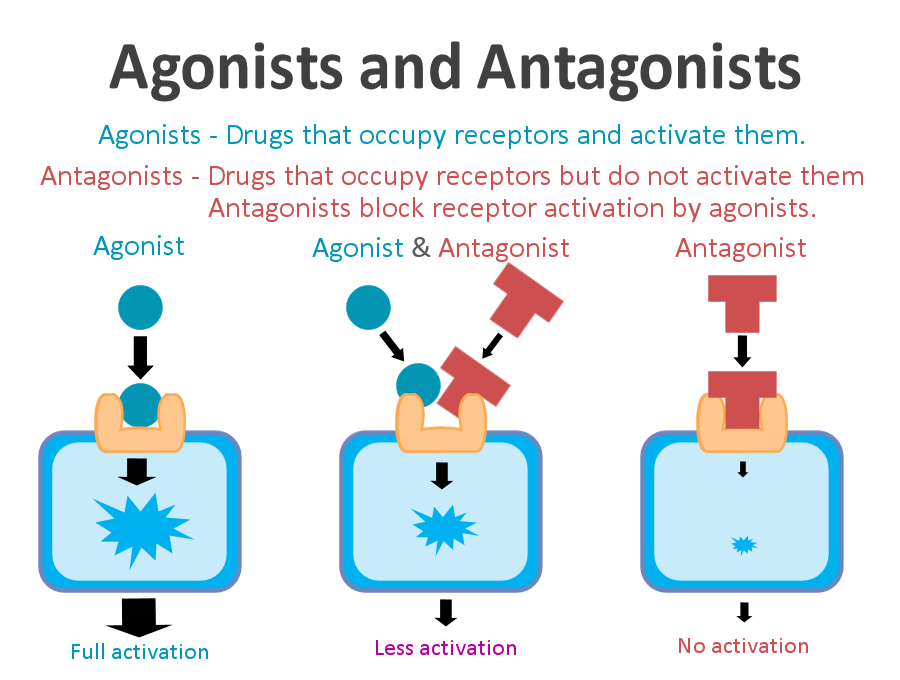