Chaos magic, also spelled chaos magick, is a contemporary magical practice. It was initially developed in England in the 1970s, drawing heavily from the philosophy of artist and occultist Austin Osman Spare. [1] Sometimes referred to as “success magic” or “results-based magic”, chaos magic claims to emphasize the attainment of specific results over the symbolic, ritualistic, theological or otherwise ornamental aspects of other occult traditions

Chaos magic has been described as a union of traditional occult techniques and applied postmodernism [2]. The word chaos was first used in connection with magic by Peter J. Carroll in Liber Null & Psychonaut (1978), where it is described as “the ‘thing’ responsible for the origin and continued action of events.” [3] Carroll goes on to say that “It could as well be called ‘God’ or ‘Tao’, but the name ‘Chaos’ is virtually meaningless and free from the anthropomorphic ideas of religion.”

Following the death of Aleister Crowley, magick as practiced by the still somewhat sparse occult subculture in Britain tended to become more experimentalist, personal, and a lot less bound to the magical traditions of established magical orders. Main reasons for this might include the public availability of previously secret information on magic (especially in the books published by Aleister Crowley and Israel Regardie), the radically unorthodox magic of Austin Osman Spare’s Zos Kia Cultus, the influence of Discordianism, the increasing popularity of magic caused by the success of the Wicca cult and the use of entheogen.

Peter J. Carroll and Ray Sherwin are considered to be the founders of chaos magic, although Phil Hine points out that there were others “lurking in the background, such as the Stoke Newington Sorcerors“– a group which included Charles Brewster (Frater Choronzon). Carroll was a regular contributor to The New Equinox, a magazine edited by Sherwin, and thus the two became acquainted.[9]

1978 was perhaps the seminal year in the origin of chaos magic, seeing the publication of both Liber Null by Carroll and The Book of Results by Sherwin – the first published books on chaos magic – and the establishment of The Illuminates of Thanateros (IOT), the first chaos magic organization.[13]

Austin Osman Spare is largely the source of chaos magical theory and practice.[9] [3] Specifically, Spare developed the use of sigils and the use of gnosis to empower these. Most basic sigil work recapitulates Spare’s technique, including the construction of a phrase detailing the magical intent, the elimination of duplicate letters, and the artistic recombination of the remaining letters to form the sigil. Although Spare died before chaos magic emerged, many consider him to be the grandfather of chaos magic because of his repudiation of traditional magical systems in favor of a technique based on gnosis.

Aleister Crowley was a marginal yet early and ongoing influence, particularly for his syncretic approach to magic, and his emphasis on experimentation and deconditioning. Other early influences include Discordianism, the punk movement, postmodernism and the writings of Robert Anton Wilson. [9] Lionel Snell was also publishing writing on Spare in the mid-1970s and became drawn into the burgeoning chaoist movement. Snell’s book SSOTBME (1974) also came to influence the early chaos magicians.[14]

However, despite these influences, it’s clear from their early writings that the first chaos magicians were attempting to recover a sort of universal shamanism by stripping away any accumulated cultural gloss. Carroll makes this clear in Liber Null:

When stripped of local symbolism and terminology, all systems show a remarkable uniformity of method. This is because all systems ultimately derive from the tradition of Shamanism. It is toward an elucidation of this tradition that the following chapters are devoted.[3]

This is echoed in Snell’s description of Spare as a “master shaman” who brought into the world a new form of “shamanistic sorcery”.[15]

Another lesser-known branch of chaos magick was developed by author Julian Wilde in his Grimoire of Chaos Magick. In it, Wilde quite adeptly delineates the principles of magick while shredding attachment to orthodox forms. Wilde was influenced by Vajrayana and this book is one of the first works on western magick to show the influence of Tibetan Buddhism. For “those who have turned their back on the Golden dawn and have flown instead to the rainbow-jagged darkness of Vajrayana (the tantra-gnostic Shambhala)…[4]” 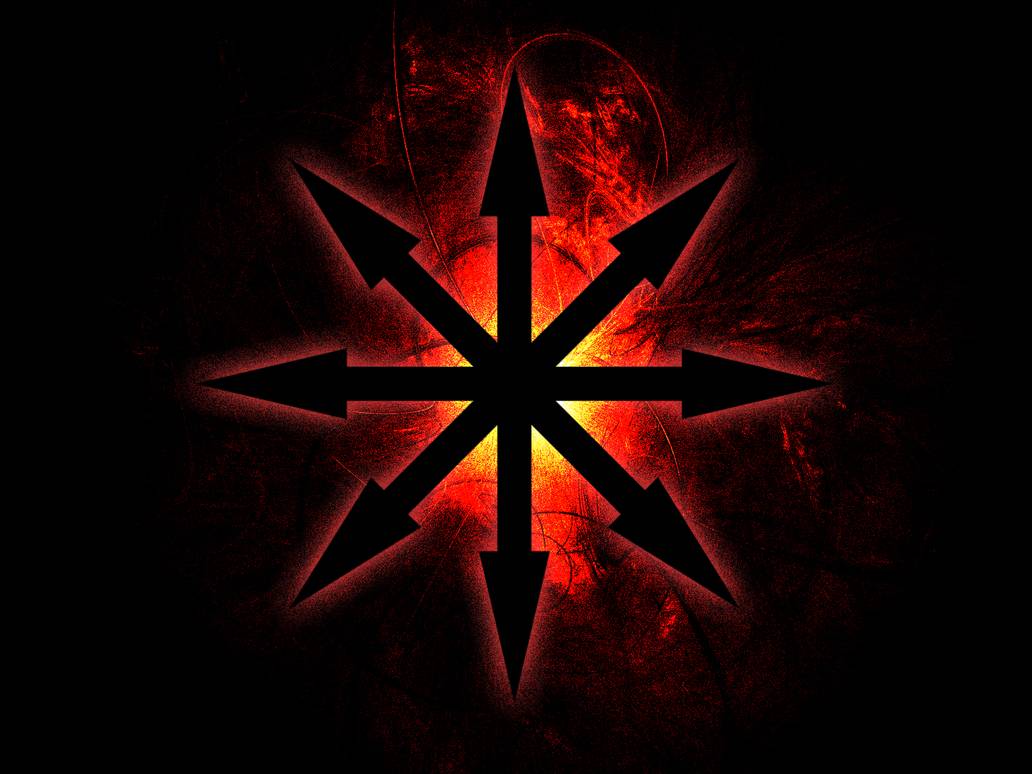 The central defining tenet of chaos magic is arguably the “meta-belief” that “belief is a tool for achieving effects”. In chaos magic, complex symbol systems like Qabalah, the Enochian system, astrology, or the I Ching are treated as maps or “symbolic and linguistic constructs” that can be manipulated to achieve certain ends but that have no absolute or objective truth value in themselves.– a position referred to by religious scholar Hugh Urban as a “rejection of all fixed models of reality”, [5] and often summarised with the phrase “nothing is true everything is permitted”. [3][6]

Some commentators have traced this position to the influence of postmodernism on contemporary occultism. Another influence comes from the magical system of Austin Osman Spare, who believed that belief itself was a form of “psychic energy” that became locked up in rigid belief structures, and that could be released by breaking down those structures. This “free belief” could then be directed towards new aims.[7]

Other writers have highlighted the influence of occultist Aleister Crowley, who wrote of the occult:

In this book it is spoken of the Sephiroth and the Paths; of Spirits and Conjurations; of Gods, Spheres, Planes, and many other things which may or may not exist. It is immaterial whether these exist or not. By doing certain things certain results will follow; students are most earnestly warned against attributing objective reality or philosophic validity to any of them.[8]

Most chaos magic techniques involve something called the gnostic state, or gnosis. This is described as an altered state of consciousness in which a person’s mind is focused on only one point, thought, or goal, and all other thoughts are thrust out.[9] The gnostic state is used to bypass the “filter” of the conscious mind – something thought to be necessary for working most forms of magic.[3] Since it is claimed to take many years of training to master this sort of Zen-like meditative ability, chaos magicians employ a variety of other ways to attain a “brief ‘no-mind‘ state” in which to work magic.[10]

Mindlessness reached through intense arousal. It is aimed to be reached through sexual excitation, intense emotions, flagellation, dance, drumming, chanting, sensory overload, hyperventilation, and the use of disinhibitory or hallucinogenic drugs.

Described by Phil Hine and Jan Fries as a third method. Here the intended spell is cast parenthetically, so it does not raise much thought to suppress – “doodling sigils while listening to a talk which is boring, but you have to take notes on”, for example.[12][9]

Within the magical system of Austin Osman Spare, magic was thought to operate by using symbols to communicate desire to something Spare termed “Kia” (a sort of universal mind, of which individual human consciousnesses are aspects) via the “passage” of the unconscious – hence the need for complex systems of symbolism. Provided there was enough “free belief” to feed them, these desires would then grow, unconsciously, into “obsessions”, which would culminate in magical results occurring in reality.[7]

Peter J. Carroll inherited this model from Spare, but used the term “Kia” to refer to the consciousness of the individual: “the elusive ‘I’ which confers self-awareness”.[3] The more general universal force, of which Kia is an aspect, Carroll termed “Chaos”. In his own words:

Chaos… is the force which has caused life to evolve itself out of dust, and is currently most concentratedly manifest in the human life force, or Kia, where it is the source of consciousness… To the extent that the Kia can become one with Chaos it can extend its will and perception into the universe to accomplish magic.[3]