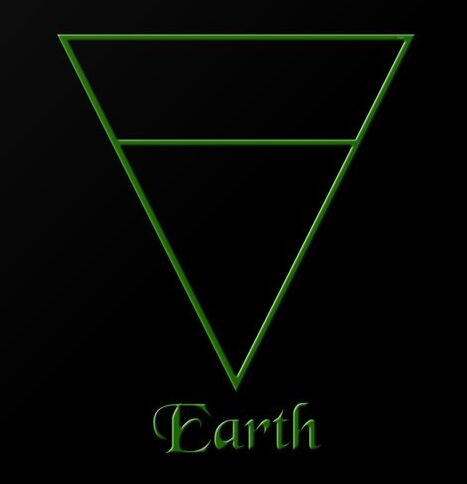 Earth is one of the four classical elements in ancient Greek philosophy and science. Earth is considered to be both cold and dry, and according to Plato is associated with the cube. Earth is, not surprisingly, the element seen as denoting material possessions and the physical world, being the strongest and steadiest of the elements.