Electroencephalography (EEG) is an electrophysiological monitoring method to record electrical activity of the brain. It is typically noninvasive, with the electrodes placed along the scalp, although invasive electrodes are sometimes used, as in electrocorticography. EEG measures voltage fluctuations resulting from ionic current within the neurons of the brain.[1] Clinically, EEG refers to the recording of the brain’s spontaneous electrical activity over a period of time, as recorded from multiple electrodes placed on the scalp.[1] Diagnostic applications generally focus either on event-related potentials or on the spectral content of EEG. The former investigates potential fluctuations time locked to an event, such as ‘stimulus onset’ or ‘button press’. The latter analyses the type of neural oscillations (popularly called “brain waves”) that can be observed in EEG signals in the frequency domain.

in ascending frequency (Hz), with each range having a dominant function (a Hz is a pulse or beat per second). 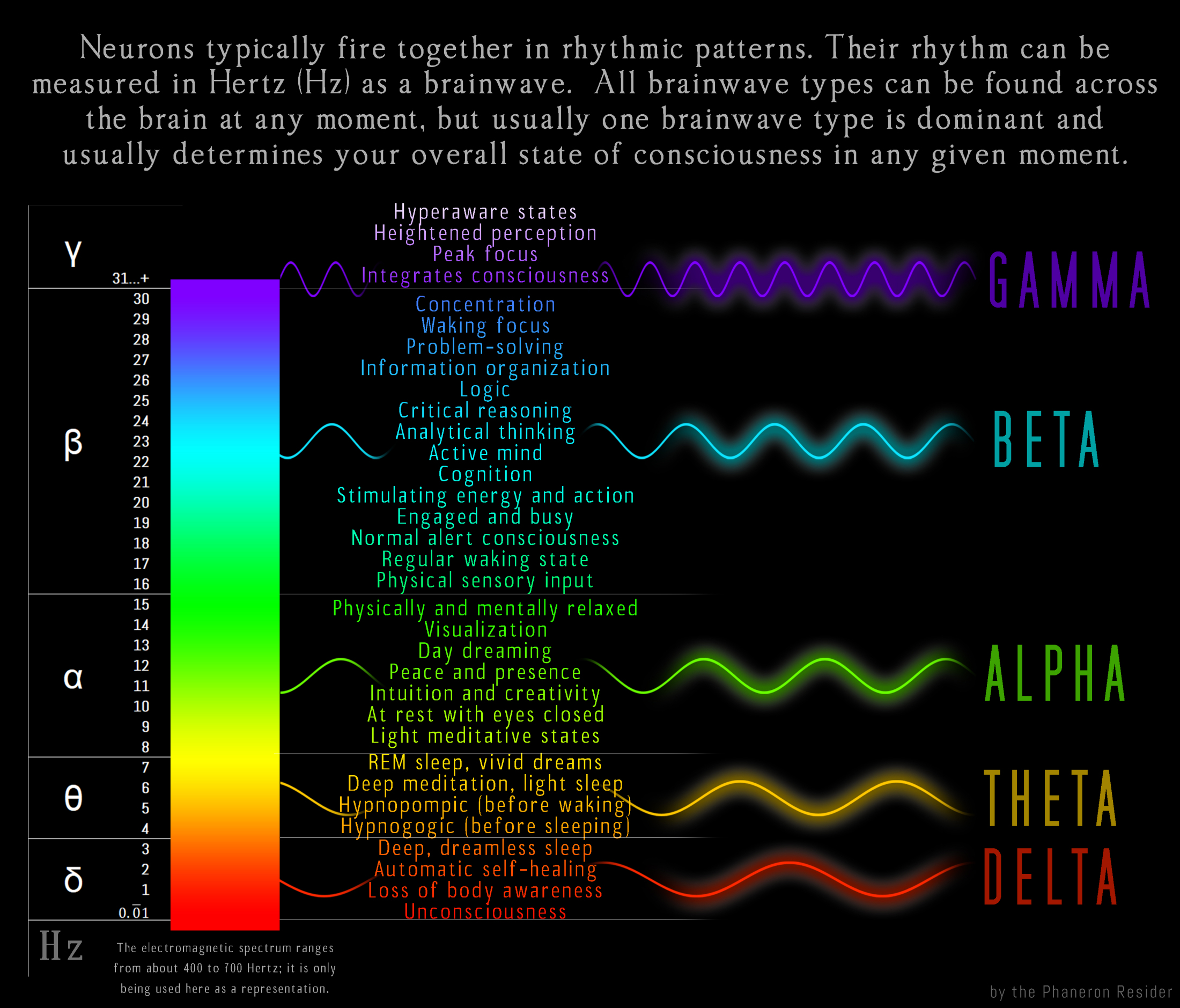