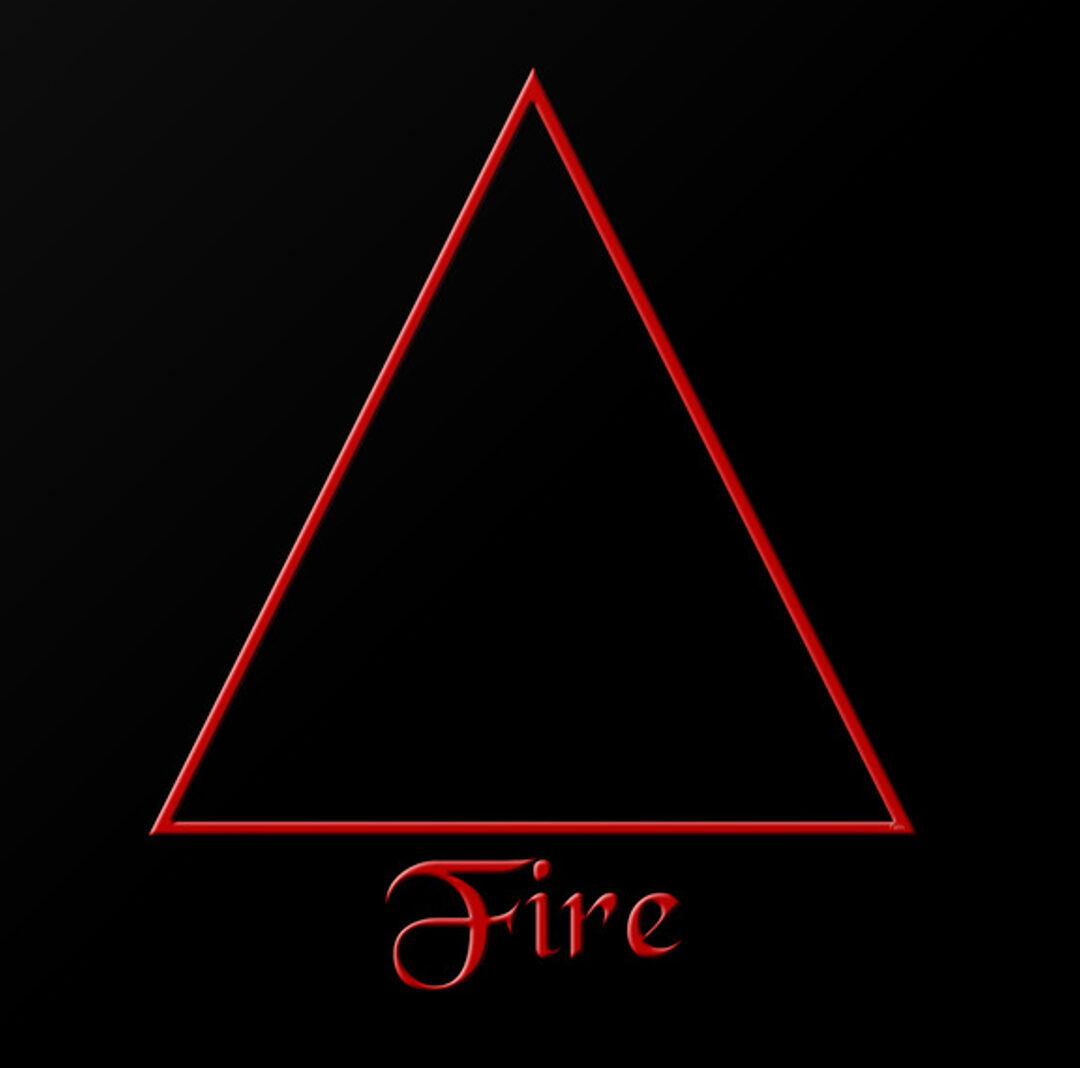 Fire is one of the four classical elements in ancient Greek philosophy and science. Fire is considered to be both hot and dry, and according to Plato is associated with the tetrahedron. Fire is often an image of passion and creativity, its consuming tendencies being illustrations of this. Also represents anger, hatred.

Fire and the other Greek classical elements were incorporated into the Golden Dawn system. Philosophus (4=7) is the elemental grade attributed to fire; this grade is also attributed to the Qabalistic Sephirah Netzach and the planet Venus.The elemental weapon of fire is the Wand.[12] Each of the elements has several associated spiritual beings. The archangel of fire is Michael, the angel is Aral, the ruler is Seraph, the king is Djin, and the fire elementals (following Paracelsus) are called salamanders.[1] Fire is considered to be active; it is represented by the symbol for Leo and it is referred to the lower right point of the pentacle in the Supreme Invoking Ritual of the Pentacle.[1] Many of these associations have since spread throughout the occult community.[2]