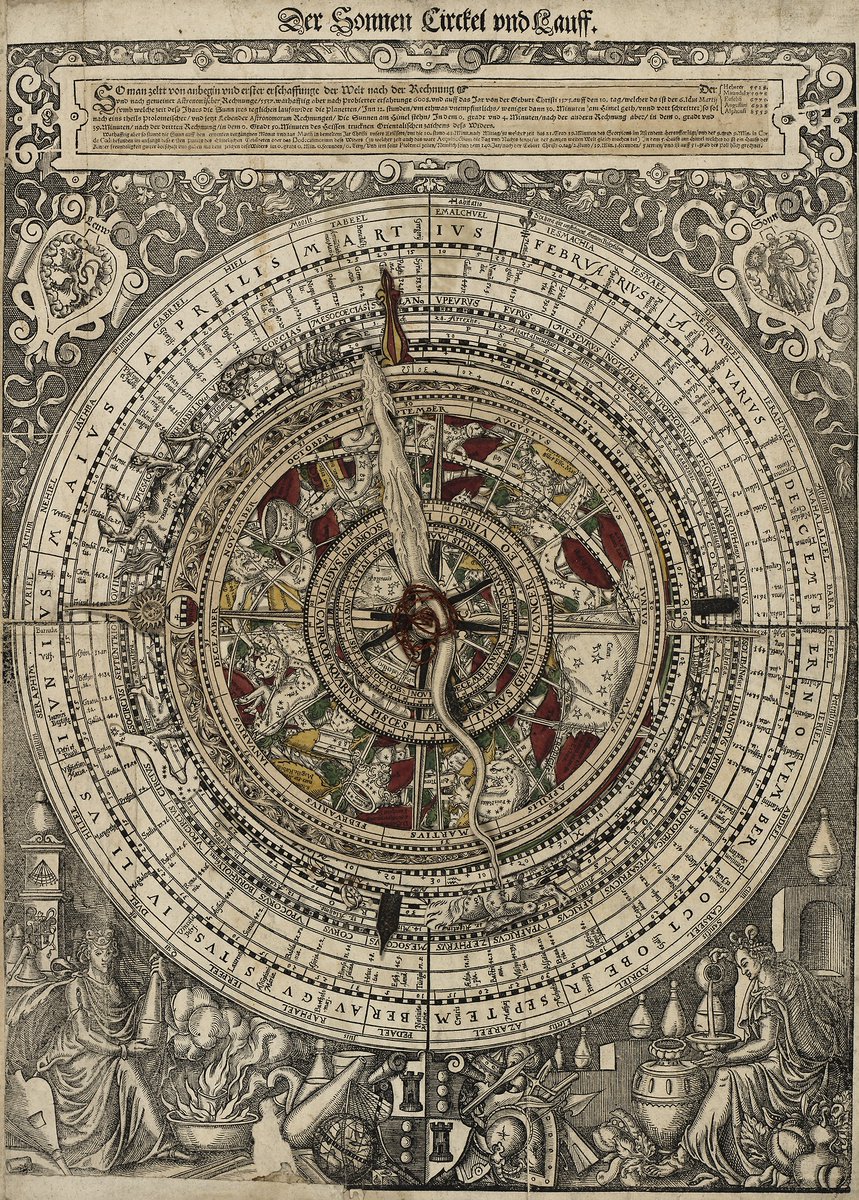 Kalpa or Aeon (Sanskrit: कल्प kalpa) is a Sanskrit word meaning a relatively long period of time (by human calculation) in Hindu and Buddhist cosmology.

In the Pali language of early Buddhism, the word takes the form kappa, and is mentioned in the assumed oldest scripture of Buddhism, the Sutta Nipata. This speaks of “Kappâtita: one who has gone beyond time, an Arahant”.[1] This part of the Buddhist manuscripts dates back to the middle part of the last millennium BCE.

Generally speaking, a Kalpa is the period of time between the creation and recreation of a world or universe.[1] The definition of a Kalpa equaling 4.32 billion years is found in the Puranas—specifically Vishnu Purana and Bhagavata Purana.[2]

Kalpa According to Buddhism

According to Visuddhimagga, there are several explanations for types of Kalpas and their duration. In the first explanation, there are four types:

1. Ayu-Kalpa – a variable time span representing the Life expectancy of a typical human being in a particular era or Yuga. This can be as high as one Asankya or as small as 10 years. This number is directly proportional to the level of Virtue of people in that era. Currently, this value hovers around 100 years and is continually decreasing.

2. Antah-Kalpa – time taken for one Ayu-Kalpa to grow from 10 years up to one Asankya and back to 10 years. The ending of one Antah-Kalpa (or mass-extinction) can happen in three ways where majority of the human population gets extinct:

I. Sashthrantha-Kalpa – Mass extinction by wars.

4. Maha-Kalpa – largest time unit in Buddhism. The ending of a Maha-Kalpa (apocalypse) can happen in three ways: Fire, water, and Air. It is divided into four quarters each equivalent to one Asankya-Kalpa.

I. First quarter-time took for this World to Form.

II. Second-quarter – stable duration of this World where all living beings can thrive.

III. Third quarter-time took for this World to be destroyed.

Buddha had not spoken about the exact length of the Maha-Kalpa in a number of years. However, he had given several astounding analogies to understand it.

Kalpa According to Hinduism

In Hinduism (cf. Hindu Time Cycles), it is equal to 4.32 billion yea

rs, a “day of Brahma” or one thousand mahayugas, measuring the duration of the World (scientists estimate the age of the Earth at 4.54 billion years). Each kalpa is divided into 14 manvantara periods, each lasting 71 Yuga cycles (306,720,000 years).

Preceding the first and following each manvatara period is a juncture (sandhya) the length of a Satya-Yuga (1,728,000) years.

Two Kalpas constitute a day and night of Brahma.

A “month of Brahma” is supposed to contain thirty such days (including nights), or 259.2 billion years.

According to the Mahabharata, 12 months of Brahma (=360 days) constitute his year, and 100 such years the Life cycle of The Universe.

Fifty years of Brahma are supposed to have elapsed, and we are now in the shvetavaraha-kalpa of the fifty-first; at the end of a Kalpa the World is annihilated.

Aeons According to Thelema

The first Aeon of Isis was maternal, where the female aspect of the Godhead was revered due to a mostly matriarchal society and the idea that “Mother Earth” nourished, clothed and housed man. It was characterized by pagan worship of the Mother and Nature. Crowley describes this period as “simple, quiet, easy, and pleasant; the material ignores the spiritual” (Equinox of the Gods).

The Classical/Medieval Aeon of Osiris is considered to be dominated by the Paternal Principle and the formula of the Dying God. This Aeon was characterized by that of self-sacrifice and submission to the Father God. Crowley says of this Aeon:

Formula of Osiris, whose word is IAO; so that men worshiped Man, thinking him subject to Death, and his victory dependent upon Resurrection. Even so conceived they of the Sun as slain and reborn with every day, and every year. (Heart of the Master)

He also says of the Aeon of Osiris in Equinox of the Gods:

the second [Aeon] is of suffering and death: the spiritual strives to ignore the material. Christianity and all cognate religions worship death, glorify suffering, deify corpses.

The modern Aeon of Horus, with our times of self-realization as well as a growing interest in all things spiritual, is considered to be dominated by the Principle of the Child. The Word of its Law is Thelema (will) which is complemented by Agape (love), and its formula is Abrahadabra. Individuality and finding the “True Will” are the dominant aspects; its formula is that of growth, in consciousness and love, toward self-realization.

Of the Aeon of Horus, Crowley writes:

The Aeon of Horus is here: and its first flower may well be this: that, freed of the obsession of the doom of the Ego in Death, and of the limitation of the Mind by Reason, the best men again set out with eager eyes upon the Path of the Wise, the mountain track of the goat, and then the untrodden Ridge, that leads to the ice-gleaming pinnacles of Mastery! (Little Essays Towards Truth, “Mastery”)

Manvantara is a Sanskrit term that results from a combination of the words manu and antara (manu-antara or manvantara), literally meaning the duration of a Manu or his life span. H. P. Blavatsky defines it as “a period of manifestation, as opposed to Pralaya (dissolution or rest); the term is applied to various cycles, especially to a Day of Brahma–4,320,000,000 Solar years–and to the reign of one Manu–308,448,000–”

The concepts of manvantara and pralaya are based on a cyclic model of the universe of alternating phases of creation and dissolution:

As the sun arises every morning on our objective horizon out of its (to us) subjective and antipodal space, so does the Universe emerge periodically on the plane of objectivity, issuing from that of subjectivity—the antipodes of the former. This is the “Cycle of Life.” And as the sun disappears from our horizon, so does the Universe disappear at regular periods, when the “Universal night” sets in. The Hindoos call such alternations the “Days and Nights of Brahma,” or the time of Manvantara and that of Pralaya (dissolution). The Westerns may call them Universal Days and Nights if they prefer.[6] When universal the state of rest (Pralaya) comes to an end, the process of re-awakening begins, and the two fundamental principles of the Cosmos—spirit and matter—appear:

Manvantaric impulse commences with the re-awakening of Cosmic Ideation (the “Universal Mind”) concurrently with, and parallel to the primary emergence of Cosmic Substance—the latter being the manvantaric vehicle of the former—from its undifferentiated pralayic state.[7] In the Theosophical literature there are different manvantaras according to the cycle of evolution in course, whether it is that of a solar system or of a Planetary Chain. The term maha-manvantara refers to the evolution the whole universe through the “Great Age”, which lasts for a maha-kalpa. In one of the Mahatma Letters the Master K.H. wrote the following:

There are three kinds of pralayas and manwantara:
1. The universal or Maha pralaya and manwantara.
2. The solar pralaya and manwantara.
3. The minor pralaya and manwantara.
When the pralaya No. 1 is finished the universal manwantara begins. Then the whole universe must be re-evoluted de novo. When the pralaya of a solar system comes it affects that solar system only. A solar pralaya = 7 minor pralayas. The minor pralayas of No. 3 concern but our little string of globes, whether man-bearing or not. To such a string our Earth belongs.[8] Solar manvantara
At the beginning of the solar manwantara the hitherto subjective elements of the material world now scattered in cosmic dust — receiving their impulse from the new Dyan Chohans of the new solar system (the highest of the old ones having gone higher) — will form into primordial ripples of life and separating into differentiating centres of activity combine in a graduated scale of seven stages of evolution.[5] Universal manvantara
The Manvantaras should not be confounded. The fifteen-figure Manvantaric cycle applies to the solar system; but there is a Manvantara which relates to the whole of the objective universe, the Mother-Father, and many minor Manvantaras. The slokas relating to the former have been generally selected, and only two or three relating to the latter given.[8] Duration of the cycles
In general, Mme. Blavatsky used the chronology found in Hindu scriptures, which she claims “dovetail pretty nearly with those of the Secret works”.[9] They are described in the The Secret Doctrine as follows:[8]

All the different cycles take place within the “Great Age” or universal manvantara:

There were several “Great Ages” mentioned by the ancients. In India it embraced the whole Maha-Manvantara, the “Age of Brahma,” each “Day” of which represents the Life Cycle of a chain, i. e., it embraces a period of Seven Rounds (vide “Esoteric Buddhism,” by A. P. Sinnett). Thus while a “Day” and a “Night” represent, as Manvantara and Pralaya, 8,640,000,000 years, an “age” lasts through a period of 311,040,000,000,000; after which the Pralaya or dissolution of the universe becomes universal. With the Egyptian and Greeks the “Great Age” referred only to the Tropical, or Sidereal year, the duration of which is 25,868 solar years. Of the complete age–that of the Gods–they said nothing, as it was a matter to be discussed and divulged only at the Mysteries, and during the Initiation Ceremonies. The “Great Age” of the Chaldees was the same in figures as that of the Hindus.[8] When correlated with the Theosophical cycles we have: