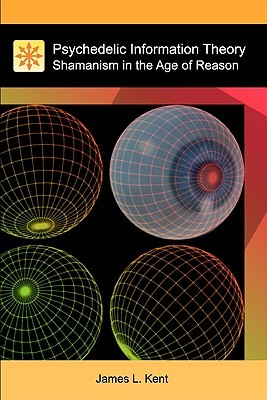 Psychedelic Information Theory (PIT) is the study of information creation in the human imagination, particularly in states of dreaming, psychosis, and hallucination. PIT seeks to model the functional output of human perception in order to extrapolate the limits and complexity of information arising in human altered states of consciousness. The foundation of PIT lies in novelty theory, the study of increasing complexity of information over time. Novelty theory encompasses a large time-scale, but PIT is specifically focused on the spontaneous production of complex information in the human organism, which is also known as creativity theory or generative theory. Modeling the creation of information in the human brain requires formal definitions for perception, consciousness, and information, and as such PIT is also a work of systems theory, which posits that the potential output of any system can be fully described by the functional limitations of its components. PIT also draws on control theory, which models the stability and complexity of signal processing in dynamical systems. By applying control theory and systems theory to altered states of consciousness, PIT is an analysis of the nonlinear dynamics of hallucination and expanded states of consciousness. And finally PIT draws upon the fields of wave mechanics, neural oscillators, neuroplasticity, and the fundamentals of pharmacology, cognitive theory, and neural signaling as they apply to perception, memory, and consciousness; this also makes PIT a text on multidisciplinary neuroscience [1].

The bulk of human consciousness exists in a linear range which goes from highly focused and alert to deep asleep and dreaming. Most states of consciousness are experienced uniformly and independently of each other along this linear spectrum. For instance, when you are asleep you are not awake; when you are focused you are not daydreaming; when you are anxious you are not relaxed. The fact that consciousness exists in only one state at one time is an indication that the system is linear and stable. When two distinct perceptions or states of consciousness overlap at the same time this is an indication that the system is unstable, and in most cases where divergent states of consciousness overlap the output is viewed as a pathology. State divergent pathologies are typically treated with drugs targeted to amplify the positive traits and/or dampen the negative traits. The term psychedelic means “mind manifesting,” which implies that all potential states of mind may be manifested under the influence of psychedelic drugs. If normal consciousness moves in a straight line along a spectrum of many possible states, psychedelics represent a unique and reversible destabilization of this linear spectrum where consciousness can assume multiple points of consciousness simultaneously. The most extreme divergent state of consciousness is described as being wide awake while simultaneously dreaming, a state clinically referred to as psychosis or hallucination. The emergence of multi-state consciousness under the influence of psychedelics represents a system that has destabilized from linear output and has become nonlinear and exponentially complex. Thus, in psychedelic perception the linear functions of consciousness diverge into a complex nonlinear state where multiple perspectives and analytical outputs may be experienced simultaneously. According to PIT, this destabilized state of nonlinear complexity is where new information is generated in the human mind. Understanding the dynamics of this unique nonlinear function is essential to understanding the informational limits and potential complexity range of all human consciousness [1].