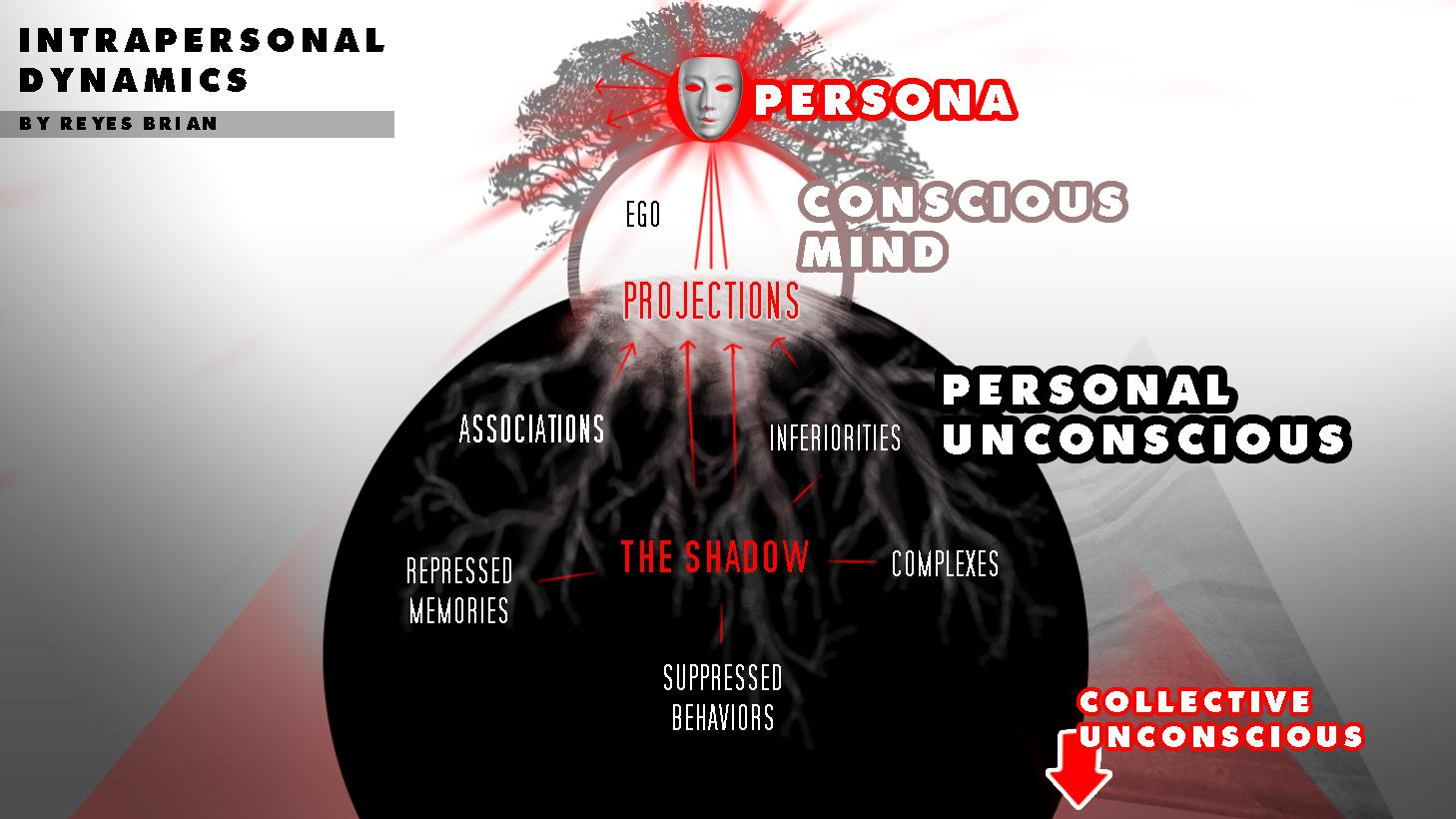 The term “collective unconscious” first appeared in Jung’s 1916 essay, “The Structure of the Unconscious”. This essay distinguishes between the “personal”, Freudian unconscious, filled with sexual fantasies and repressed images, and the “collective” unconscious encompassing the soul of humanity at large.[1]

That aspect of the unconscious which manifests inherited, universal themes which run through all human life. Inwardly, the whole history of the human race, back to the most primitive times, lives on in us. Its origin is in heredity, and instinctual patterns. Has a universal character: Its structure is more or less the same everywhere and in all individuals. It “constitutes a common psychic substrate of a supra-personal nature which is present in every one of us” In his explorations through India, China, Japan, and Africa, he found dreams that belonged to the whole of mankind. In Elgon in Africa, he found that their witch doctor drew the same distinction between personal and collective dreams that he did.[2]

The collective unconscious could be thought of as the DNA of the human psyche. Just as all humans share a common physical heritage and predisposition towards specific gross physical forms (like having two legs, a heart, etc.) so do all humans have innate psychological predispositions in the form of archetypes, which compose the collective unconscious. In contrast to the objective material world, the subjective realm of archetypes cannot be fully plumbed through quantitative modes of research. Instead it can be revealed more fully through an examination of the symbolic communications of the human psyche — in art, dreams, religion, myth, and the themes of human relational/behavioral patterns. Devoting his life to the task of exploring and understanding the collective unconscious, Jung theorized that certain symbolic themes exist across all cultures, all epochs, and in every individual.[2]

The basic assumption is that the personal unconscious is a potent part — probably the more active part — of the normal human psyche. Reliable communication between the conscious and unconscious parts of the psyche is necessary for wholeness. Also crucial is the belief that dreams show ideas, beliefs, and feelings of which individuals are not readily aware, but need to be, and that such material is expressed in a personalized vocabulary of visual metaphors. Things “known but unknown” are contained in the unconscious, and dreams are one of the main vehicles for the unconscious to express them. Analytical psychology distinguishes between a personal and a collective unconscious.

The collective unconscious contains archetypes common to all human beings. That is, individuation may bring to surface symbols that do not relate to the life experiences of a single person. This content is more easily viewed as answers to the more fundamental questions of humanity: life, death, meaning, happiness, fear. Among these more spiritual concepts may arise and be integrated into the personality.

[1]. Jung, Collected Works vol. 7 (1953), “The Structure of the Unconscious” (1916), 437–507 (pp. 263–292). [2]. Analytical psychotherapy, PsychologyWiki.com, Accessed May 2020. [3]. Carl Jung: Archetypes and Analytical Psychology; Exploring the realm of Carl Jung’s collective unconscious and the archetypes that live within it. www.psychologistworld.com, accessed may 2020.
Community
Community
Join the community