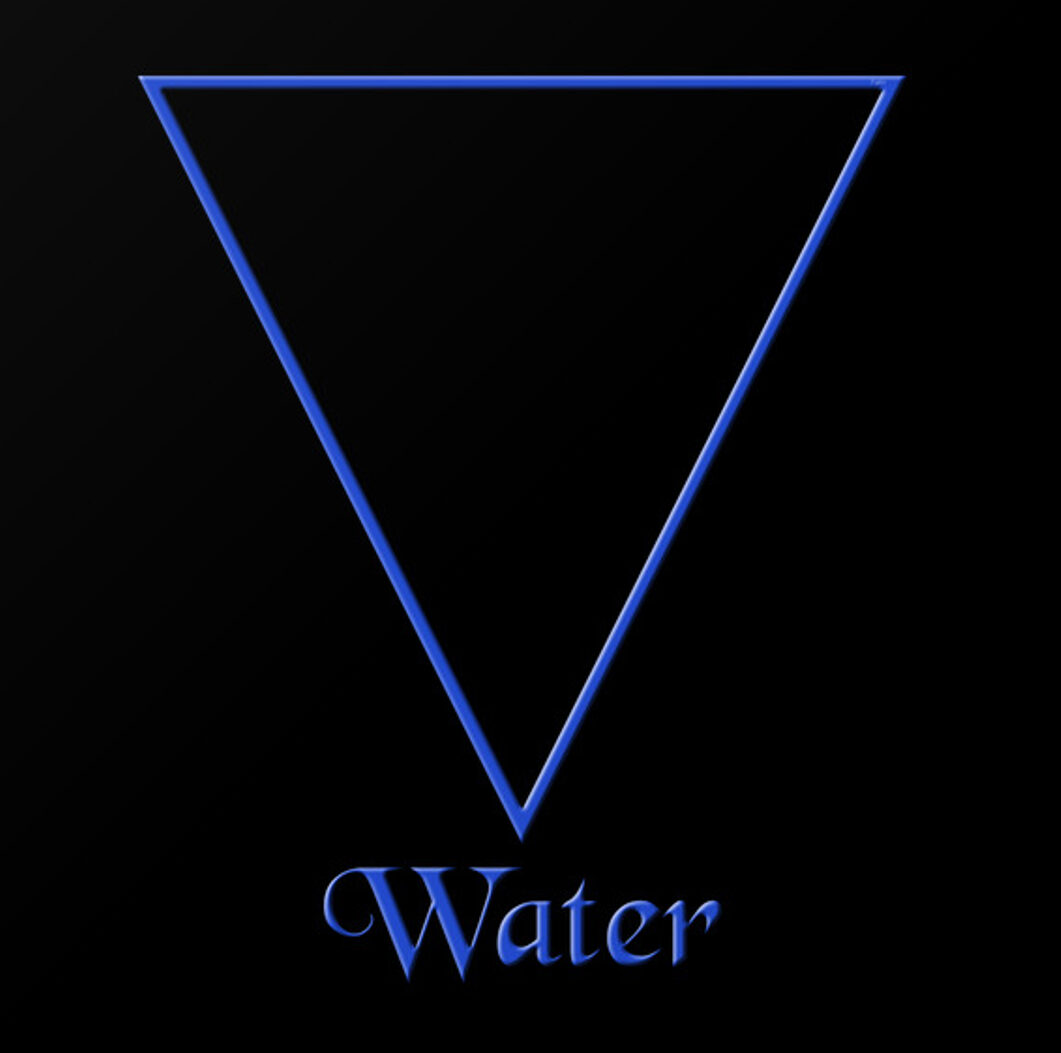 Water is one of the four classical elements in ancient Greek philosophy and science. Water is considered to be both cold and wet, and according to Plato is associated with the icosahedron. Water is almost always the image of the emotions and the soul, given its highly changeable nature.

Water and the other Greek classical elements were incorporated into the Golden Dawn system.The elemental weapon of water is the cup.[4] Each of the elements has several associated spiritual beings. The archangel of water is Gabriel, the angel is Taliahad, the ruler is Tharsis, the king is Nichsa and the water elementals are called Ondines.[1] It is referred to the upper right point of the pentagram in the Supreme Invoking Ritual of the Pentagram.[2] Many of these associations have since spread throughout the occult community.