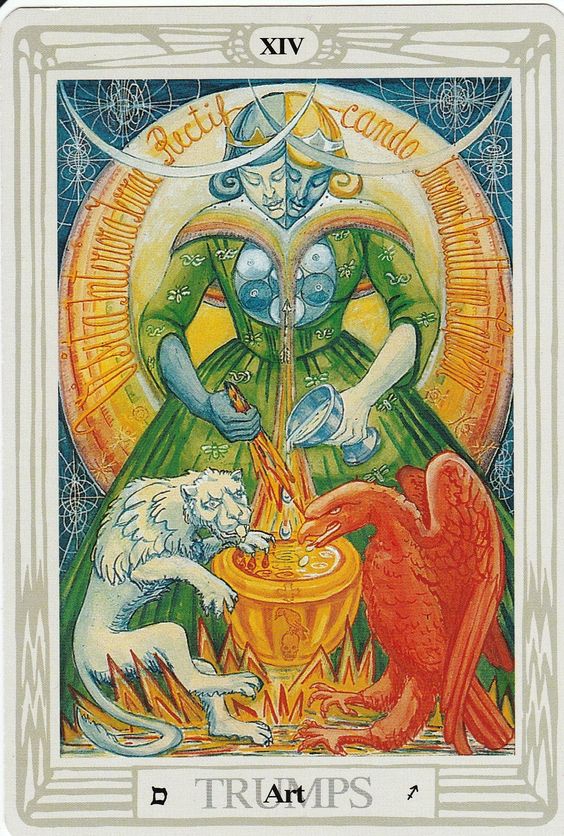 Element: Fire
Number: 14 as two times the 7, adjustment of destiny

The Art represents the art of alchemy, the ability to solve and combine, to turn something plain into something precious.

The alchemical union of fire and water portrayed above the head of the Fool, has now moved to the center of the picture. The whole card is characterized by symbols of integration, the unification of opposites.
The binding together of fire and water, light and dark, male and female, death and rebirth, is an internal process. The melting of contra- dictions is a major step toward oneness. The opposing forces transform themselves into a new state of being. The marriage of Emperor and Empress shown on the card The Lovers, reaches now its fulfillment. This is the highest art of transformation. The bringing together of opposites is a preparation for generating something new. The large sun and the moons crossing it give birth to the stars in the background.
The dress is the color of creativity – green. The Latin sentence inscribed on the sun translates to »Examine the inner realms of the Earth; by cleansing you will find the hidden stone.« This has many meanings on different levels (as do many of the images and symbols in this Tarot), but the most useful is seen in the context of the green dress (creativity) und suggests the necessity of bringing creative forces into contact with earth energy.

The lion and eagle, assistants in the alchemical process, have already completed their transformation. We saw them first on the card called The Lovers. They have grown in size and significance. The lion, re- presentative of the element fire has taken on the color of water. The eagle, a higher form of the scorpion, and a representative of the element water, has taken on the color of fire. This image of balance, inversion and integration is repeated on the golden alchemical urn; the raven on the skull is a symbol of death and rebirth. The dark-skinned king now has a light-skinned face, and the light-skinned queen now has a dark- skinned face. The face of the queen, on the left, looks to the hand at the right, while the face on the right concentrates on the hand to the left. Water and fire pour into the urn. The fire consumes the water and the water extinguishes the fire.

The steam, energy of the new, rises. The arrow (in the center of the body) re-emphasizes this. The steam forms two rainbows, symbols of wholeness, which surrounds the shoulders of the androgynous figure. The eight circles on the chest (two are covered) symbolize symmetry and balance. The honeybees (on the Queen’s robe on the card The Lovers) and the snakes (on the King’s) have intermingled. The bees stand for art, perception and integration. 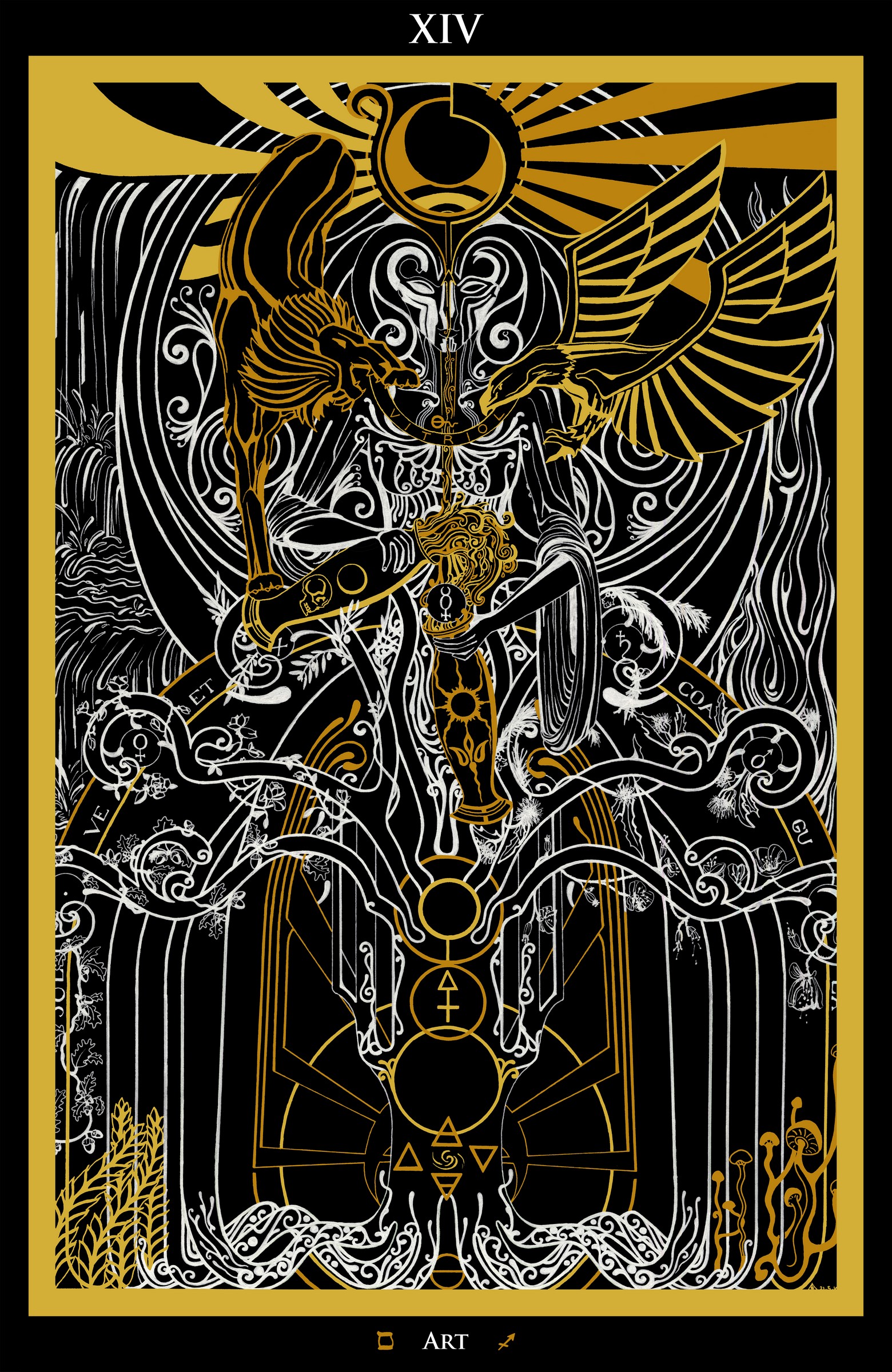 The Death by Ina Audeirieth