Initiates of the flame 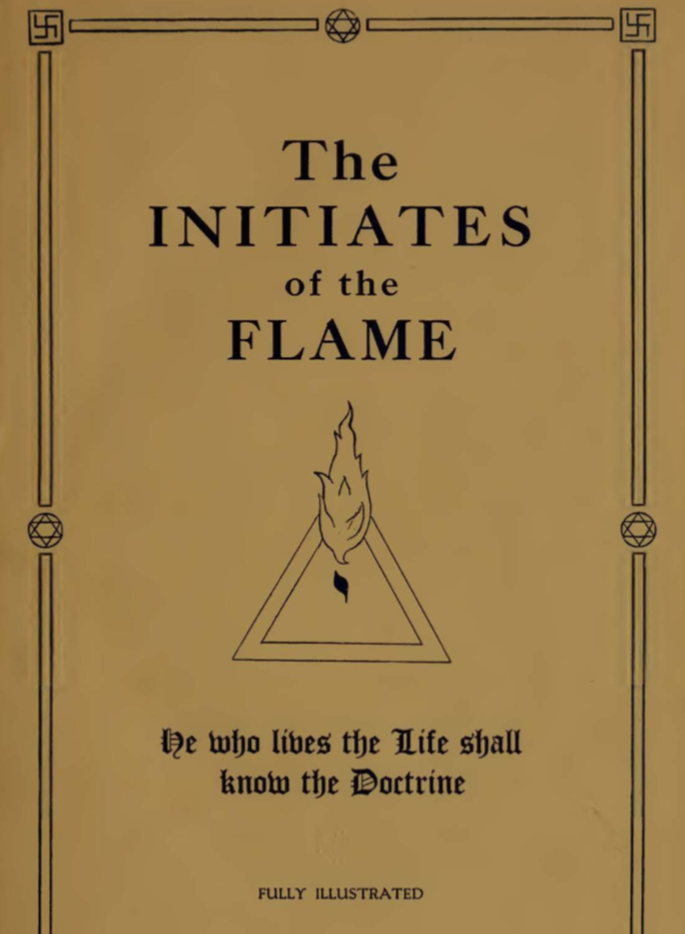 Few realize that even at the present stage of civilization in this world, there are souls who, like the priests of the ancient temples, walk the earth and watch and guard the sacred fires that burn upon the altar of humanity. Purified ones they are, who have

renounced the life of this sphere in order to guard and protect the Flame, that spiritual principle in man, now hidden beneath the ruins of his fallen temple.

As we think of the nations that are past, of Greece and Rome and the grandeur that was Egypt’s, we sigh as we recall the story of their fall; and we watch the nations of today, not knowing which will be the next to draw its shroud around itself and join that great ghostly file of peoples that are dead.

But everywhere, even in the rise and fall of nations, we see through the haze of materiality, justice; everywhere we see the reward, not of man but! of the invincible One, the eternal Flame.

A great hand reaches out fron1 the unseen and regulates the affairs of man. It reaches out from that great spiritual Flame that nourishes all created things, the never-dying fire that burns on the sacred altar of Cosmos-that great fire which is the spirit of God.

If we turn again to the races now dead, we shall, if we look, find the cause of their destruction. The light had gone out. When the flame within the body is withdrawn, the body is dead. When the light was taken from the altar, the temple was no longer the dwelling place of a living God.

Degeneracy, lust, and passion, hate, and fears, crept into the souls of Greece and Rome, and Black Magic overshadowed Egypt; the light upon the altar grew weaker and weaker. The priests lost the \Vord, the name of the Flan1e. Little by little the Flame flickered out, and as the last spark grew cold, a mighty nation died, buried beneath the dead ashes of its own spiritual fire.

But the Flame did not die. Like the spirit of which it is the essence, it cannot die, because it is life, and life cannot cease to be. In some wilderness of land or sea, it rested once again, and there rose a mighty nation around that flatne. So history goes on through the ages. As long as a people are true to the Flame, it remains, but when they cease to nourish it with their lives, it goes on to other lands and other worlds.

Those who worship this Flame are now called heathens. Little do we realize that we are heathen ourselves until we are baptized of the Holy Spirit, which is Fire, for fire is Light, and the children of the Flame are the Sons of Light, even as God is Light.

There are those who have for ages labored with man to help him to kindle within himself this spark, which is his divine birthright. It is these who by their lives of self-sacrifice and service have awakened and tended this fire, and ‘Who through ages of study have learned the mystery it contained, that we now call the “Initiates of the Flame.”

For ages they have labored with mankind to help him to uncover the light within himself, and on the pages of history, they have left their seal, the seal of Fire.

Unhonored and unsung they have labored with humanity, and now their lives are used as fairy stories to amuse children, but the time will yet come when the world shall know the work they did, and realize that our present civilization is raised upon the shoulders of the mighty demigods of the past. We stand as Faust stood, with all our lore, a fool no wiser than before, because we refuse to take the truths they gave us and the evidence of their experiences.

THERE IS BUT ONE RELIGION IN ALL THE WORLD, and that is the worship of God, the spiritual Flame of the universe. Under many names, He is known in all lands, but as Iswari or Ammon or God, He is the same, the Creator of the universe, and fire is His universal symbol.

We are the Flame-Born Sons of God, thrown out as sparks from the wheels of the infinite. Around this Flame we have built forms which have hidden our light, but as students we are increasing this light by love and service, until it shall again proclaim us Suns of the Eternal.

Within us burns that Flame, and before Its altar the lower man must bow, a faithful servant of the Higher. \Vhen he serves the Flame he grows, and the light grows until he takes his place with the true Initiates of the universe, those who have given all to the Infinite, in the name of the Flame within.

Let us find this Flame and also serve it, realizing that it is in all created things, that all are one because all are part of that eternal Flame, the fire of spirit, the life and power of the universe.

Upon the altar of this Flame, to the true creator of this book, the writer offers it, and dedicate to the one Fire which blazes forth from God, and is now hidden within each living thing.

This Article To Be Updated …