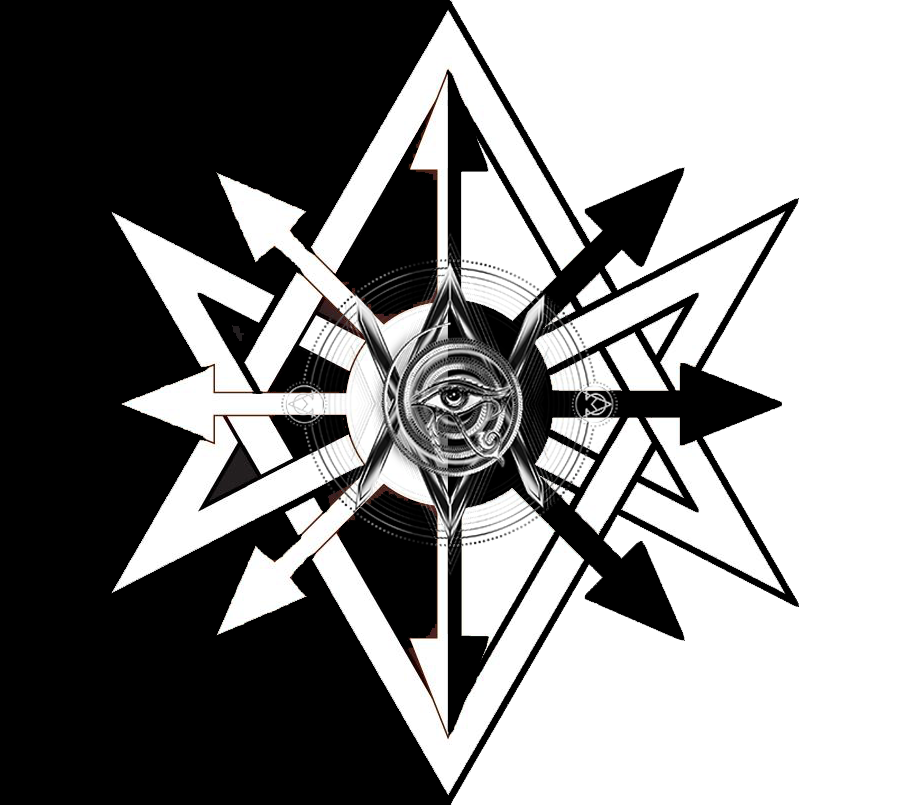 Duality describes humanity’s usual condition. Happiness exists only because of misery, pain because of comfort, good because of evil, yang because of yin, black because of white, birth because of death, and existence because of non-existence. All phenomena must be paired, as the senses are only equipped to perceive differences. The thinking mind has the property of splitting everything it encounters into two, as it is a dualistic thing itself. Yet there is a part of man which is of a singular nature, although the mind is unable to perceive it as such.

Man considers himself a center of will and a center of perception. Will and Perception are not separate but only appear so to the mind. The unity which appears to the mind to exert the twin functions of will and perception is called Kia or Prana by magicians. Sometimes it is called the spirit, or soul, or life force, instead. Prana cannot be perceived directly because it is the basis of consciousness (or the experience), and it has no fixed qualities which the mind can latch on to. Prana is the consciousness, it is the source of elusive “I” which confers self-awareness but does not seem to consist of anything itself. The experience of prana can sometimes be felt as ecstasy or inspiration, but it is deeply buried in the dualistic mind (governed by elemental principles). Prana is but a small fragment of the great life force of the universe, which contains the twin impulses to immerse itself in duality and to escape from duality. It will continuously reincarnate until the first impulse is exhausted. The second impulse is the root of the mystic quest, the union of the liberated spirit with the great spirit. To the extent that the prana can become one with Chaos, and it can extend its will and perception into the universe to accomplish different magical purposes.

Between Chaos and ordinary matter, and between prana and the mind, there exists a realm of a half-formed substance called Aether. It is a dualistic matter but of a very tenuous, probabilistic nature. It consists of all the possibilities which Chaos throws out which have not yet become solid realities. It is the “medium” by which the “non-existent” chaos translates itself into “real” effects. It forms a sort of backdrop out of which real events and real thoughts materialize. Because aetheric events are only partially evolved into dualistic existence, they may not have a precise location in space or time. They may not have a precise mass or energy either, and so do not necessarily affect the physical plane. 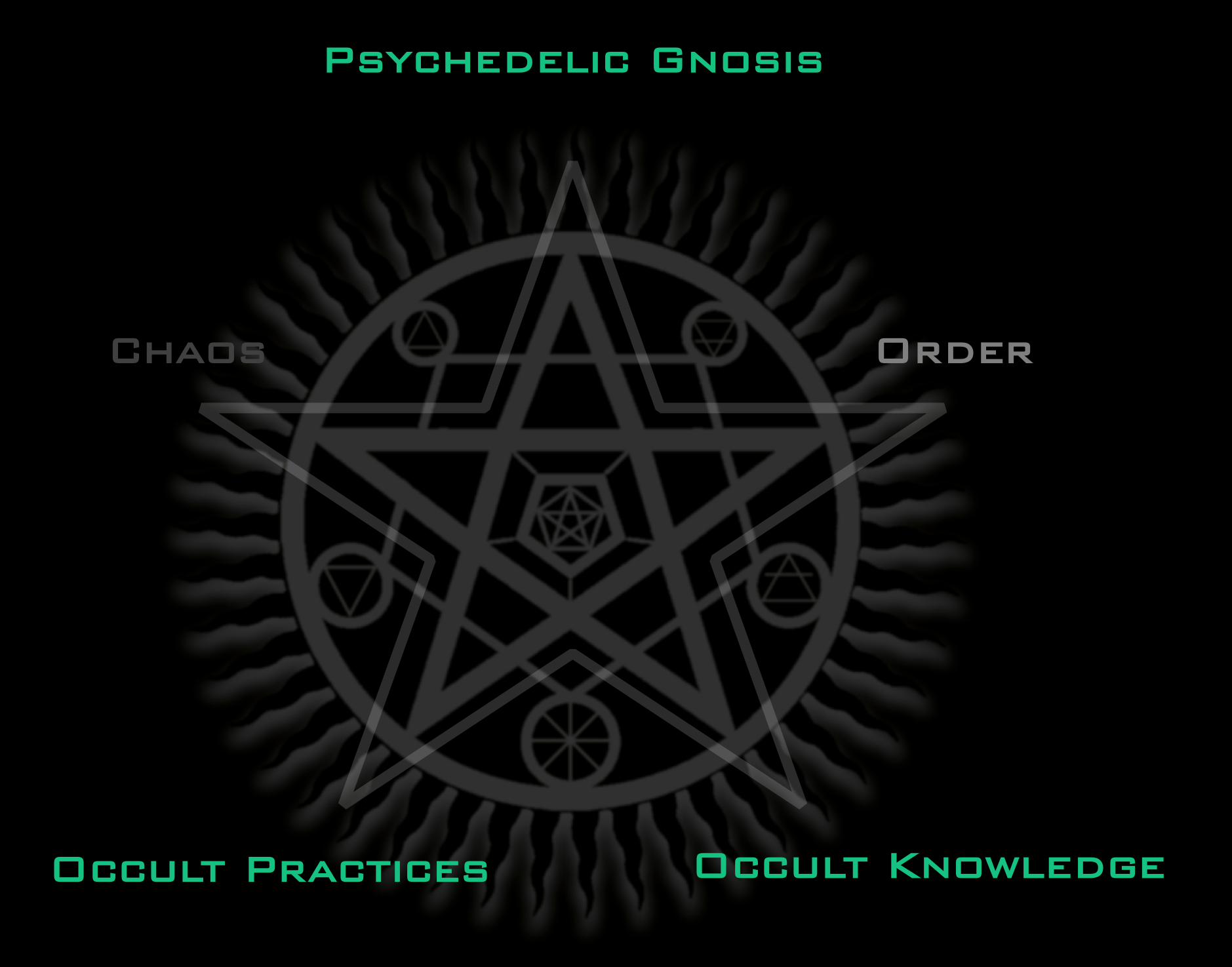 Becoming LIBER NULL is about liberating one’s life force from the bondage of unconscious patterns governed by laws of polarity.  Once the liberation of the prana is attained, the magician acquires the ability to accomplish magical acts such as  Healing, Divination, Enchantment, Invocation, Evocation.

To govern elementary spirits and thus become king of the occult elements, we must first have undergone the initiation to the elemental world, which itself is a series of five initiations. Advancement through the grades of the First Order or Outer Order is designed to convey to the aspirant an understanding of the four Elemental principles of nature. But, more importantly, the aspirant must learn to realize and balance these four Elements as indispensable ingredients of his/her own psychological and spiritual make-up. The key objective of the First Order could be summed up in the following phrase: 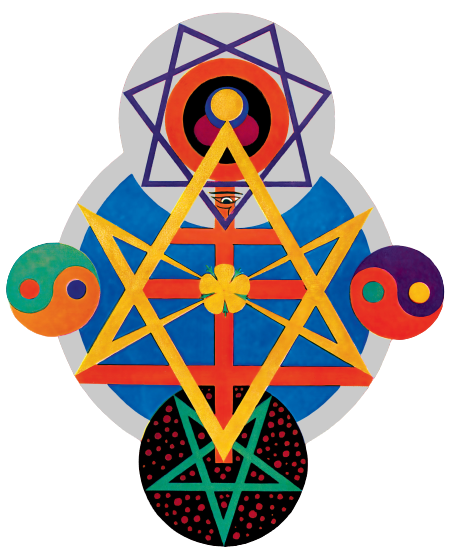 The grades of initiation to become Liber Null are as follow: 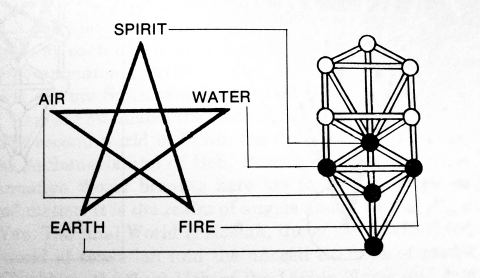 Figure1. The relation between the pentagram and the tree of life sephiroth

These grades are totally adapted to be mapped according to the tree of life structure, which is one of the important reference cosmogony (Psychocosm – map of the mind) systems on the psychedelic gnosis path. Therefore, it can be simply mapped to the grades defined in any other system that has a similar reference map e.g., Hermetic Order of The Golden Dawn, kundalini Yoga, etc.

The Kundalini Yoga is yet another important reference system in the journey of self-initiation. According to Kundalini Yoga, to rise the kundalini force to the higher chakras, one requires to open/balance the four first chakras naming Root (Earth), Sacral (Water), Solar (Fire), Heart (Air). The correlation between the elements and the first 5 chakras belongs to many traditions and is generally maintained in the modern New Age interpretations of the chakras. Through rituals and meditations, the elements are invoked for balancing one’s elemental body or for other purposes such as healing, manifestation, etc. Following the Vedic connection between the 5 elements and the first 5 chakras helps us to draw inspiration from the reclaiming tradition for the understanding of the frequency of each element in a deeper sense. 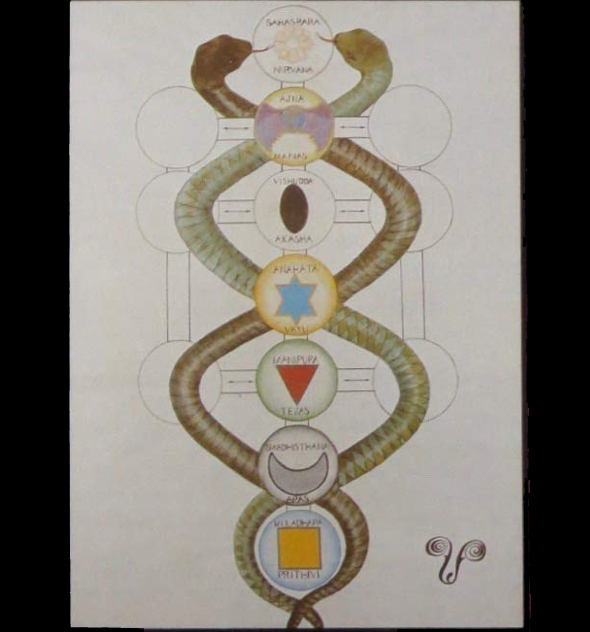 However, It is noteworthy to mention that there is no defined linear order one could expect on the journey of initiation to Liber Null. Our spirit is an inter-dimensional portal and our chakras are the means for it. Once the connection with the spirit is established, the linear laws of reality could significantly become diminished. Unlike what is actually being presented by most of the modern lodges in the forms of ordered ceremonial initiations (physical), considering different aspirants possessing different elemental qualities, the astral initiation is completely a non-linear process that happens beyond the scale of one’s lifetime.

To accomplish self-initiation to the grade of Liber Null, one shall prepare the body-mind complex. The body is the temple of a magician. In order to experience and process the prana in its purest form, one needs to become pure both physically and mentally. To cleanse the physical body, one requires to incorporate a fine-tuned discipline in Asana and Pranayama. There are numerous benefits when it comes to Asana practices, but the most significant ones to point are the spinal health and flexibility that it gives to the aspirant, moreover the integration of the nervous system by bringing the light to the darkest point of the body. Practicing the art of asana, ultimately, will provide the required flexibility for sitting in a full lotus position and meditating continuously for a long period of time without any hard sensation or feelings of the physical body; the essential for kundalini rising and practicing the art of gnosis. On the other hand, through pranayama, the aspirant not only starts with the accumulation of prana in one’s aura but also practices the art of meditation or controlling the mind. As a master once said:

Learning about elemental equilibrium through ritual work or different forms of meditation (e.g. mantra, yantra). This is about acquiring the ability to distinguish, communicate, and balancing the elemental qualities through active visualization and mantra work either combined or solely.

Practicing the Art of Gnosis

The mind is said to be twofold – pure and impure. It is pure when it is completely free from desires and impure when it is in union with desires. By making the mind motionless and freeing it from sloth and distractions, one reaches the state of Gnosis (No-Mind/Trance/Samadhi).

Methods of achieving gnosis can be divided into two types. In the inhibitory mode, the mind is progressively silenced until only a single object of concentration remains. In the excitatory mode, the mind is raised to a very high pitch of excitement while concentration on the objective is maintained. Strong stimulation eventually elicits a reflex inhibition and paralyzes all but the most central function — the object of concentration. Thus strong inhibition and strong excitation end up creating the same effect — the one-pointed consciousness, or gnosis. Neurophysiology has finally stumbled on what magicians have known by experience for millenia. As a great master once observed:

“There are two methods of becoming god, the upright or the averse.” Let the mind become as a flame or a pool of still water. It is during these moments of single -pointed concentration, or gnosis, that beliefs can be implanted for magic, and the life force induced to manifest.

You can discuss your path of Initiation with us through our online sessions and community forum!