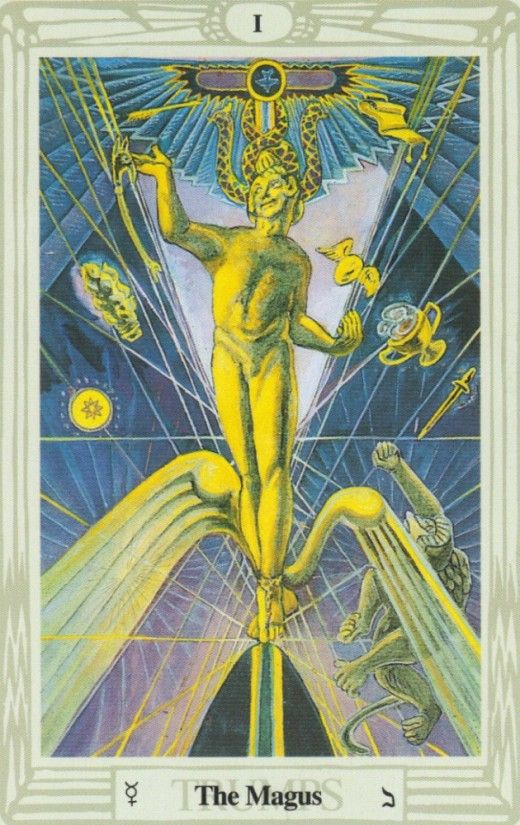 Self-realization, a strong will, the energy to have one’s way

Sun/Mercur in Aries; the sun for power and charisma, Mercury for agility and dexterity

The Magus is represented by the Greek god Mercury, the messenger with wings of pure spirit (see the yellow wings on his feet). Mercury bears energy which spreads and radiates from him. The cards represents the Will, Wisdom and the Word through which the world was created.

Mercury balances with great skill on the tip of a surfboard-shaped stand and juggles with the different tools of communication. He is a genius at using all the possibilities available to him.

In his duality, Mercury stands for truth and falsehood. He brings all set ideas and judgements into question, which often makes him appear in a questionable light himself. As a creative creature, he knows no conscience. He uses all tools, all methods, to arrive at his goal. The temptation to misuse his talents is great. His ability and skill lend him superiority and power. He moves on the narrow border between white and black magic. This means he needs constant self-examination. He can use his talents in a self-seeking manner, or in the service of love and light.

In this painting, the Magus plays with the possibilities of communication, he wears a smile, meaning that he communicates with humor. The humorous playful ease with which he manipulates his ability is an indication of its potential positive use. The monkey is the companion of the Egyptian god of Wisdom, Thoth. He illustrates that wisdom can never be regulated in set ways. Any external manifestation, for example through words, includes in it some illusion.

The two snakes at his head are an ancient Egyptian symbol for healing and regeneration (Caduceus). In this context they refer to the regeneration of thought. Above them is the Eye of Horus (god of Perception) with the symbol of a dove (bearer of the spirit). The Magus receives inspiration from the soul of the Universe whose message he spreads on Earth. This is more strongly expressed by the blue/yellow energy- beam which enters his head, penetrates through his body, and emerges again at his feet.

He cannot fulfill his tasks without constantly remaining in touch with the spiritual forces of the universe. He is always in the service of a superior law. When he recognizes and accepts this as his true function, he bears clarifying light into the darkness of ignorance and misunderstanding. 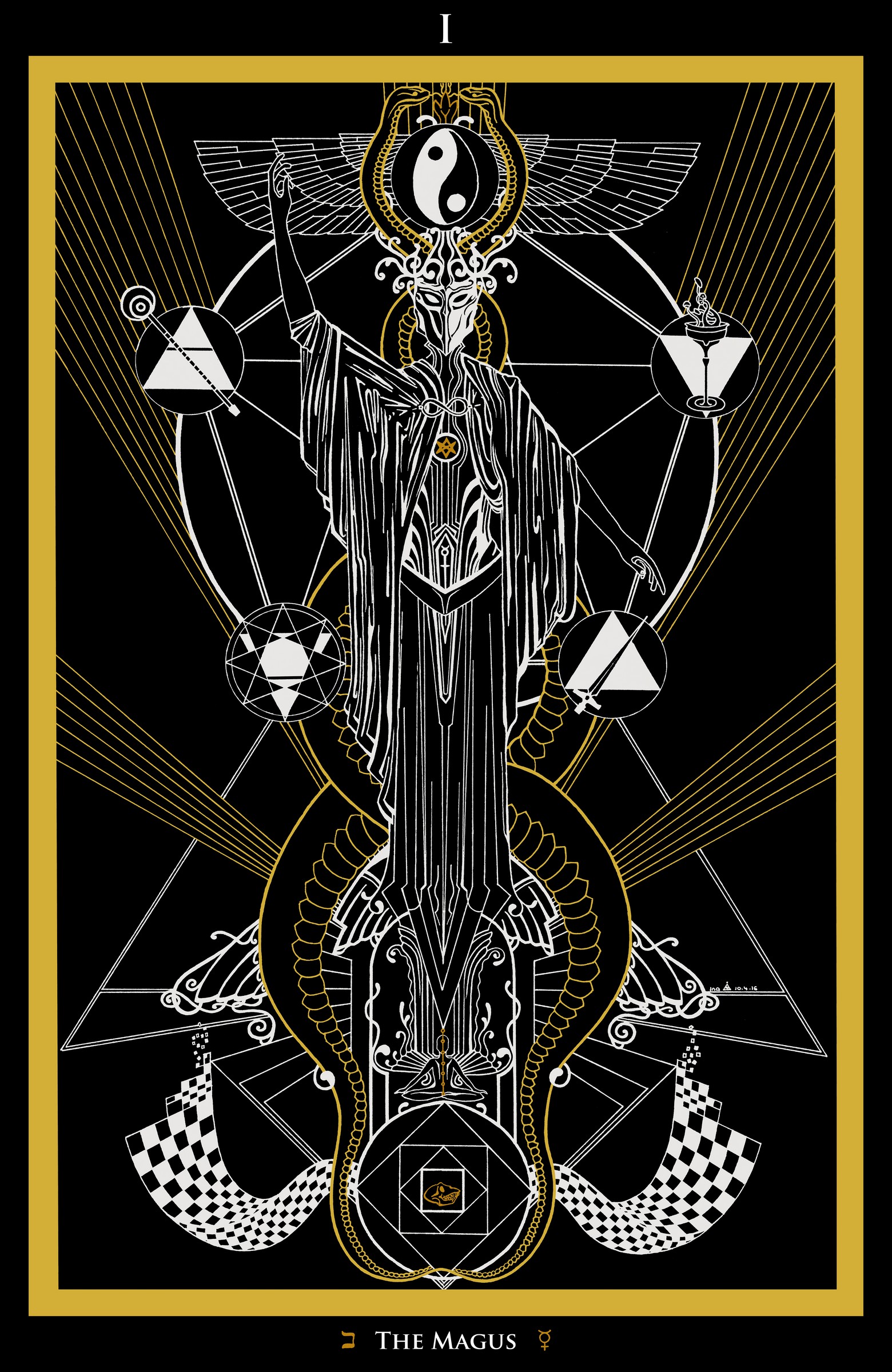 1_ The Magus by Ina Audeirieth