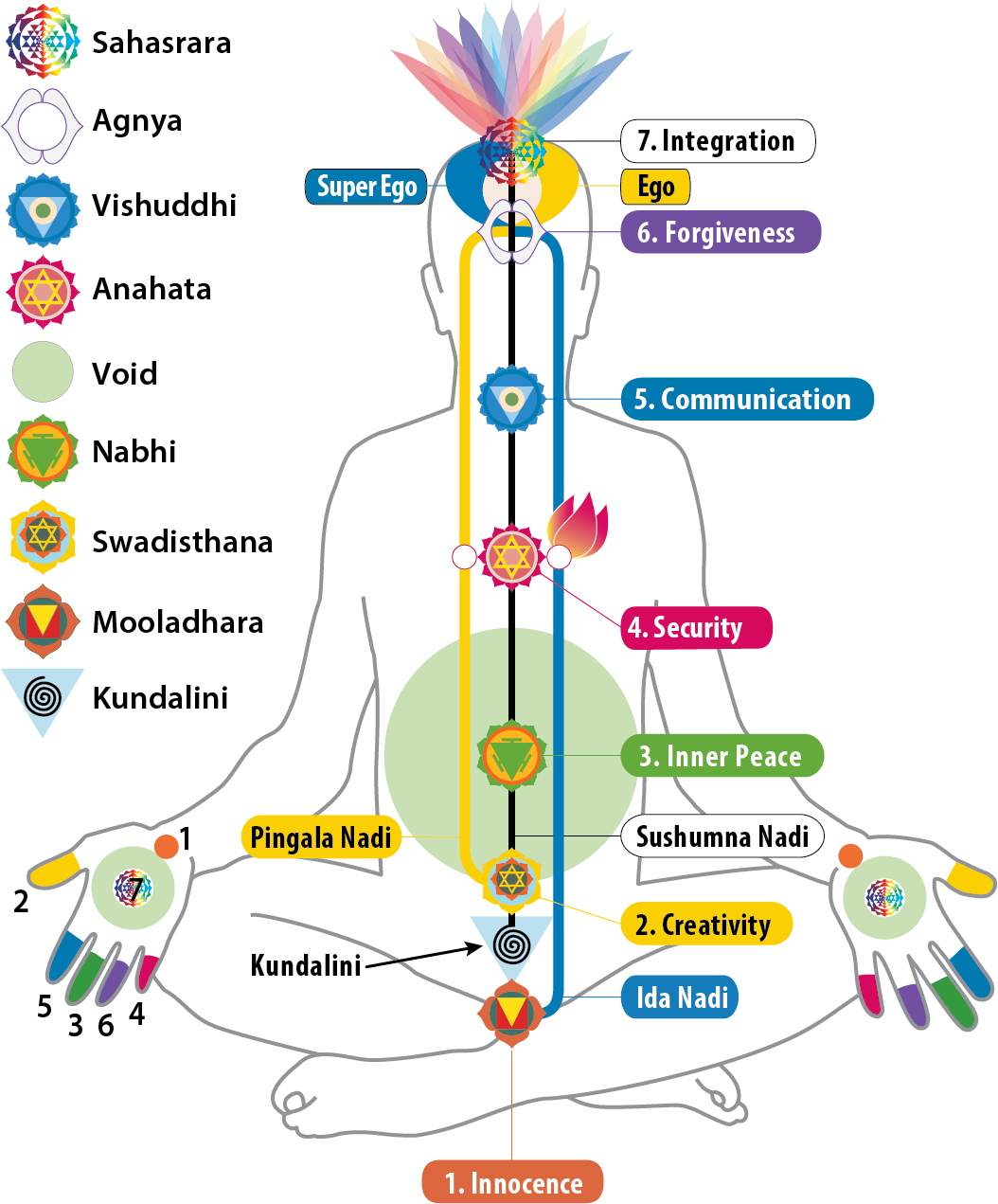 Nāḍī (Sanskrit: नाडी, lit. ‘tube, pipe, nerve, blood vessel, pulse’) is a term for the channels through which, in traditional Indian medicine and spiritual knowledge, the energies such as prana of the physical body, the subtle body and the causal body are said to flow. Within this philosophical framework, the nadis are said to connect at special points of intensity, the chakras.[1] The three principal nadis run from the base of the spine to the head, and are the ida on the left, the sushumna in the centre, and the pingala on the right.

The nadis play key role in yoga, as many yogic practices, including shatkarmas, mudras and pranayama, are intended to open and unblock the nadis. The ultimate aim of some yogic practises are to direct prana into the sushumna nadi specifically, enabling kundalini to rise, and thus bring about moksha, or liberation.

Nadi is an important concept in Hindu philosophy, mentioned and described in the sources, some as much as 3,000 years old. The number of nadis of the human body is claimed to be up to hundreds-of-thousands and even millions. The Shiva Samhita treatise on yoga states, for example, that out of 350,000 nadis 14 are particularly important, and among them, the three just mentioned are the three most vital.[1] The three principal nadis are ida, pingala, and sushumna.[2] Ida (इडा, iḍā “comfort”) lies to the left of the spine, whereas pingala (पिङ्गल, piṅgala “orange”, “tawny”, “golden”, “solar”) is to the right side of the spine, mirroring the ida. Sushumna (सुषुम्णा, suṣumṇā “very gracious”, “kind”) runs along the spinal cord in the center, through the seven chakras. When the channels are unblocked by the action of yoga, the energy of kundalini uncoils and rises up the sushumna from the base of the spine.[2]