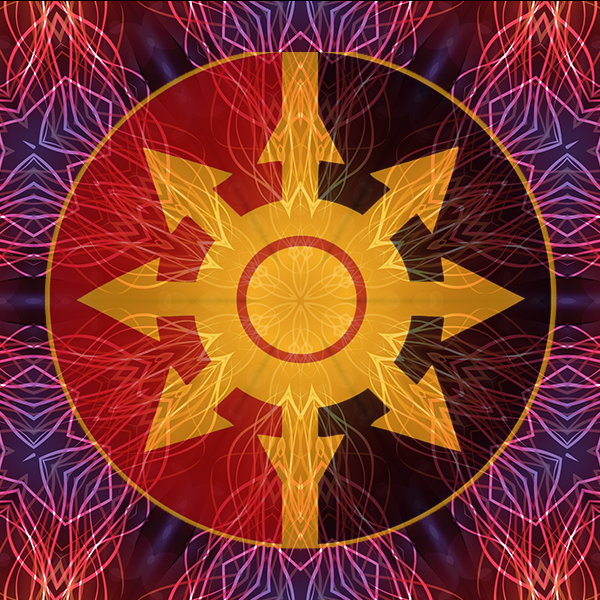 The term psychedelic means “mind-manifesting” which implies that all potential states of mind may be manifested under psychedelic states of consciousness experienced as a result of different techniques namely deep meditation, dancing, chanting, drumming, fasting, tantric sex, and using herbs and ethnobotanical agents solely or in combination with other techniques. If normal consciousness moves in a straight line along a spectrum of many possible states, psychedelics represent a unique and reversible destabilization of this linear spectrum where consciousness can assume multiple points of consciousness simultaneously. The emergence of multi-state consciousness represents a system that has destabilized from the linear output and has become nonlinear and exponentially complex. Thus, in psychedelic perception, the linear functions of consciousness diverge into a complex nonlinear state where multiple perspectives and analytical outputs may be experienced simultaneously. This destabilized state of nonlinear complexity is where new information is generated in the human mind.

Increased Brain Connectivity in a psychedelic state of consciousness

The higher meaning of Gnosis is knowledge from experience, especially experience of divinity or that which is beyond the five senses. The word Gnosis does not refer to knowledge that we are told or believe in. Gnosis is conscious, experiential knowledge, not merely intellectual or conceptual knowledge, belief, or theory. This term is synonymous with the Hebrew דעת “da’ath” the Arabic mari’fah, the Tibetan rigpa (knowing), and the Sanskrit “jna.”

Psychedelic gnosis (the term has been coined by Gnostic Serpent) is about the experience of higher forms of knowledge through the manifestation of the psyche in induced altered states of consciousness. The Psychedelic Gnosis is a novel notion and yet an ancient technology imprinted on our DNA.

Multidisciplinary observation and study of different mystical systems that all of them analyzed to be based upon nature-worship, illuminates us about the correlation between nature without and the nature of man within. This simple yet mysterious fact that was concealed from the multitudes is the very essence of the secret teachings of the ancient world. On the Psychedelic gnosis path, the aspirant strives to study, understand, and experience the symbiotic relationship between man and nature by leveraging different evolutionary tools and techniques developed by both humans and mother nature during our evolutionary journey on planet Earth.

Today by the advent of the Internet we have incredible access to the ocean of collective information from all over the planet. The Internet is simply becoming an extension of our psyche both on individual and collective levels which is connecting us now beyond limitation imposed by space-time. The situation has now changed on many levels for humans, no more room for knowledge and information possession or secrecy in the way we used to have in secret societies. Now, the Internet made it possible to access not only the state of the art in the world of modern science but also the most esoteric and occult information on various weblogs and online documents. This is a golden opportunity in human history, the time that we can remember our forgotten truth and re-establish our missing link to our true nature.

However, having mere access to an ocean of information ain’t always positive itself, since it could even bombard our consciousness with unnecessary inputs that harm our psyche in many ways.

As Edward Wilson once said

“We are drowning in information while starving for wisdom. The world henceforth will be run by synthesizers, people able to put together the right information at the right time, think critically about it, and make important choices wisely.” 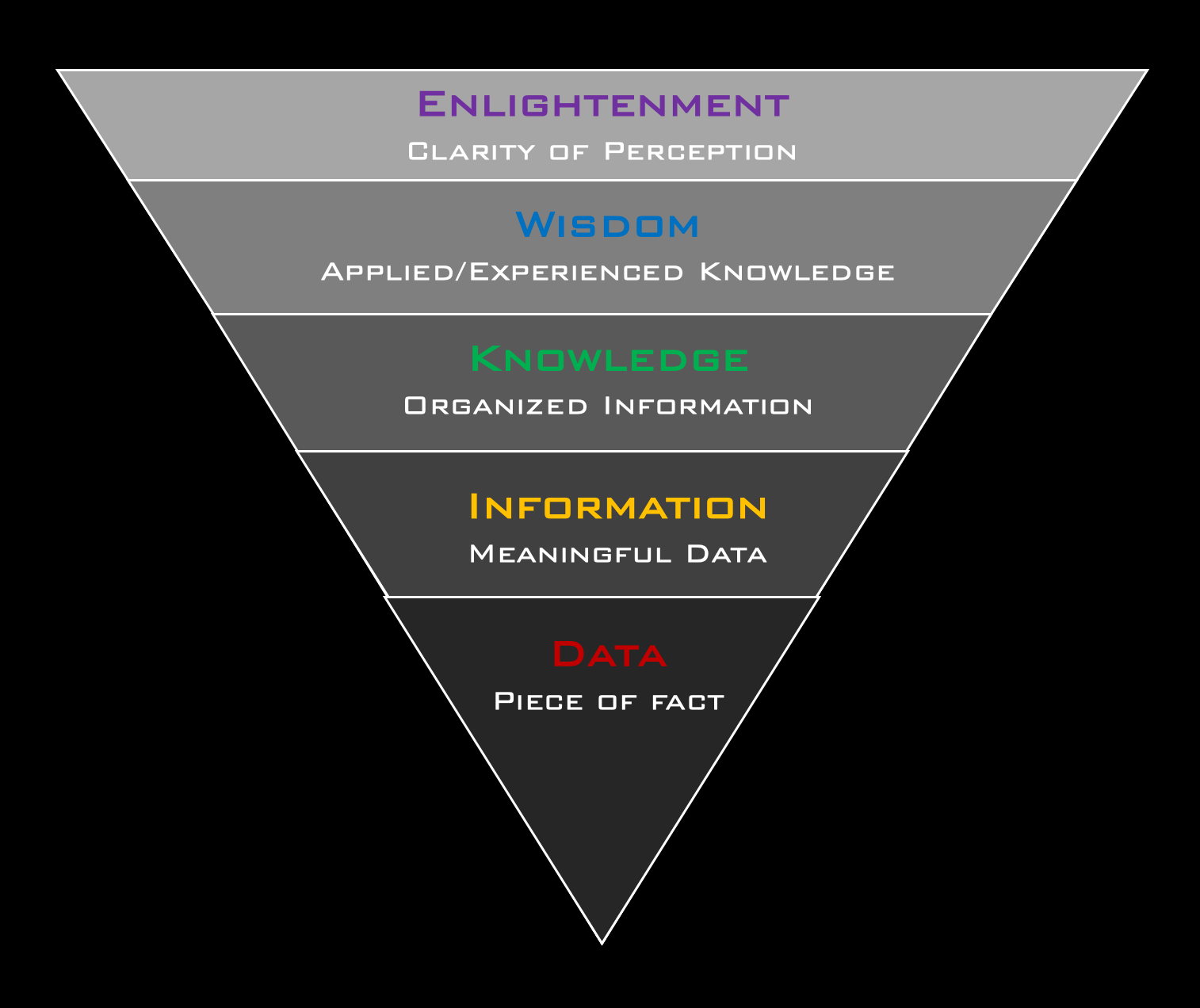 Putting up the right information at the right time is an ability that comes from one’s state of consciousness. In order to perceive the truth underlying the surface of reality, sometimes we need to experience and perceive things from altered states of consciousness or in other words, experiencing different frequencies of the same stream of light all at once! This is the true source of gnosis. This is an ability to refine knowledge into wisdom or spiritual understanding, this is the path that leads to the so-called experience of “Enlightenment”.

The Psychedelic Gnosis path takes a multidisciplinary approach toward the exploration of the human psyche and higher states of consciousness. To acquire a good understanding of the foundation of psychedelic gnosis, it is highly recommended to start with the self-initiation process.

The goal of initiation is to bring about the illumination of the human soul by the Inner and Divine Light. A true “initiate” is an individual whose Higher Self (or Higher Genius) has merged with the Lower Personality and actually incarnated into the physical body. The Personality is left in charge of the day-to-day routines of living and working, but the Higher Genius is free to look out at the world through the eyes of the initiate. Through this experience, the individual is given a permanent extension of consciousness which is impossible to mistake. Many times a student of the mysteries is drawn to a particular mystical current without knowing it. A series of “coincidences” and synchronicities will often direct (or sometimes shove) a person toward that current through books or through meeting other people who also have a connection with the current. However, a full initiation, or the dawning of the Inner Light, is evident when the entire aura is illuminated. The Higher Self, also called the Augoides or Body of Light, comes into manifestation in the material body when true initiation occurs. But a great deal of preparation is necessary prior to this. Before it is possible for the Higher Genius to manifest in the consciousness, the Lower Personality must be tuned to the same wavelength as that of the Inner Self. The Genius carries out its existence in the higher spiritual realms in the same manner that the Lower Personality carries out its functions in the lower worlds. The desire of the Higher Self is to maintain equilibrium with the Light Divine, while the ambition of the Lower Self is to maintain an alignment with the mundane world. In order for a spiritual initiation to take place, the Lower Personality must be reoriented and realigned with the aspirations of the Higher Self. This requires a total shift in outlook and single-minded devotion to the Divine Union. It also requires self-sacrifice on the part of the Lower Personality-the part of the psyche which is ruled by the principles of “me first” and “I want.” To the average secular person, sacrificing the needs of the Lower Personality seems foolish, but the submission of the Lower to the Higher Divine Self truly results in the attainment of something which is far more satisfying and durable than momentary wants and desires.

The act of initiation is of prime importance to spiritual growth and personal evolution. As the Personality is gradually taught through magical studies and moved into an alignment with the Higher Self through purification and ritual work, the Divine Light begins to permeate the aura (the sphere of sensation) of the individual. The seed that an initiation plant within the soul of the magician is a perpetual one that will remain intact throughout many different incarnations, growing stronger as the person rediscovers his/her psychic abilities with each new life cycle. None of this mystical knowledge is ever lost when an initiate undergoes physical death; it is recovered at the appropriate time in the next incarnation, and the process of mystical growth continues from the point where it left off. As this process happens beyond the linear dimension spiritual evolution can take many life cycles to fully complete. The ultimate goal of an initiate undergoing this progression lifetime after lifetime is total and perfect union with the Divine Self, which frees him/her from the karmic wheel and the need to incarnate further into a physical body. At this pinnacle of spiritual attainment, the initiate has the choice of remaining in the glory of the Godhead or returning to physical form in order to teach and help other initiates who are “less evolved.”

Spiritual growth is an essential step in human evolution. In the not so distant past, animal species that failed to evolve in order to meet the challenges of a changing environment died out. Humanity, too, needs to evolve in order to confront the difficult challenges of a world which is experiencing great ecological threats, a skyrocketing population explosion, and rampant violence committed against human beings in the name of race, religion, and resources. As the primary cause of all these problems, it is humanity’s obligation to evolve spiritually and wisely, in order to correct them. If we as a species fail to evolve in this fashion, then we truly run the risk of extinction. Failure to achieve an initiation on whatever level in any given spiritual path or current is usually due to the unwillingness of the individual to sacrifice the petty needs and wants of the Lower Personality for that which is Higher. The Personality and its attendant mental archetypes are quite comfortable in the mundane world and will often put up a fight when threatened with change-intensifying their needs and desires in order to distract the initiate from the spiritual path. The Higher Powers who keep guard over certain magical currents can also place obstacles (both mental and physical) directly in the path of the student, not merely to discourage, but to test the mettle of the would-be initiate. (In a materialistic society, the pocketbook of the student is a favorite target of these guardians.)

The whole concept of the Gnostic Serpent Community is an ever-evolving idea out of the spiral of psychedelic gnosis fire. As a community, we are aiming to demystify our individual and collective experiences on the journey of self-exploration. Some of us have been pursuing this path for quite some time in this lifetime (and perhaps others) and some have just started taking on this journey, this makes a great opportunity for everyone to expand their knowledge, abilities and unite together as a community for the greater goods.

Here no one is superior and no one is inferior. We are just walking each other home.

The Gnostic Serpent online community has been designed and created in a way that it becomes the primary foundation for all of our future activities including both virtual & actual events & ceremonies.

We as a community are sharing the same vision and goal that is “To find our inner Guru“.

Psychedelic gnosis is a path of self-healing that we share and pursue together as a community.

The primary goal with our knowledge-base is to build up a fundamental library in the context of the psychedelic gnosis path. Our forum platform is to make the possibility for interactive knowledge sharing and discussing different topics among members. Last but not least, our psychedelic art gallery is a gallery of human manifesting spirit where we collect contemporary artworks of visionary and esoteric artists from all over the globe.

We are here to realize our astral visions

Continue reading on our knowledge base