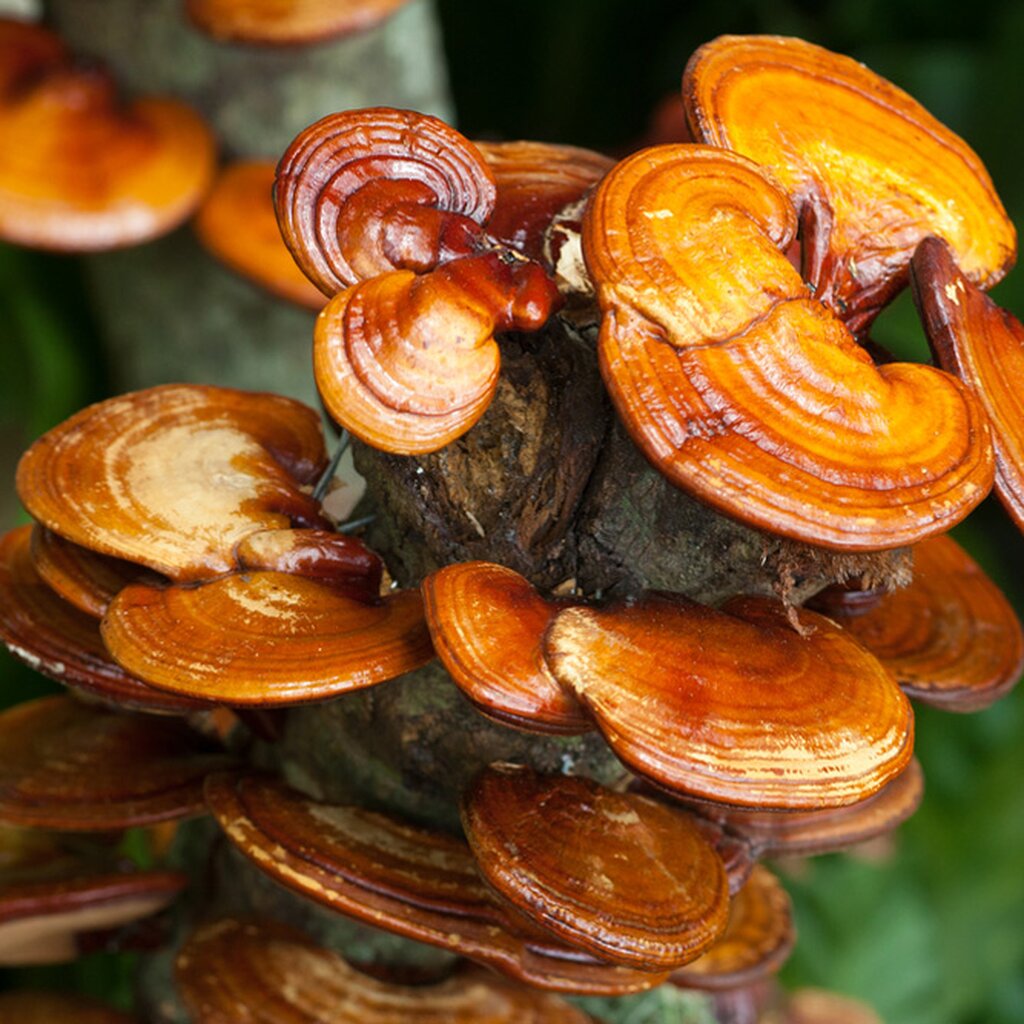 Ganoderma is a genus of woody polypore fungi which grow on live trees. In the Chinese Pharmacopeia, the official species are Ganoderma lucidum (Leyss. ex Fr.) P. Karst and Ganoderma sinense Zhao, Xu et Zhang. Another commonly encountered species is Ganoderma lingzhi Wu, Cao et Dai. In traditional Chinese medicine, the fungi are collectively known as Ling Zhi; in Japan, they are known as Reishi. In China, G. lucidum is known as Chizhi and G. sinense is known as Zizhi.

Recent molecular taxonomic and chemical studies have made it clear that the originally described European species G. lucidum and the East Asian medicinal species are not identical. The newly accepted name for the East Asian species traditionally called G. lucidum is Ganoderma sichuanense. However, most research worldwide has been published under the name G. lucidum. This includes the full genome sequence of G. lucidum. There are many other species of Ganoderma, which are difficult to distinguish from the medicinal species.[1]

In Chinese, the name lingzhi represents a combination of spiritual potency and essence of immortality, and is regarded as the “herb of spiritual potency,” symbolizing success, well-being, divine power, and longevity. Among cultivated mushrooms, G. lucidum is unique in that its pharmaceutical rather than nutritional value is paramount. A variety of commercial G. lucidum products are available in various forms, such as powders, dietary supplements, and tea. These are produced from different parts of the mushroom, including mycelia, spores, and fruit body. The specific applications and attributed health benefits of lingzhi include control of blood glucose levels, modulation of the immune system, hepatoprotection, bacteriostasis, and more. [2]

The combination of benefit without toxicity represents the desired end result in the development of effective therapeutic interventions. G. lucidum has been used for hundreds of years as a health promotion and treatment strategy; there are now many published studies that are based on animal and cellculture models and on in vitro assessment of the health effects of G. lucidum, and there are also some reports of human trials in the field. However, there is no cohesive body of research, and the objective evaluation of this traditional therapy in terms of human health remains to be clearly established. [2]

G. lucidum is a popular supplement taken by healthy individual to boost the immune system and by cancer patients along with conventional therapies. In this section, the scientific studies of G. lucidum on its anticancer properties are summerized.[2]