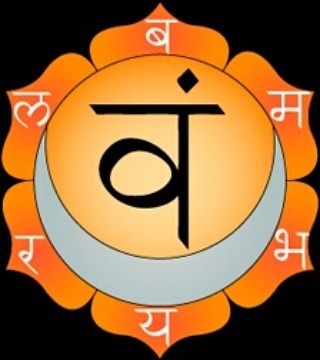 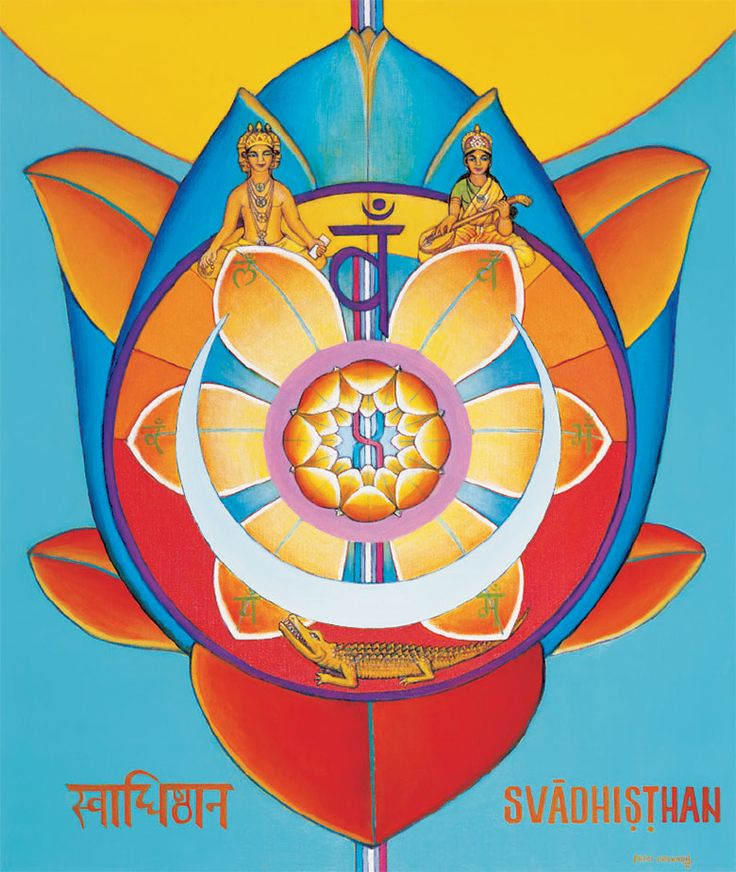 Now, the second center has all the attributes that characterize the unconscious. Therefore we may assume that the way out of our Muladhara existence leads into the water. A man I know who is not in analysis has had interesting dreams representing this quite frequently, and they were all identical. He found himself moving along a certain road, or a little street or path, either in a vehicle or on foot—the dream always began with such a movement—and then, to his great amazement, all these roads inevitably led into water, the second chakra.

Therefore, the very first demand of a mystery cult always has been to go into water, into the baptismal fount. The way into any higher development leads through water, with the danger of being swallowed by the monster. We would say today that is not the case with the Christian baptism—there is no danger in being baptized. But if you study the beautiful mosaic pictures in the Baptistry of the Orthodox in Ravenna (which dates from the fourth or the beginning of the fifth century, when the baptism was still a mystery cult), you see four scenes depicted on the wall: two describe the baptism of Christ in the Jordan; and the fourth is St. Peter drowning in a lake during a storm, and the Saviour is rescuing him. Baptism is a symbolical drowning. There are certain sects in Russia that, in order to make it real, put people under the water until they occasionally do get drowned. It is a symbolic death out of which new life comes, a newborn babe. The initiates are often fed with milk afterward, as in the cult of Attis, where after the baptism people were fed with milk for eight days as if they were little babies, and they got a new name. So the symbolism in the Svādhiṣṭhāna chakra is the worldwide idea of the baptism by water with all its dangers of being drowned or devoured by the Makara. Today, instead of the sea or leviathan we say analysis, which is equally dangerous. One goes under the water, makes the acquaintance of the leviathan there, and that is either the source of regeneration or destruction. And if that analogy holds true, then the analogy of the sun myth must hold true too, for the whole baptismal story is in the sun myth. You see that the sun in the afternoon is getting old and weak, and therefore he is drowned; he goes down into the Western sea, travels under- neath the waters (the night-sea journey), and comes up in the morning reborn in the East. So one would call the second chakra the chakra or mandala of baptism, or of rebirth, or of destruction—whatever the consequence of the baptism may be.

Now, here we have to speak of Kundalini and what she is, or how she can be awakened. You remember that Professor Hauer said that some instigation from above arouses Kundalini, and he also said one must have a purified buddhi, or a purified spirit, in order to arouse her. So the progress into the second chakra is possible only if you have aroused the serpent, and the serpent can only be aroused by the right attitude. Expressed in psychological terms, that would mean that you can approach the unconscious in only one way, namely, by a purified mind, by a right attitude, and by the grace of heaven, which is the Kundalini. Something in you, an urge in you, must lead you to it. If that does not exist, then it is only artificial. So there must be something peculiar in you, a leading spark, some incentive, that forces you on through the water and toward the next center. And that is the Kundalini, something absolutely unrecognizable, which can show, say, as fear, as a neurosis, or apparently also as vivid interest; but it must be something which is superior to your will. Otherwise, you don’t go through it. You will turn back when you meet the first obstacle; as soon as you see the leviathan you will run away. But if that living spark, that urge, that need, gets you by the neck, then you cannot turn back; you have to face the music.

In other words, Kundalinī occasionally awakens and rises to the Svādhishthāna Chakra. However, here it comes up against the barrier of our negative qualities such as envy, desire, jealousy, rage and greed. These block the energy so that it again returns to the Mūlādhāra Chakra. And in this way the consciousness of many people continues to oscillate between the two lowest Chakras without ever being able to rise higher. To break this cycle is not an easy undertaking, as we face an army of innumerable detrimental emotions, prejudices, resentments and fears that have accumulated during the course of many lives. The only thing we achieve if we fight against them forcefully is that they will either persist even more stubbornly, or recede into the depths of the subconscious and hide. Only when we consciously let go are we able to free ourselves from them. But letting go can be extremely difficult. We would, in fact, be very happy to be free of our fears and complexes, but somehow we do not dare let go of these qualities; instead we hold onto them firmly and nourish them. The ego leads us to believe that we would lose our identity and personality if we renounced them. And it is here in the Svādhishthāna Chakra that the ego fights with all possible means to retain its supremacy. [3]

The yoga practitioner who has learnt to question and analyse everything that occurs within the consciousness, recognises the causes for the emotions and reflexes that surface from the subconscious and is, therefore, able to cope with them more easily. Otherwise it can happen that we fall helplessly from one emotion into another, and for a long time we are unable to find our way out of the “blind-alley” of the Svādhishthāna Chakra.[3]