Enterity and completition, harmony between spirit and body

This is the last card of the Major Arcana. It closes the circle which began with The Fool. The great task has been brought to completion, and returns to the innocence and ingenuousness of The Fool. The drop disappears into the ocean, and the ocean pours into the drop. This completion is, at the same time, a new beginning on a higher level of being. The final goal is reached – the return to the original cosmic Oneness.

Now you see yourself and the world as it really is (Eye of Horus in the upper right). All garments and masks have become superfluous and useless because you are at one with your original nature. You are whirling, caught up in the perpetual dancing motion of the universe. The boundaries of your small »I« dissolve in orgasmic union with the universe.

The nude woman dances the dance of liberation. Through the Eye of Horus she has seen into the nature of limitations. With this insight (symbolized by the sickle she still holds in her right hand), she cuts through the web of ensnarement. Even the gigantic serpent of trans- formation has lost its function. The energy has been transformed and a new quality exists. The serpent has outlived its usefulness; there is nothing left which its poisonous bite could destroy.

The four cherubim blow the all-pervading spirit in all four directions. »See, all is new!«* 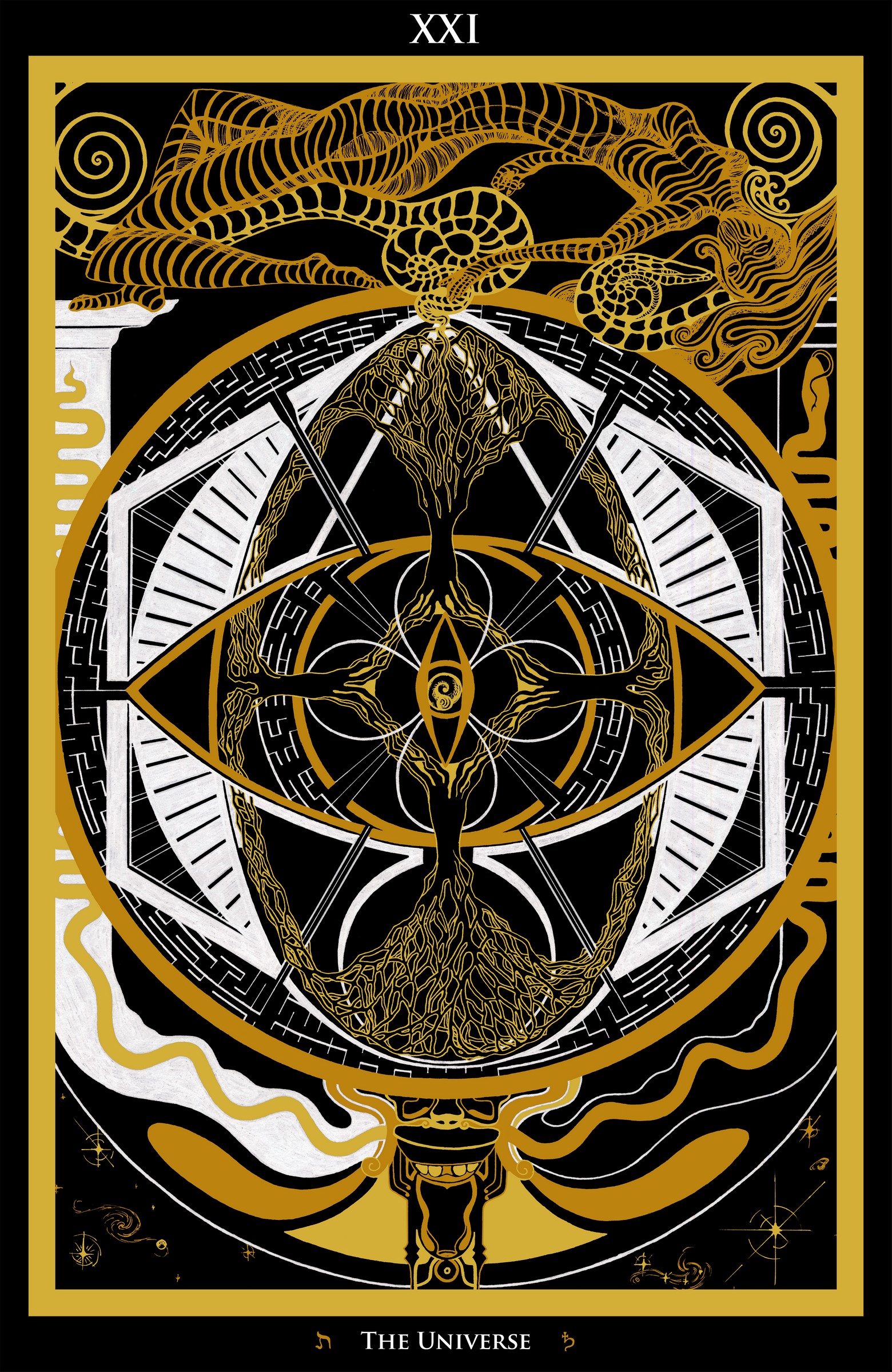 The Universe by Ina Audeirieth