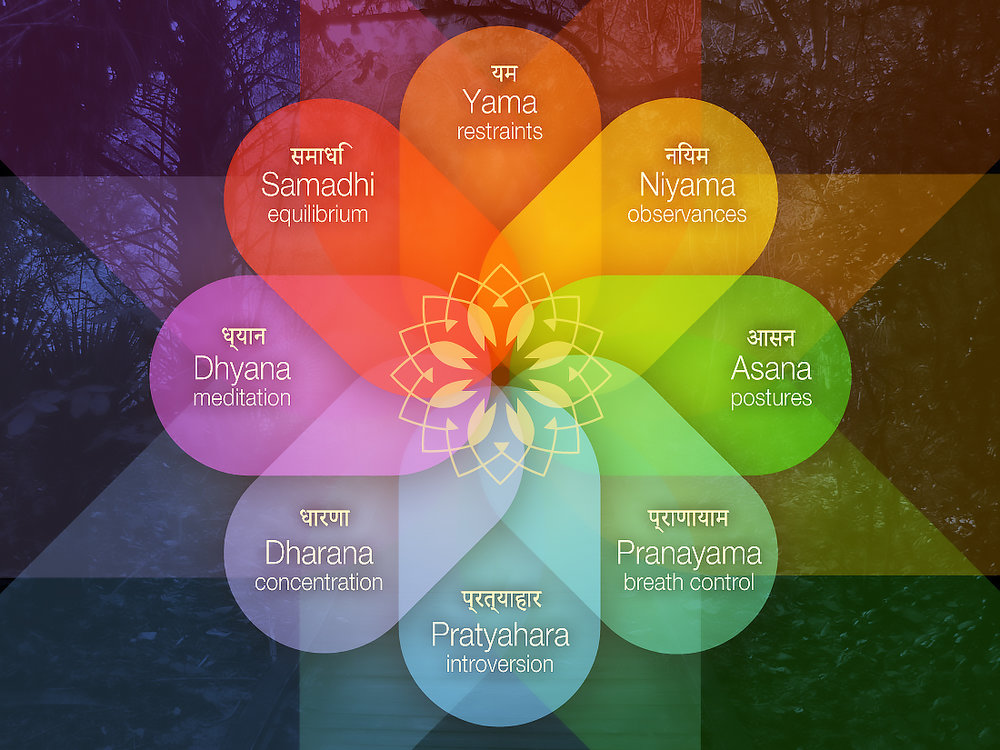 The word Yoga is derived from the Sanskrit root yuj meaning to bind, join, attach and yoke, to direct and concentrate one’s attention on, to use and apply. It also means union or communion. It is the true union of our will with the will of God. ‘It thus means,’ says Mahadev Desai in his introduction to the Gita according to Gandhi, ‘the yoking of all the powers of body, mind and soul to God; it means the disciplining of the intellect, the mind, the emotions, the will, which that Yoga pre­-supposes; it means a poise of the soul which enables one to look at life in all its aspects evenly.’

Yoga is one of the six orthodox systems of Indian philosophy. It was collated, co-ordinated and systematised by Patanjali in his classical work, the Yoga Sutras, which consists of 185 terse aphorisms. In Indian thought, everything is permeated by the Supreme Universal Spirit (Paramatma or God) of which the individual human spirit (Jivatma) is a part. The system of yoga is so called because it teaches the means by which the Jivatma can be united to, or be in communion with the Paramatma, and so secure liberation (Moksa).

One who follows the path of Yoga is a yogi or yogin.

In the sixth chapter of the Bhagavad Gita, which is the most important authority on Yoga philosophy, Sri Krishna explains to Arjuna the mean­ing of Yoga as a deliverance from contact with pain and sorrow. It is said :

‘When his mind, intellect and self (Ahamkara) are under control, freed from restless desire, so that they rest in the spirit within, a man becomes a Yukta-one in communion with God. A lamp does not flicker in a place where no winds blow; so it is with a yogi, who controls his mind, intellect and self, being absorbed in the spirit within him. When the restlessness of the mind, intellect and self is stilled through the practice of Yoga, the yogi by the grace of the Spirit within himself finds fulfil­ment. Then he knows the joy eternal which is beyond the pale of the senses which his reason cannot grasp. He abides in this reality and moves not therefrom. He has found the treasure above all others. There is nothing higher than this. He who has achieved it, shall not be moved by the greatest sorrow. This is the real meaning of Yoga – a deliverance from contact with pain and sorrow.’

The Bhagavad Gita also gives other explanations of the term yoga and lays stress upon Karma Yoga (Yoga by action). It is said:

‘Work alone is your privilege, never the fruits thereof. Never let the fruits of action be your motive; and never cease to work. Work in the name of the Lord, abandoning selfish desires. Be not affected by success or failure. This equipoise is called Yoga.’

Yoga has also been described as wisdom in work or skillful living amongst activities, harmony and moderation.

The Kathopanishad describes Yoga thus : ‘When the senses are stilled, when the mind is at rest, when the intellect wavers not-then, say the wise, is reached the highest stage. This steady control of the senses and mind has been defined as Yoga. He who attains it is free from delusion.’ In the second aphorism of the first chapter of the Yoga Sutras, Patafi.jali describes Yoga as ‘chitta vrtti nirodhah’. This may be trans­ lated as the restraint (nirodhah) of mental (chitta) modifications (vrtti) or as suppression (nirodhah) of the fluctuations (vrtti) of consciousness (chitta). The word chitta denotes the mind in its total or collective sense as being composed of three categories: (a) mind (manas, that is, the individual mind having the power and faculty of attention, selection and rejection; it is the oscillating indecisive faculty of the mind) ; (b) intel­ligence or reason (buddhi, that is, the decisive state which determines the distinction between things) and (c) ego (Ahamkara, literally the I-maker, the state which ascertains that ‘I know’).

The word vrtti is derived from the Sanskrit root vrt meaning to turn, to revolve, to roll on. It thus means course of action, behaviour, mode of being, condition or mental state. Yoga is the method by which the restless mind is calmed and the energy directed into constructive channels. As a mighty river which when properly harnessed by dams and canals, creates a vast reservoir of water, prevents famine and pro­ vides abundant power for industry; so also the mind, when controlled, provides a reservoir of peace and generates abundant energy for human uplift.

The Stages of Yoga

The right means are just as important as the end in view. Patanjali enumerates these means as the eight limbs or stages of Yoga for the quest of the soul. They are:

2. Niyama (self purifica­tion by discipline) ;

4· Pranayama (rhythmic control of the breath);

5 · Pratyahara (withdrawal and emancipation of the mind from the domination of the senses and exterior objects);

8. Samadhi (a state of super-consciousness brought about by profound meditation, in which the individual aspirant (sadhaka) becomes one with the object of his meditation- Paramatma or the Universal Spirit). 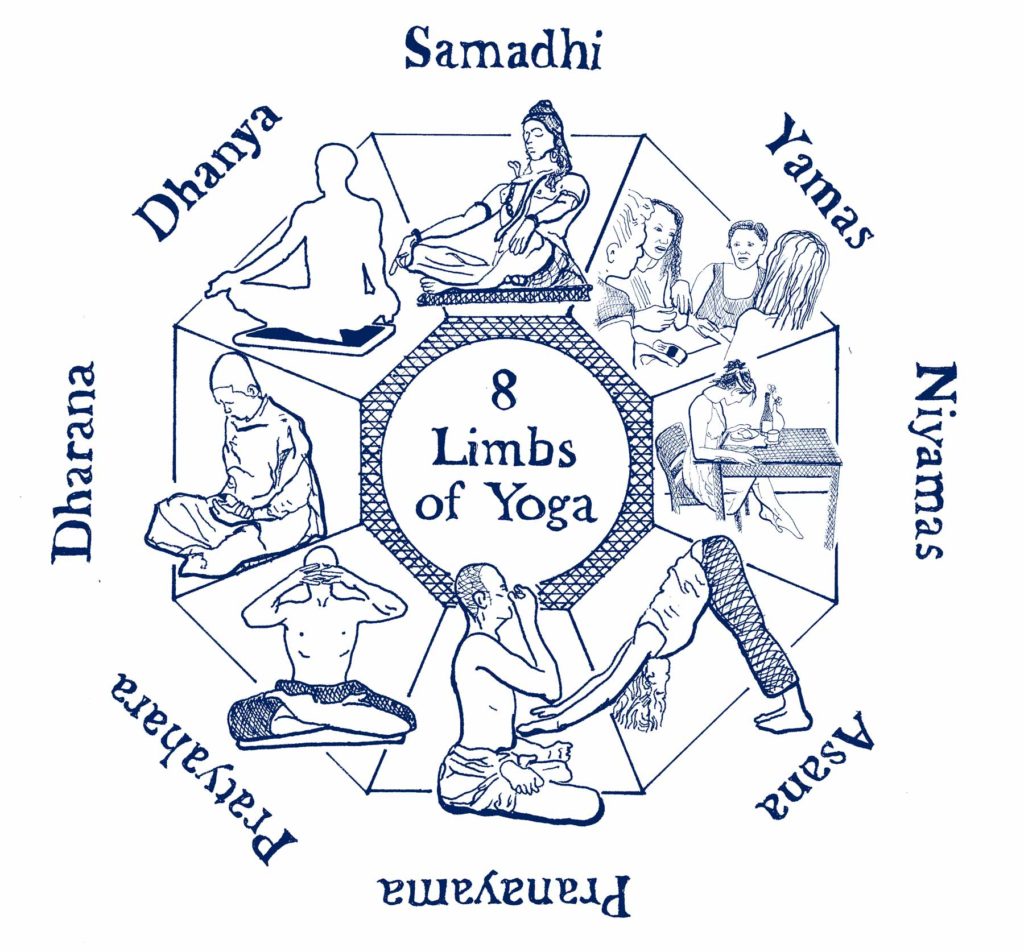 Yama and Niyama control the yogi’s passions and emotions and keep him in harmony with his fellow man. Asanas keep the body healthy and strong and in harmony with nature. Finally, the yogi becomes free of body consciousness. He conquers the body and renders it a fit vehicle for the soul. The first three stages are the outward quests (bahiranga sadhana).

The next two stages, Pranayama and Pratyahara, teach the aspirant to regulate the breathing, and thereby control the mind. This helps to free the senses from the thraldom of the objects of desire. These two stages of Yoga are known as the inner quests (antaranga sadhana).

Dharana, Dhyana and Samadhi take the yogi into the innermost recesses of his soul. The yogi does not look heavenward to find God.

He knows that HE is within, being known as the Antaratma (the Inner Self). The last three stages keep him in harmony with himself and his Maker. These stages are called Antaratma Sadhana, the quest of the soul.

By profound meditation, the knower, the knowledge and the known become one. The seer, the sight and the seen have no separate existence from each other. It is like a great musician becoming one with his instrument and the music that comes from it. Then, the yogi stands in his own nature and realises his self (Atman), the part of the Supreme Soul within himself.

There are different paths (margas) by which a man travels to his Maker. The active man finds realization through Karma Marga, in which a man realizes his own divinity through work and duty. The emotional man finds it through Bhakti Marga, where there is realisa­tion through devotion to and love of a personal God. The intellectual man pursues Jnana Marga, where realization comes through knowledge. The meditative or reflective man follows Yoga Marga, and realizes his own divinity through control of the mind. 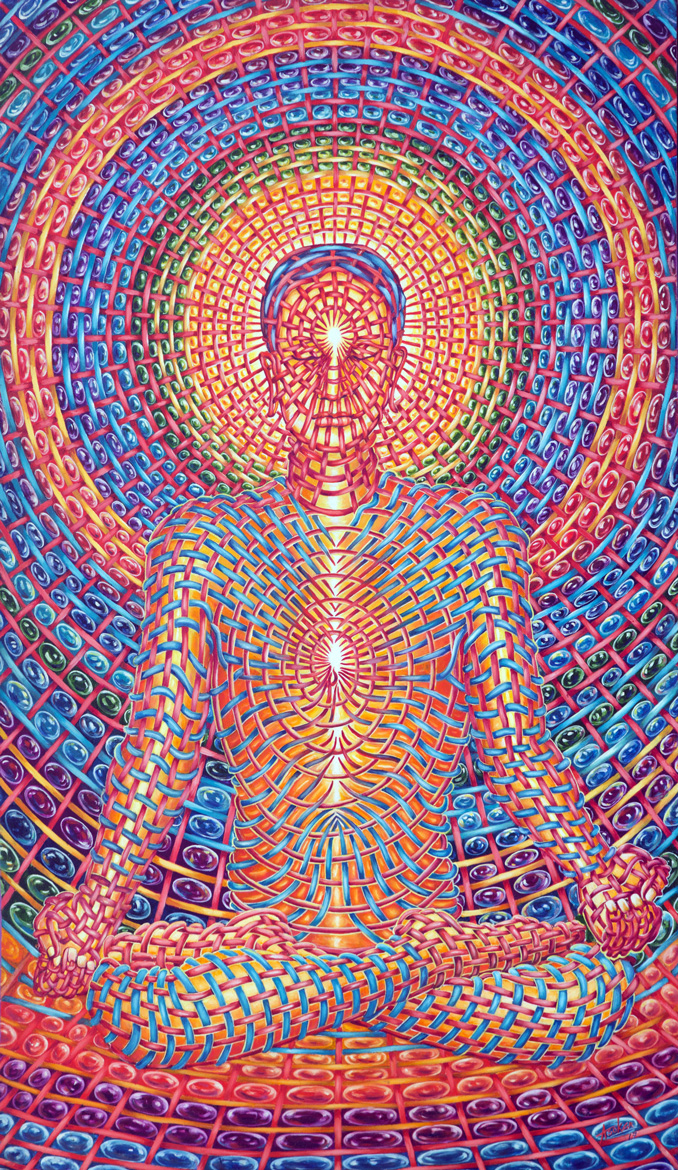 Happy is the man who knows how to distinguish the real from the unreal, the eternal from the transient and the good from the pleasant by his discrimination and wisdom. Twice blessed is he who knows true love and can love all God’s creatures. He who works selflessly for the welfare of others with love in his heart is thrice blessed. But the man who combines within his mortal frame knowledge, love and selfless service is holy and becomes a place of pilgrimage, like the confluence of the rivers Ganga, Saraswati and Jamuna. Those who meet him become calm and purified.

Mind is the king of the senses. One who has conquered his mind, senses, passions, thought and reason is a king among men. He is fit for Raja Yoga, the royal union with the Universal Spirit. He has Inner Light.

He who has conquered his mind is a Raja Yogi. The word raja means a king. The expression Raja Yoga implies a complete mastery of the Self. Though Patanjali explains the ways to control the mind, he no­ where states in his aphorisms that this science is Raja Yoga, but calls it Ashtanga Yoga or the eight stages (limbs) of Yoga. As it implies complete mastery of the self one may call it the science of Raja Yoga. Swatmarama, the author of the Hatha Yoga Pradipika (hatha=force or determined effort) called the same path Hatha Yoga because it demanded rigorous discipline.

It is generally believed that Raja Yoga and Hatha Yoga are entirely distinct, different and opposed to each other, that the Yoga Sutras of Patanjali deal with Spiritual discipline and that the Hatha Yoga Pradipika of Swatmarama deals solely with physical discipline. It is not so, for Hatha Yoga and Raja Yoga complement each other and form a single approach towards Liberation.