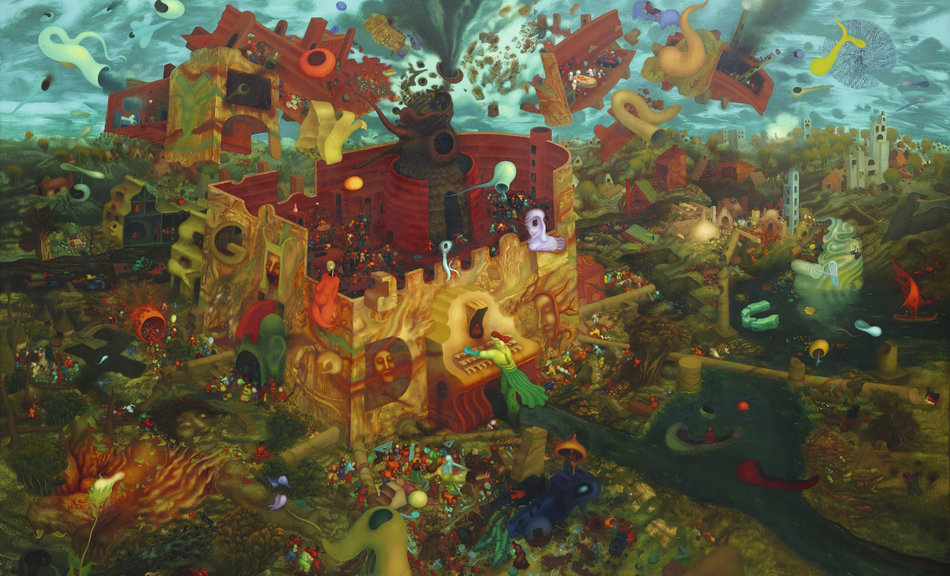 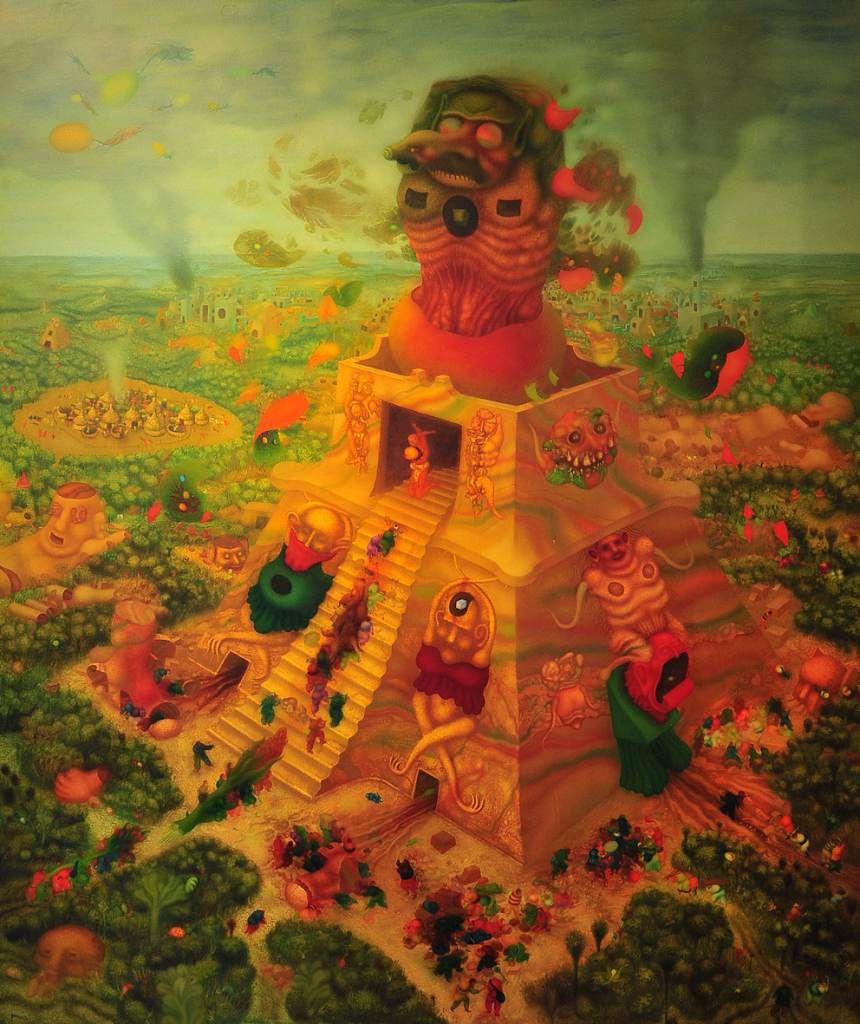 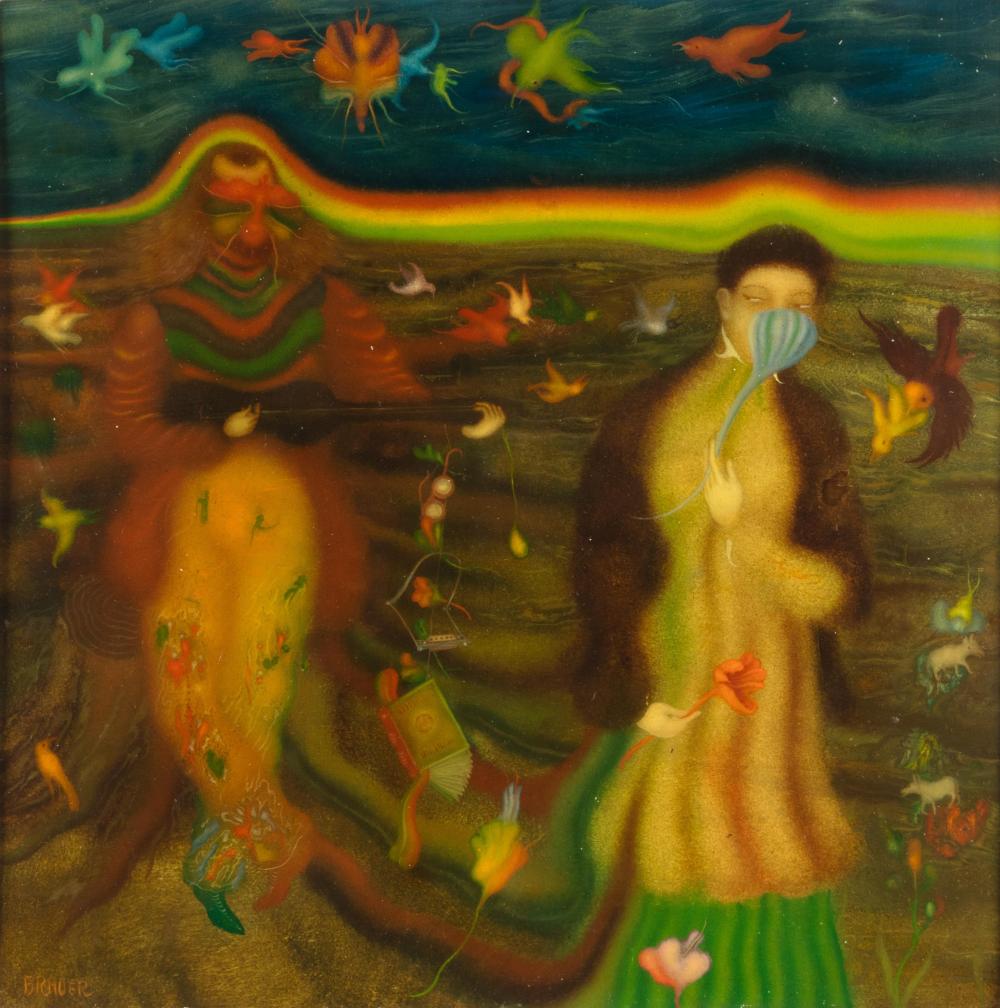 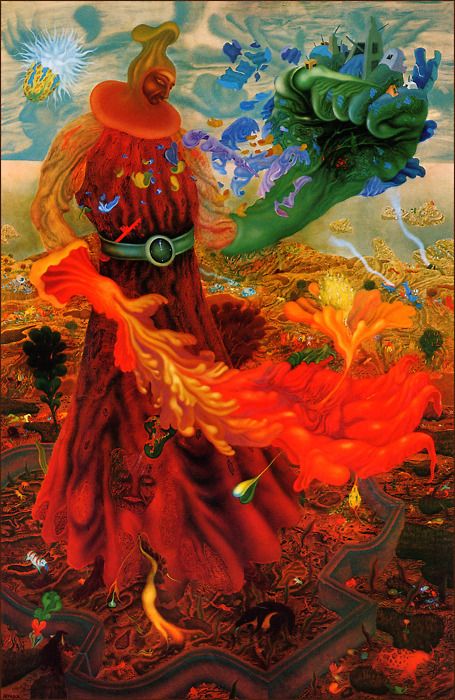 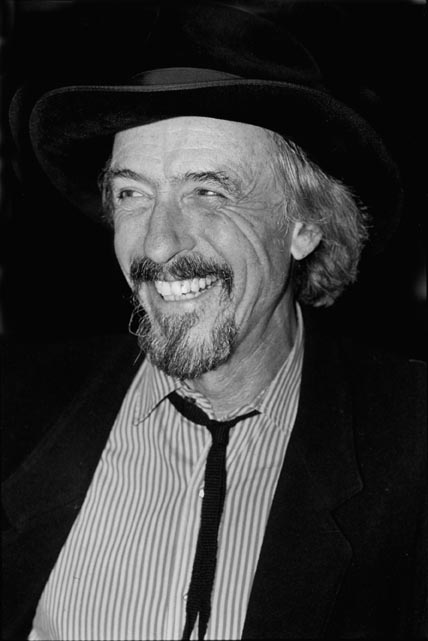 Arik Brauer was born as a child of Jewish emigrants from Russia in Vienna. Today he lives and works in Vienna and Israel. Between 1946 and 1951 Brauer enjoyed a classic artistic training at the Vienna academy under Paris von Gütersloh, who had made a name for himself as the legendary spiritual mentor of the “Wiener Schule des phantastischen Realismus”. Brauer gained international fame within this group of artists.
In contrast to the dominating abstract painting, in the 1950s this group carried on where the classical Surrealists and the Old Masters had left off. Influenced by Pieter Breughel’s and Hieronymus Bosch’s image world, Arik Brauer created an image cosmos, which evolved between the techniques of the Old Masters and fantastical Surrealism.
Arik Brauer’s first large retrospective took place in 1979, followed by several exhibitions traveling through the USA in 1982. That same year Arik Brauer also received an order to paint a mural at the university of Haifa. Brauer regarded himself not only as a painter but also as an architect, graphic artist, author, poet, songwriter and balladeer. This versatility demonstrates a constant unity of his creative work and life, which is carried by a human idealism.