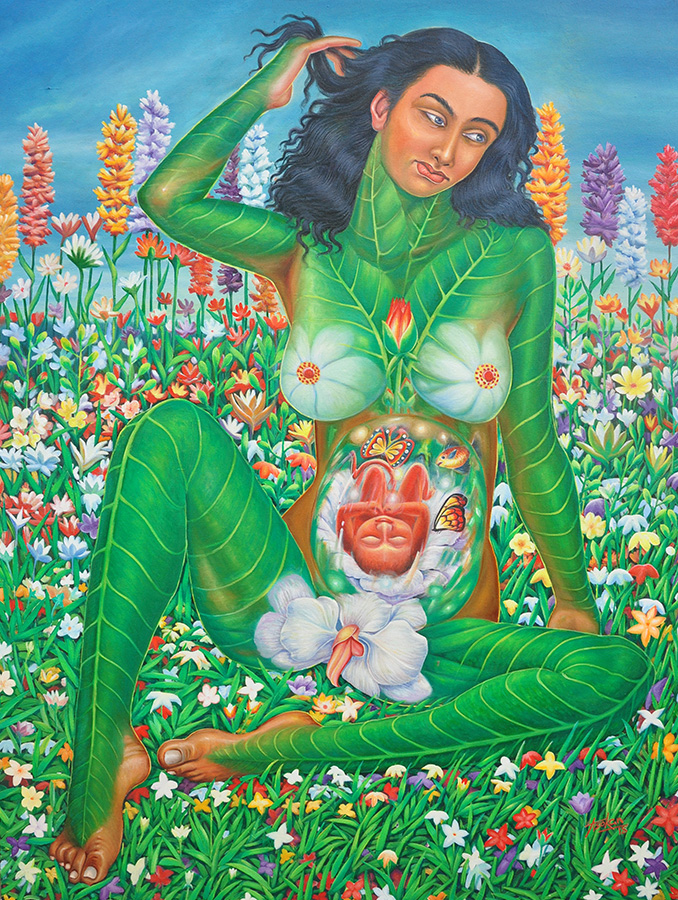 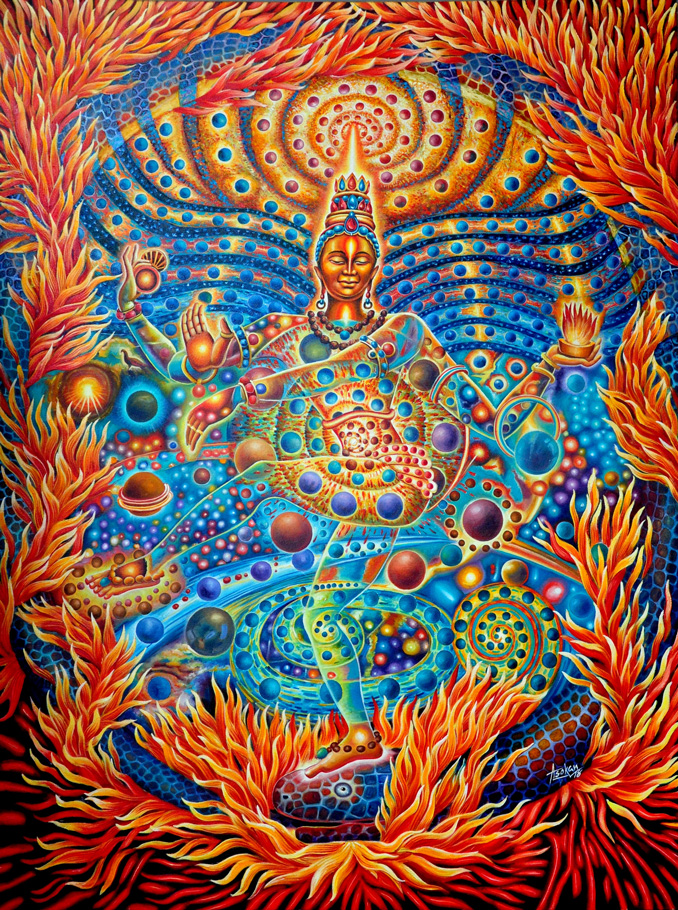 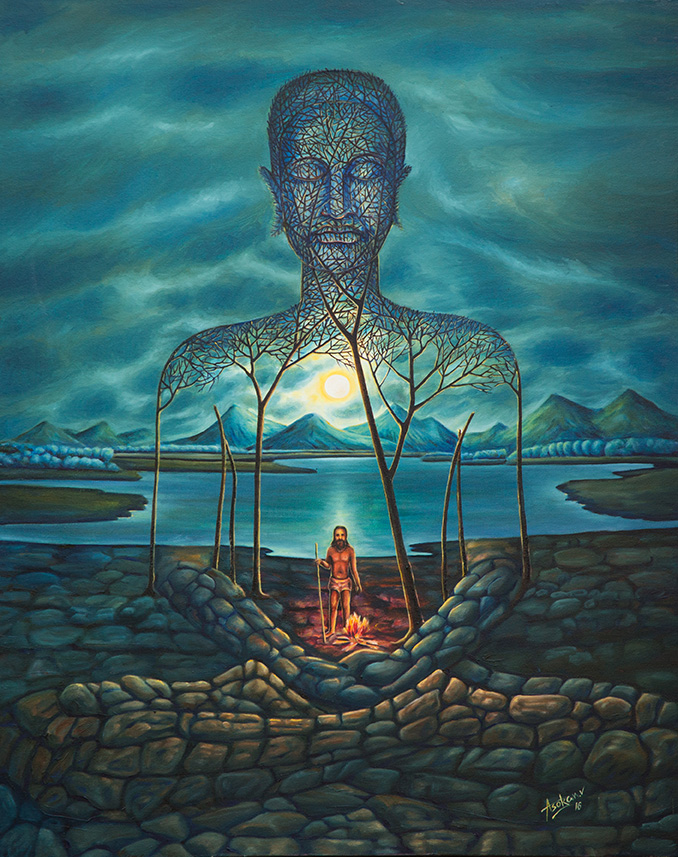 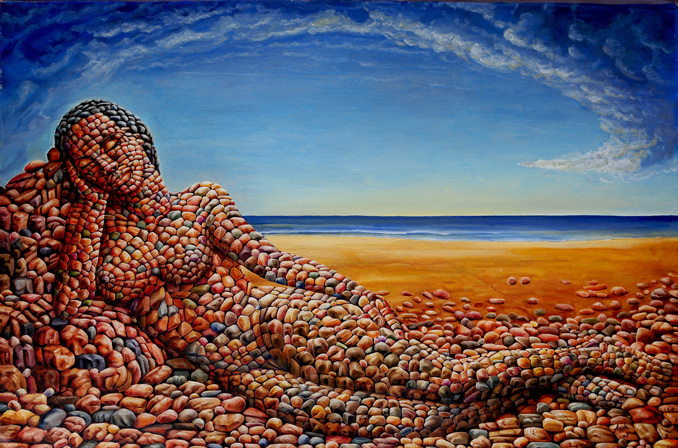 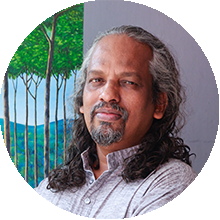 Asokan Nanniyode is an Indian Visionary Artist, born in Trivandrum, Kerala. He grew up playfully, graced with the bounty of nature, showing interest in arts from the tender age of three. After completing his formal education he was admitted at Swami Ascharyacharya’s (Jean Letschert a student of Rene Magritte) ashram Amritabindu, a forest hermitage dedicated to arts as a spiritual discipline. After having spent many years learning arts and meditation under his Guru, Asokan traveled abroad. His paintings were exhibited in London, France, Switzerland, Germany, Croatia, Mauritius and India.

Contact with western life made Asokan change back to the spiritual path, this time with a more profound life experience. Asokan gave his brushes and paints away and left for meditation at the Himalayas. A few years later an intuition led him to Tiruvannamalai in Tamil Nadu, where he now permanently resides. Ramana Maharshi’s vision and teachings influence Asokan Nanniyod’s life and art deeply.

Asokan says “Our mind is formed of our vasanas and purva vasanas (inborn vasanas from previous lives.) It is the mind that creates the universe and in which we know the world. The perception of the body is also knowledge like this. The body depends on this knowledge. When consciousness touches the brain, there are vibrations formed called thoughts. The universe exists in this illusion, these thoughts. Self-Knowledge is the only Truth, unsupported by the intellect. Viewed from this background, my new paintings have no clear body structure. The body is translucent, formed out of leaves, branches and flowers. The body is only an imagination. When the mind is stilled, we receive the right knowledge (the Absolute). Knowledge is not dependent on the mind, awareness is real knowledge, our true Self. The intellect does not function in sleep. But even during sleep there is a witness within us. It does not depend on the body, as our true Self, it is interdependent. It is on the basis of this kind of vision that my paintings are formed.’’

After completing his cave meditation in Tiruvannamalai, Asokan began to paint his divine visions and meditations. A gallery has been opened by his Guru in 2016 which allows the visitors to take part of that, their inner journey.