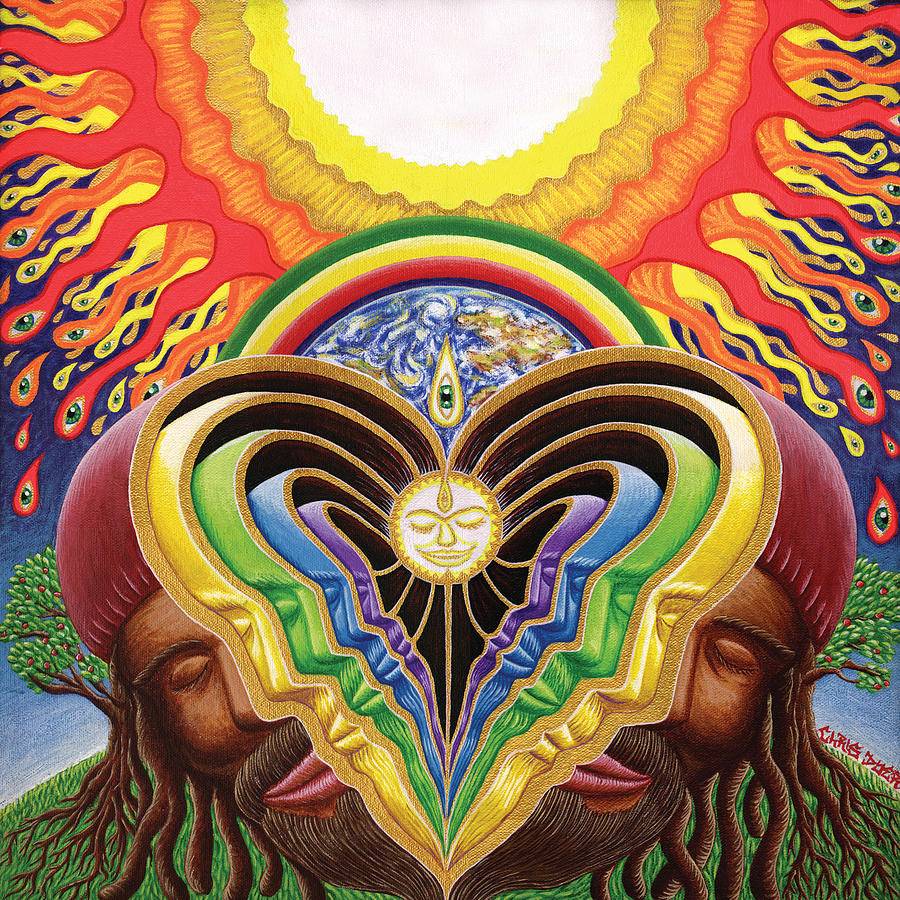 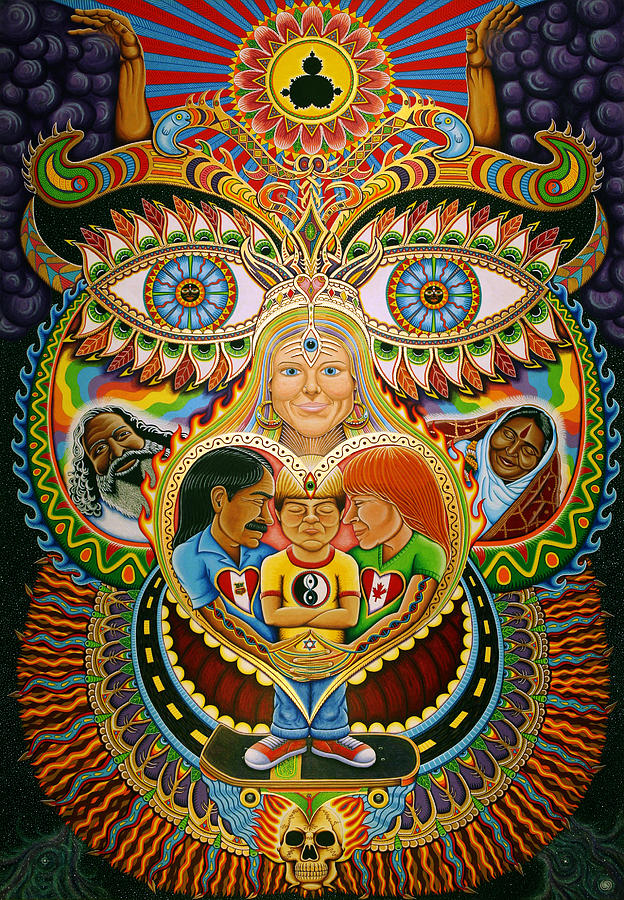 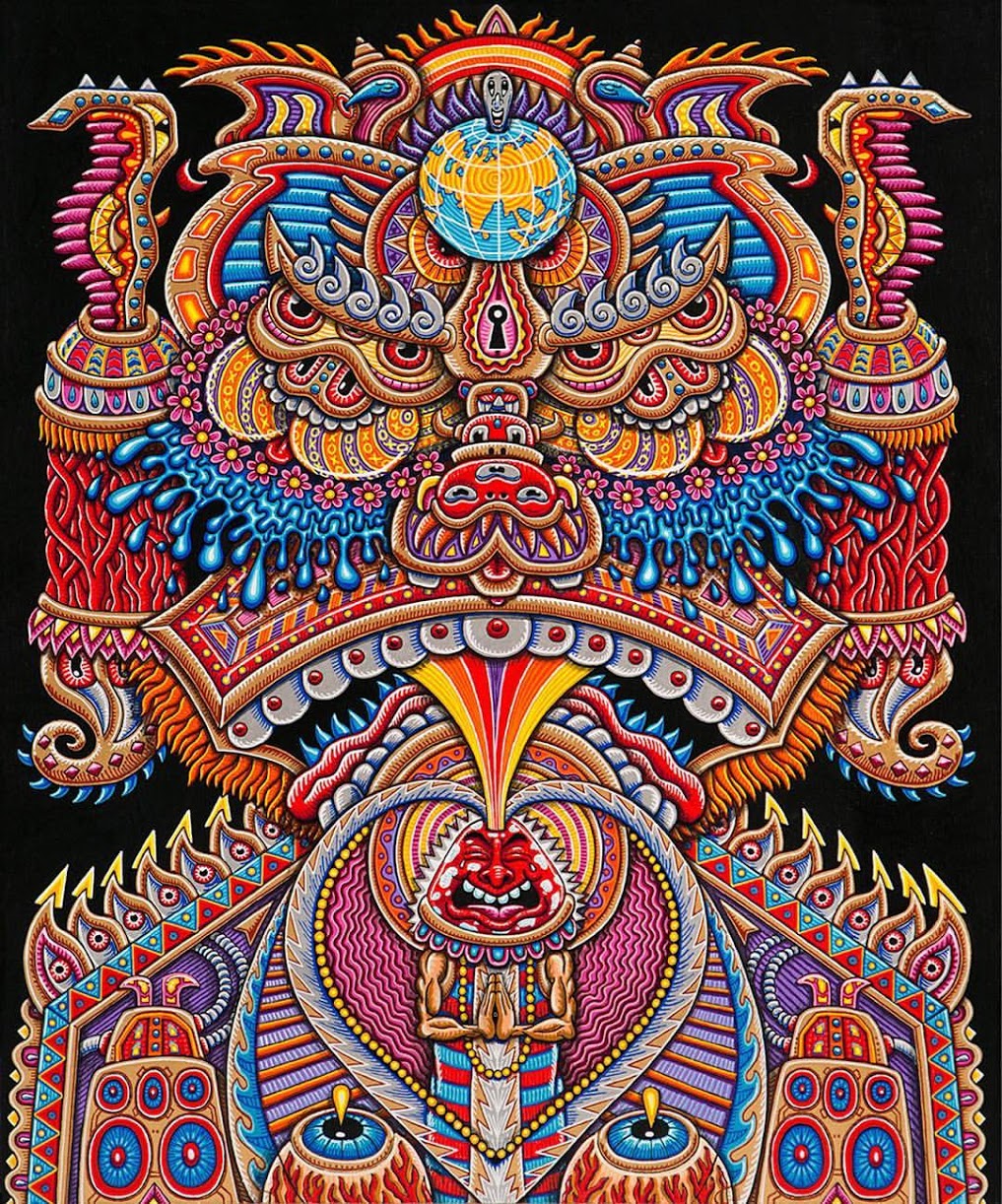 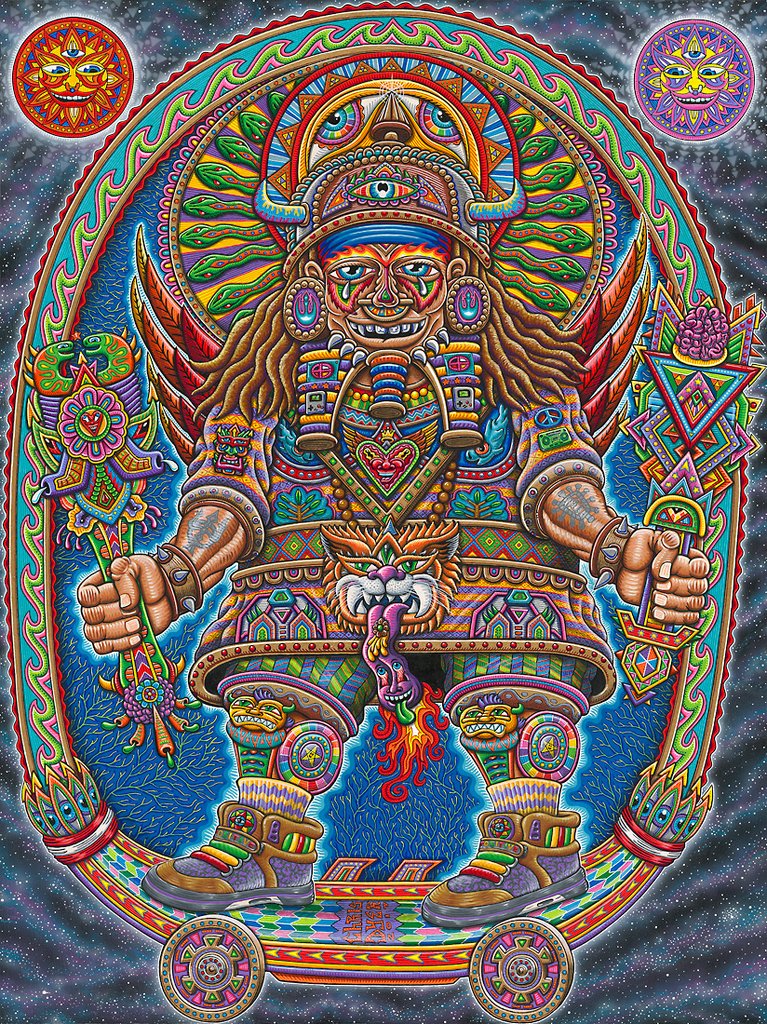 Chris Dyer grew up in Lima, Peru till age 17, where he was involved in 80’s skateboarding, 90’s surfing and street gang destructive activities. He eventually moved to Canada to study art for many years. Today he is based in Montreal, where he works out of his home studio “The Positive Portal”.

These days he also spends half of his time on the road, making and spreading his art worldwide, as he explores many cultures and himself. By now he has been able to reach over 36 different countries, which has been a chance for him to learn much from a variety of cultures. These powerful experiences has helped him create a flavour of art which fuses many cultures into a spiritual oneness of unity within diversity, which can appeal to all, yet is owned by none.

Chris’ exploration of inner worlds and ability to juggle mediums, styles and themes has made him stand out in the different art movements he is part of. Because of his unique style of psychedelic art, and high productivity, Chris has become one of the leading figures of the North American Visionary Art scene. This position has given him the chance to act as a bridge between that spiritual movement and less typically “conscious” art scenes he is part of, like the street art, and skate art movements. Though he apreciates all scenes he is associated with, he wants to break boxes and manifest the “Oneness” he belives is the love consciousness beneath it all. Because of the quality in Dyer’s work, it has already been exhibited in successful solo and group shows in galleries and museums around the world. He has also been featured in many magazines and books worldwide, including his own hardcover coffee table book published by Pennsylvania’s Schiffer Books. A coloring book for adults is due to be released later this year via “Last Gasp” Publications.

In 2011 he released a full feature documentary, Positive Creations, which has reached several thousands and inspired many. These days he has been releasing a monthly series of travel videos on YouTube  called “The Artventures”, which cover the different lands he visits, to paint spray paint murals left and right. Chris has also been offering a variety of Art Workshops as he travels those lands, to share with the youth what he has learned. Some of these retreats also involve deep spiritual healing through the partnership with the Ayahuasca medicine and his shaman Herbert Quinteros.