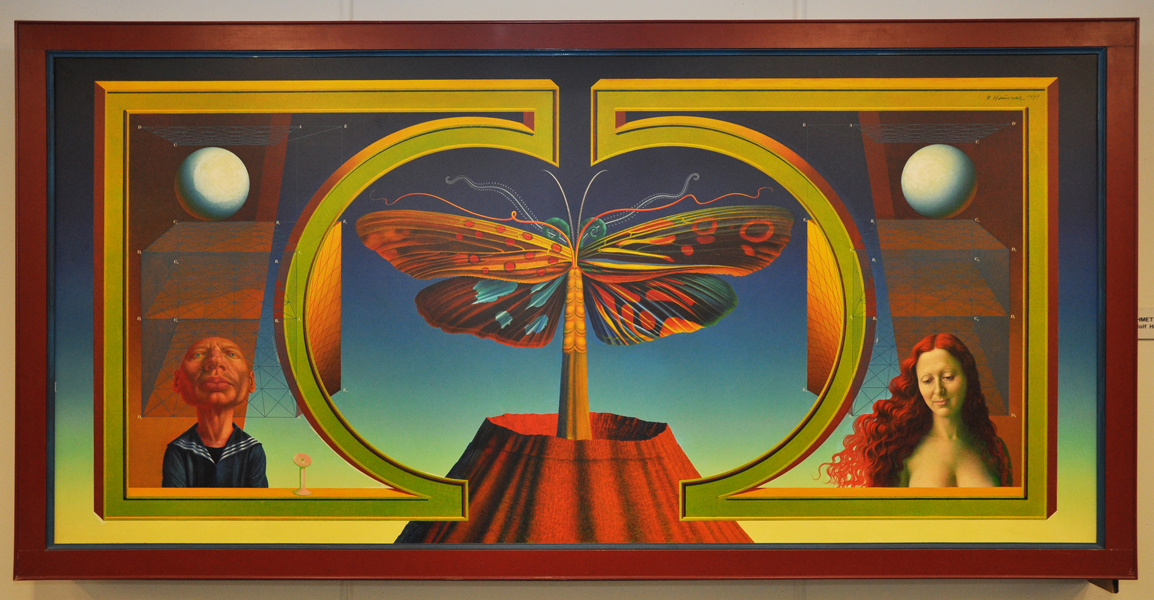 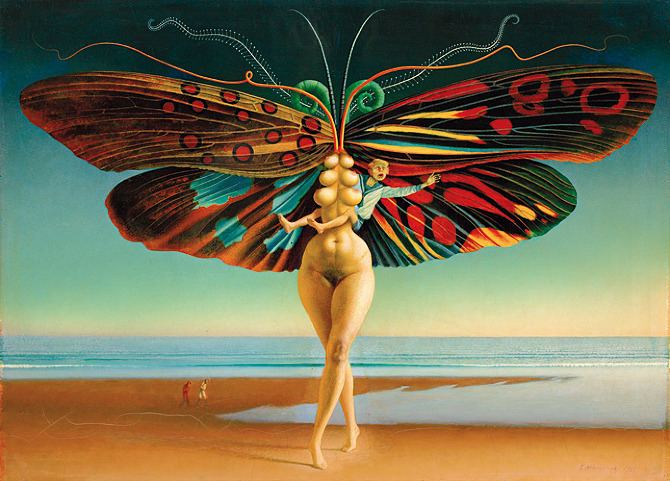 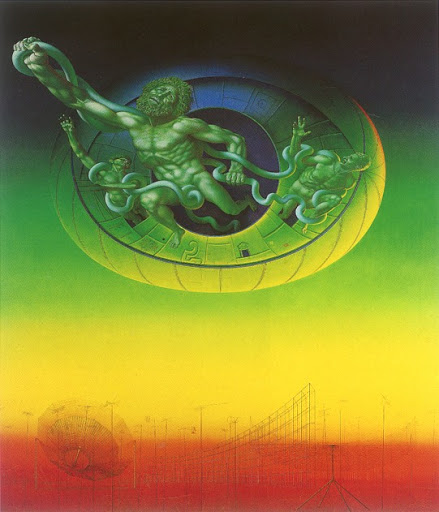 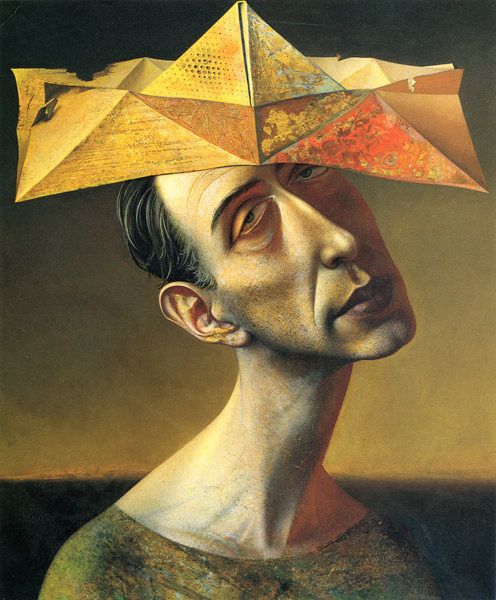 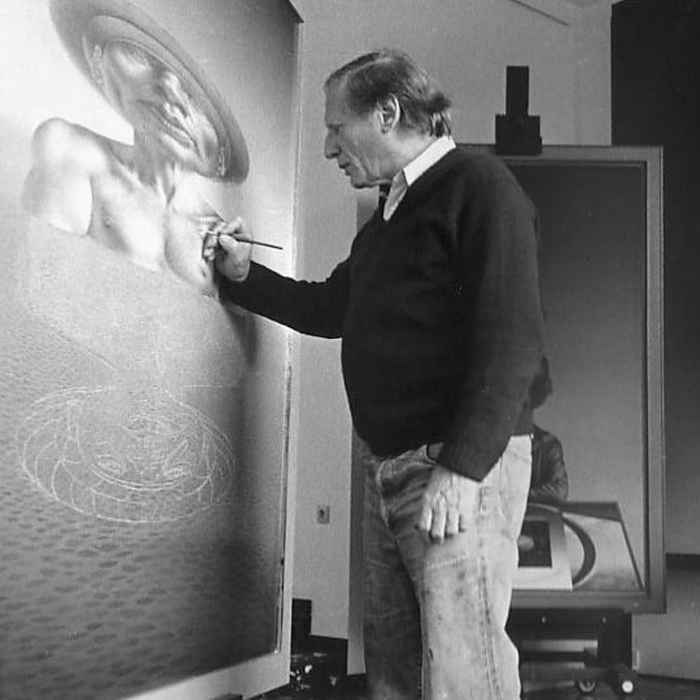 Rudolf Hausner was an Austrian artist best known for his psychologically probing realism. Often depicting distorted figures in architectural and landscape scenes, Hausner’s works bear similarities to those by the metaphysical painter Giorgio de Chirico, in both his construction of pictorial space and use of dreamlike imagery. Hausner’s art is based on symbols and specific objects, among which is the recurring image of the first man, Adam, who represents both autobiographical and archetypal elements. Hausner was born on December 4, 1914 in Vienna, Austria, and in 1959 he co-founded the Vienna School of Fantastic Realism together with Ernst Fuchs and other artists. He died on February 25, 1995 in Vienna, Austra.