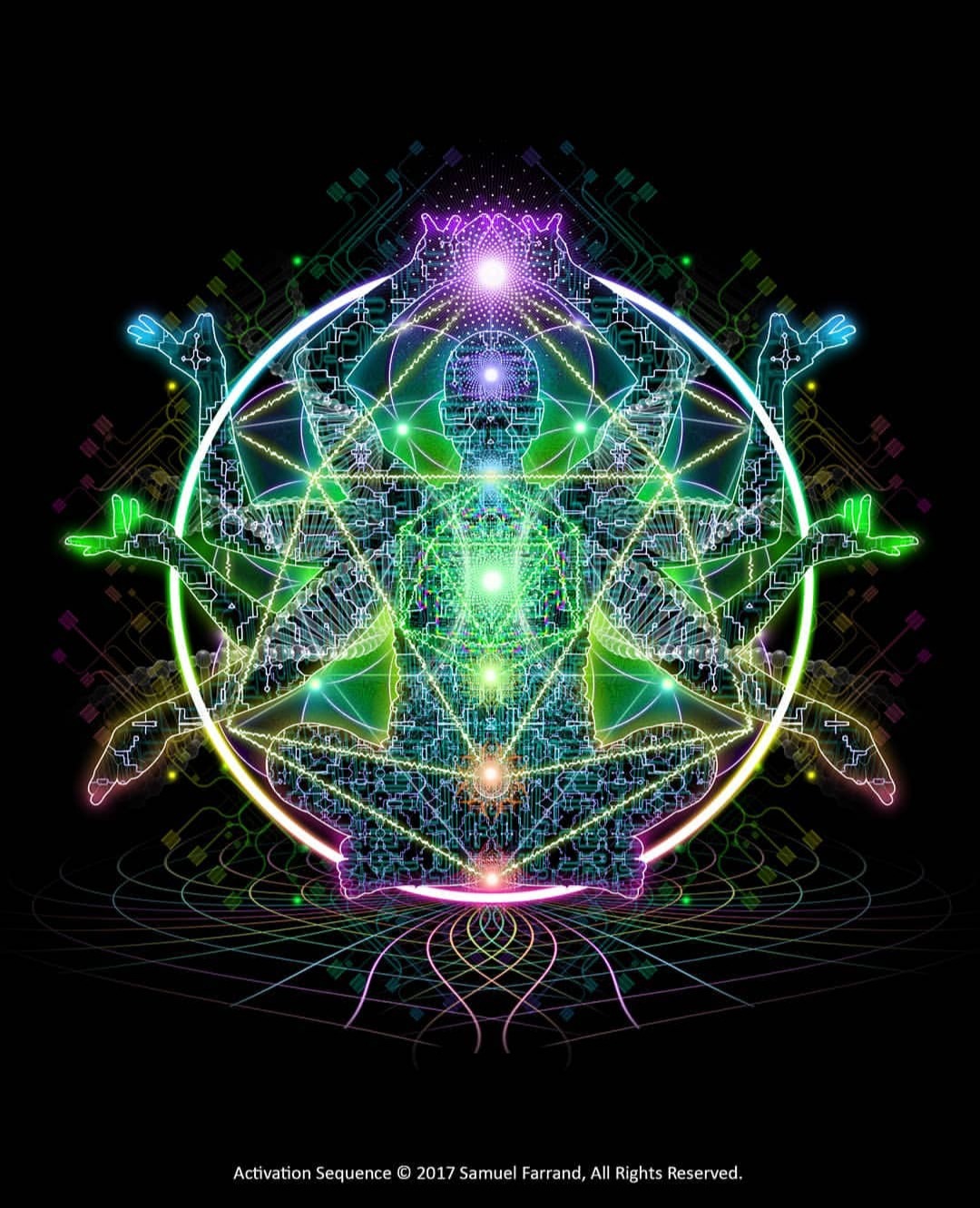 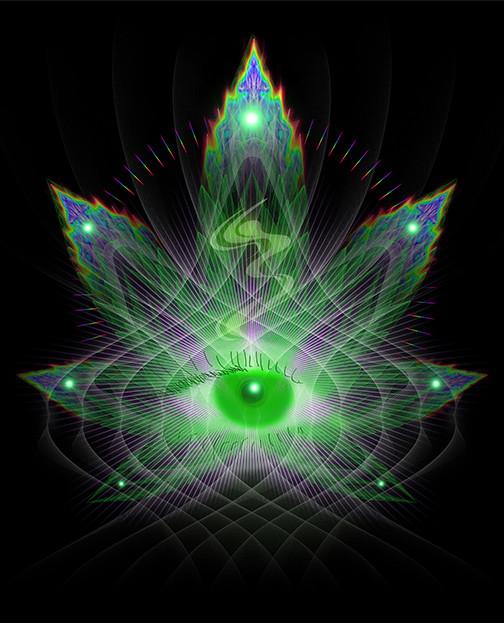 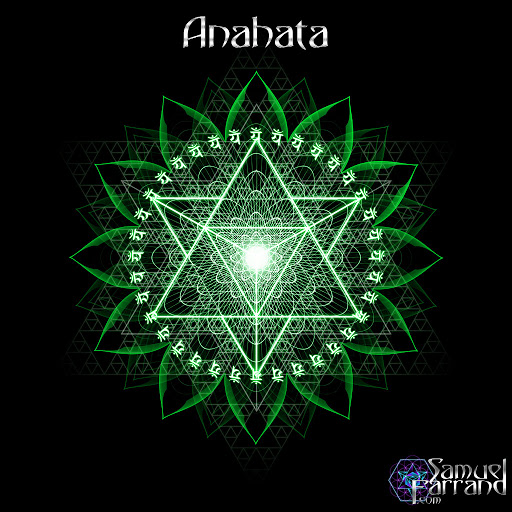 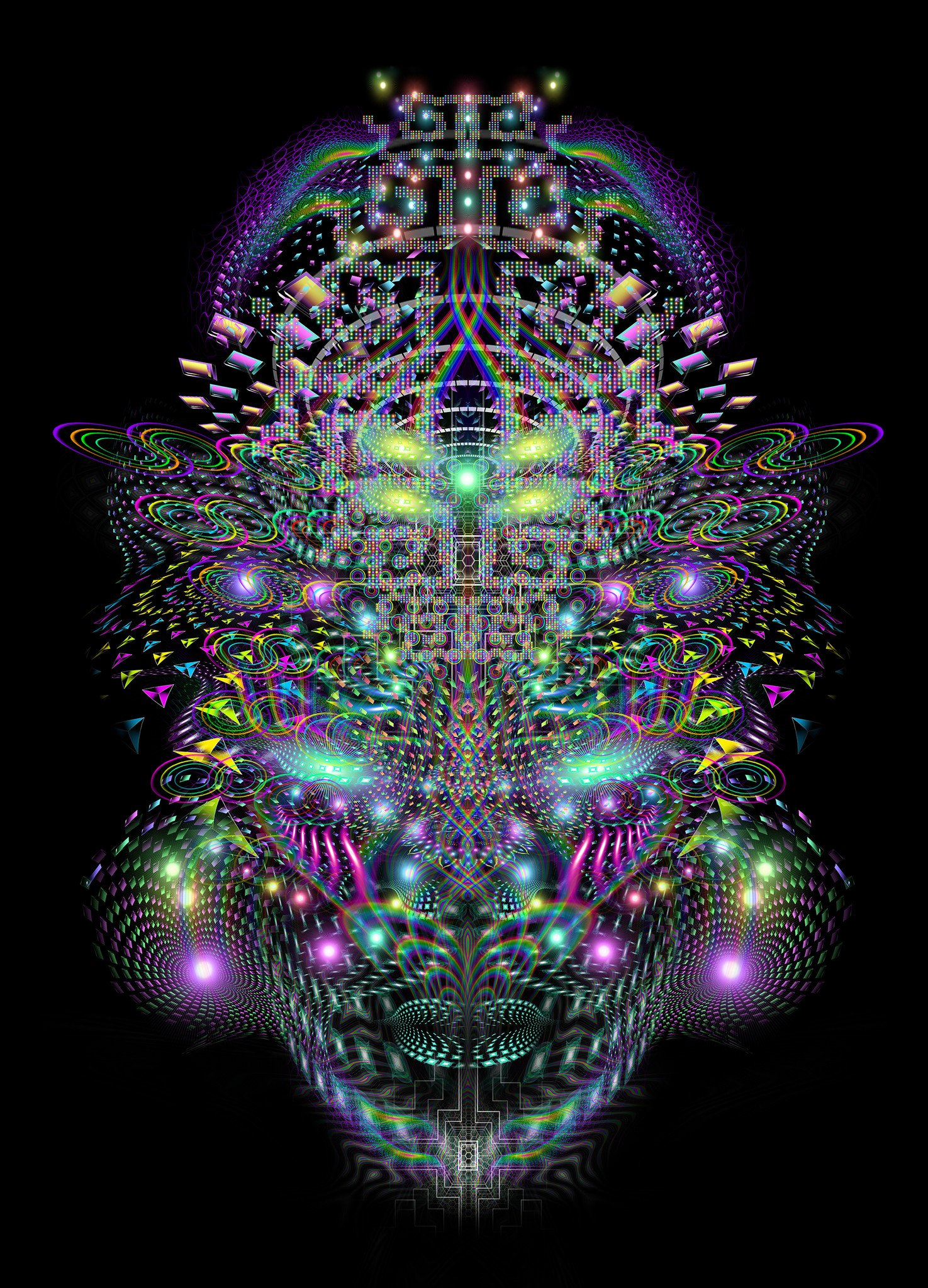 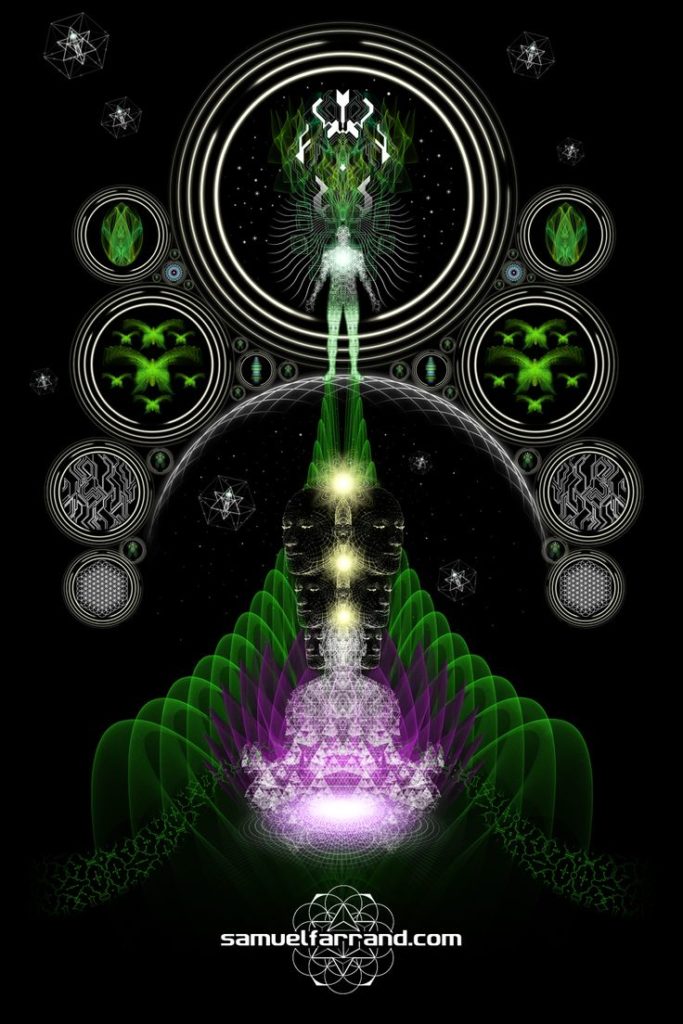 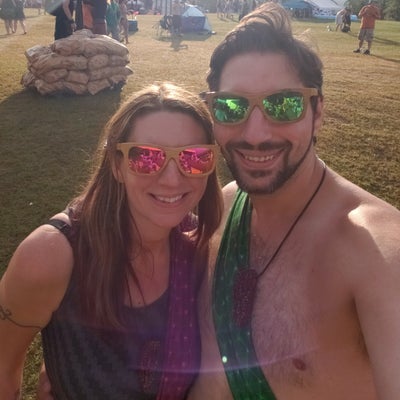 Sam Farrand launched his work publicly at his successful art opening “Resonance” in Spring of 2012. With the rise of social networking, early on Sam was able to establish a few important contacts which would play a very important part in exposing his art to the art world that Sam was about to tread course in. Only after 3 weeks of his art opening Sam’s work went national having his second show one week later at an event in San Francisco, which was put on by famous visionary artist Alex Grey. The following week his work would be shown in Los Angeles. In Fall of 2012 Sam curated and directed his first art gallery in Boston featuring several upcoming and established national and international visionary artists. 2013 showed a lot of promise for Sam when he was invited to project his work to an audience of over 10,000 people on New Years Eve in Berlin, Germany. 2 months later his video project “Sacred Energy Aumetry” (SEA) was performed live for the first time in Mexico City at an international VJ conference presented by his video co-creator Nexus Visions (Ferdinand Real). The video taken from that performance went viral on youtube and received over 68,000 views in just a few days. Since then Sam has shown his work at over 35 major Music and Arts festivals from all over the US, as well as making a presence at a handful of international festivals, this large exposure of his work has helped Sam establish a world wide audience.

Sam has done commissioned graphic design work at a international level and has been the senior designer on several branding projects across the globe as well as Senior Designer/Art Director for several major Music and Arts Festivals across the North Eastern United States. Sam works with and has joined with many of the most respected long-standing organizations in his Industry and has designed almost every product imaginable from designer bed sets, hats, and fashion clothing to accessories, holograms and hydration paks — he’s even had his art featured on Fox News gracing the cover of Best-Selling author, Chris Kilham’s newest book! Having and maintaining a strong background in art and design history he continues to strive to redefine what it means to be a graphic designer and digital artist in the 21st century and is always eager to challenge the rules that conventional graphic design and art theory and principles offer. To find out and learn more about Sam’s latest projects and his involvement be sure to visit his website: