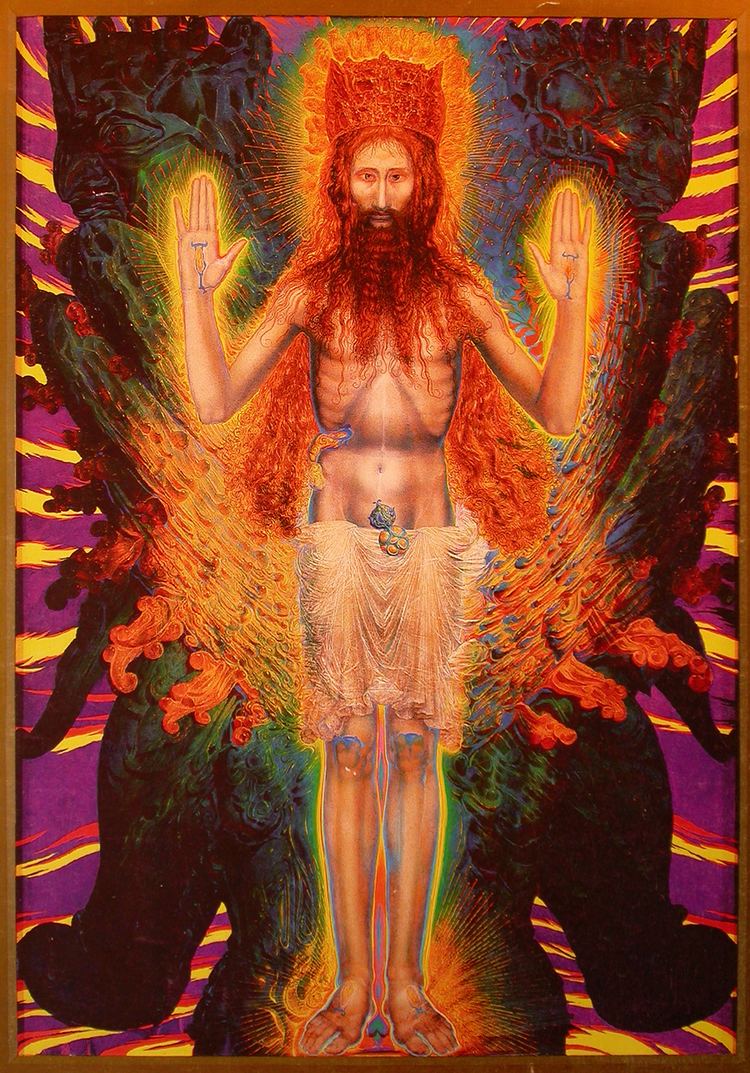 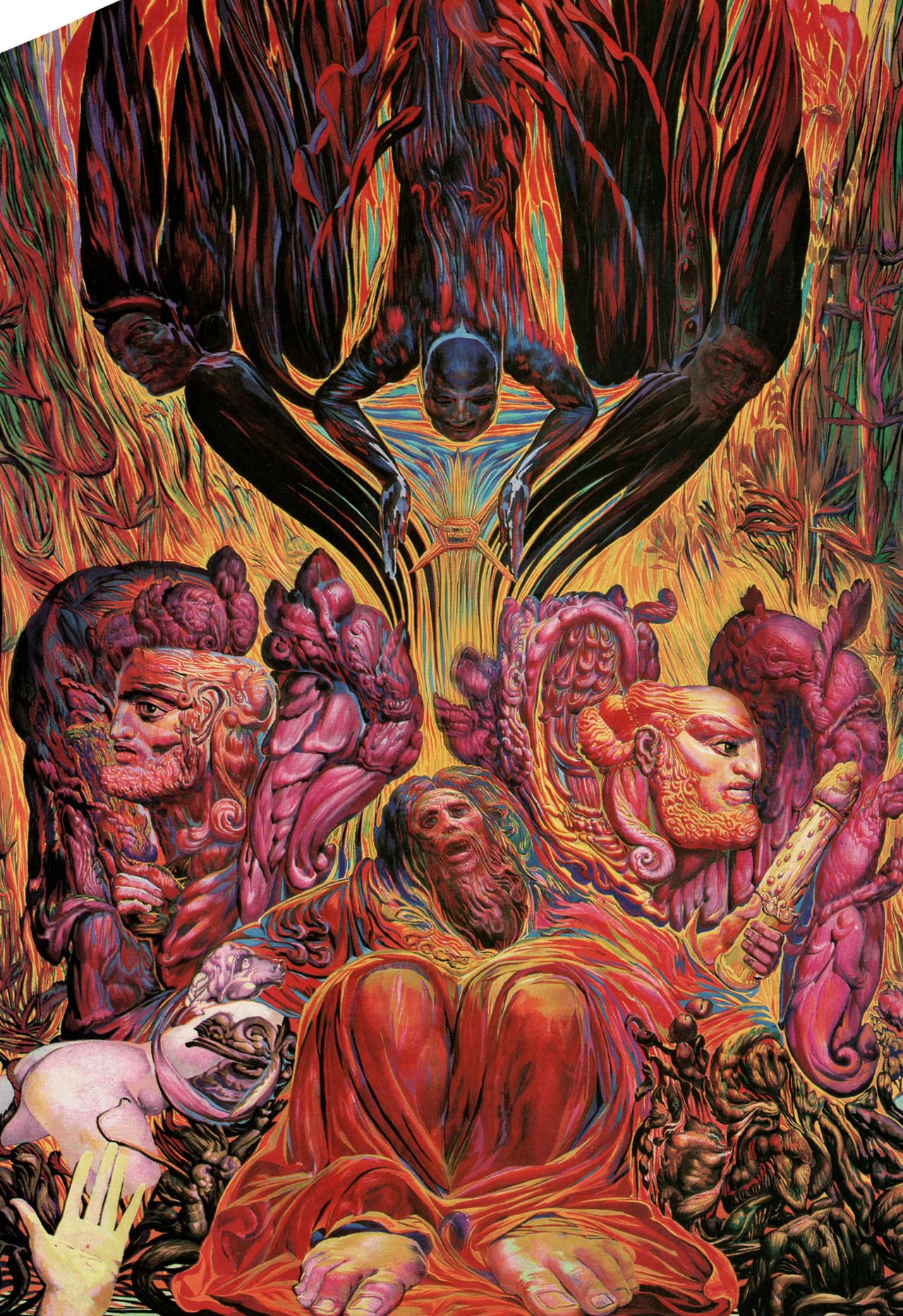 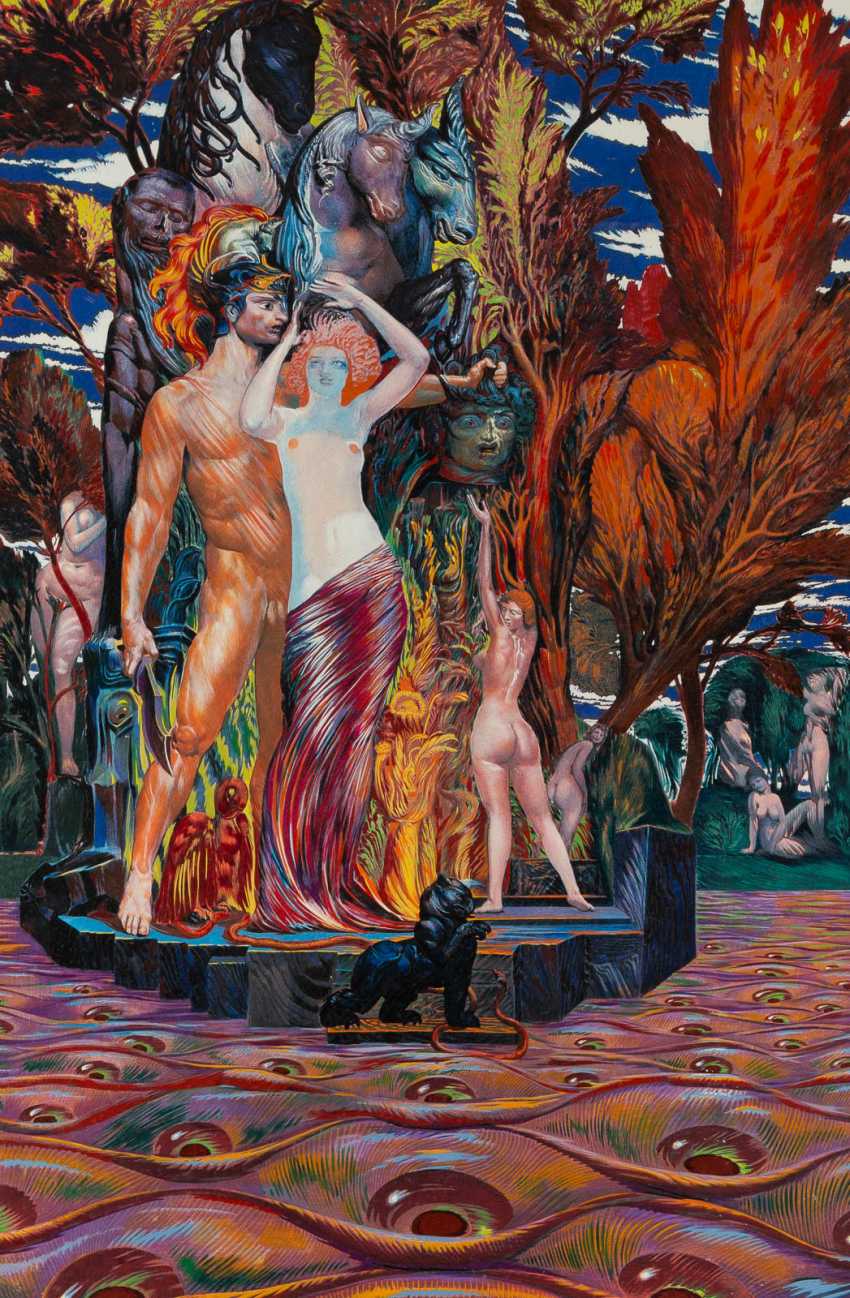 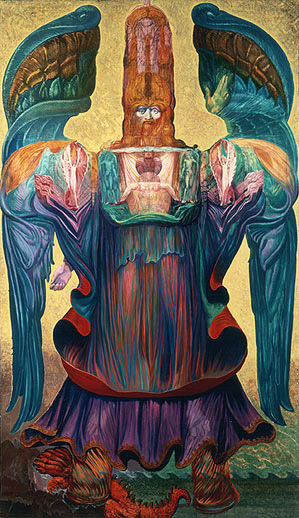 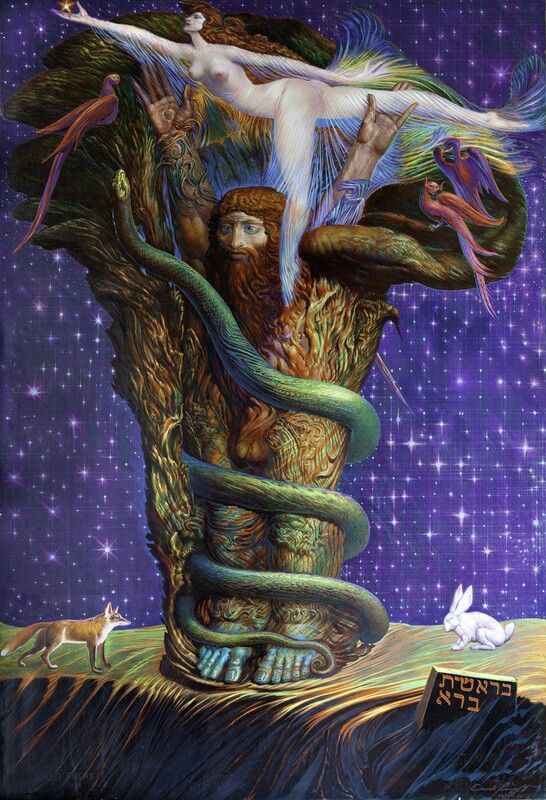 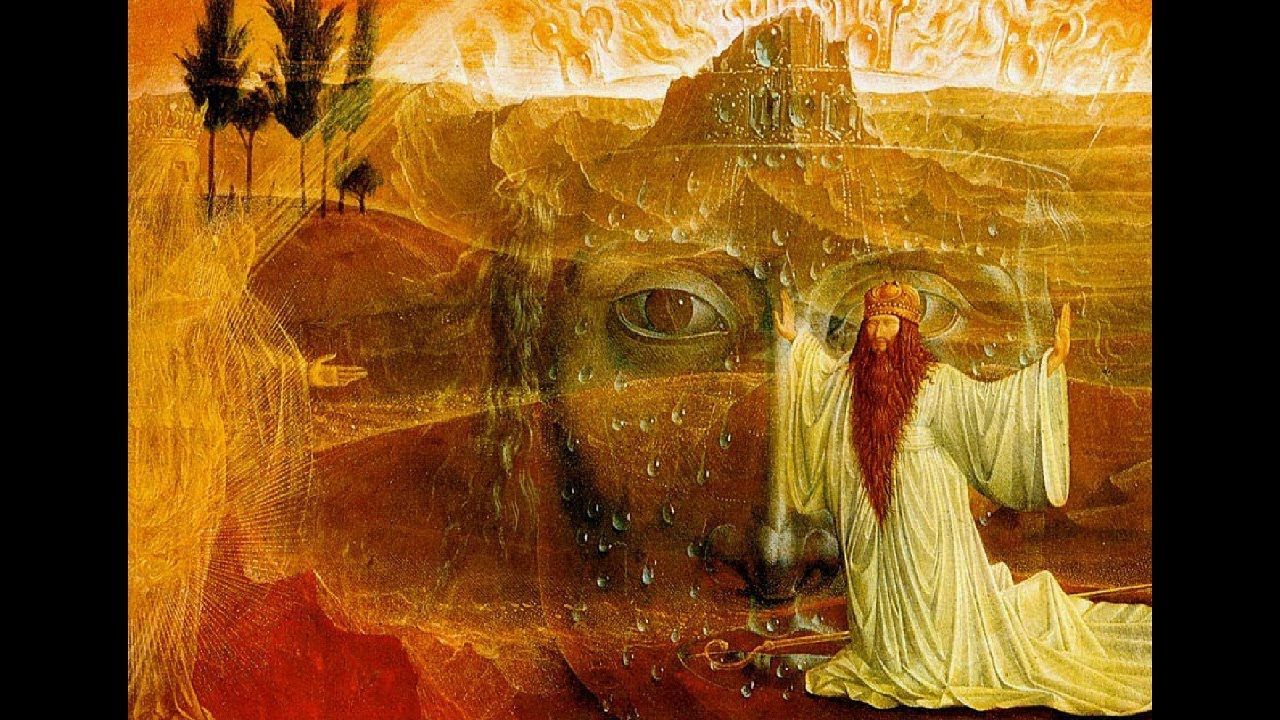 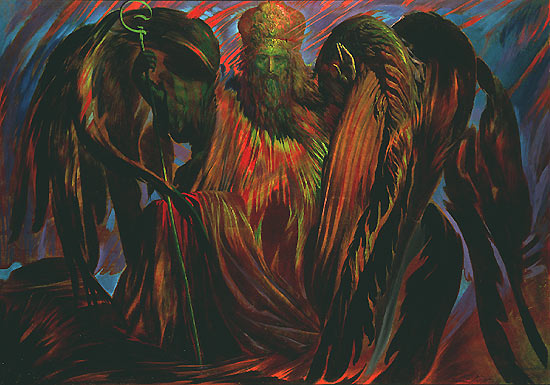 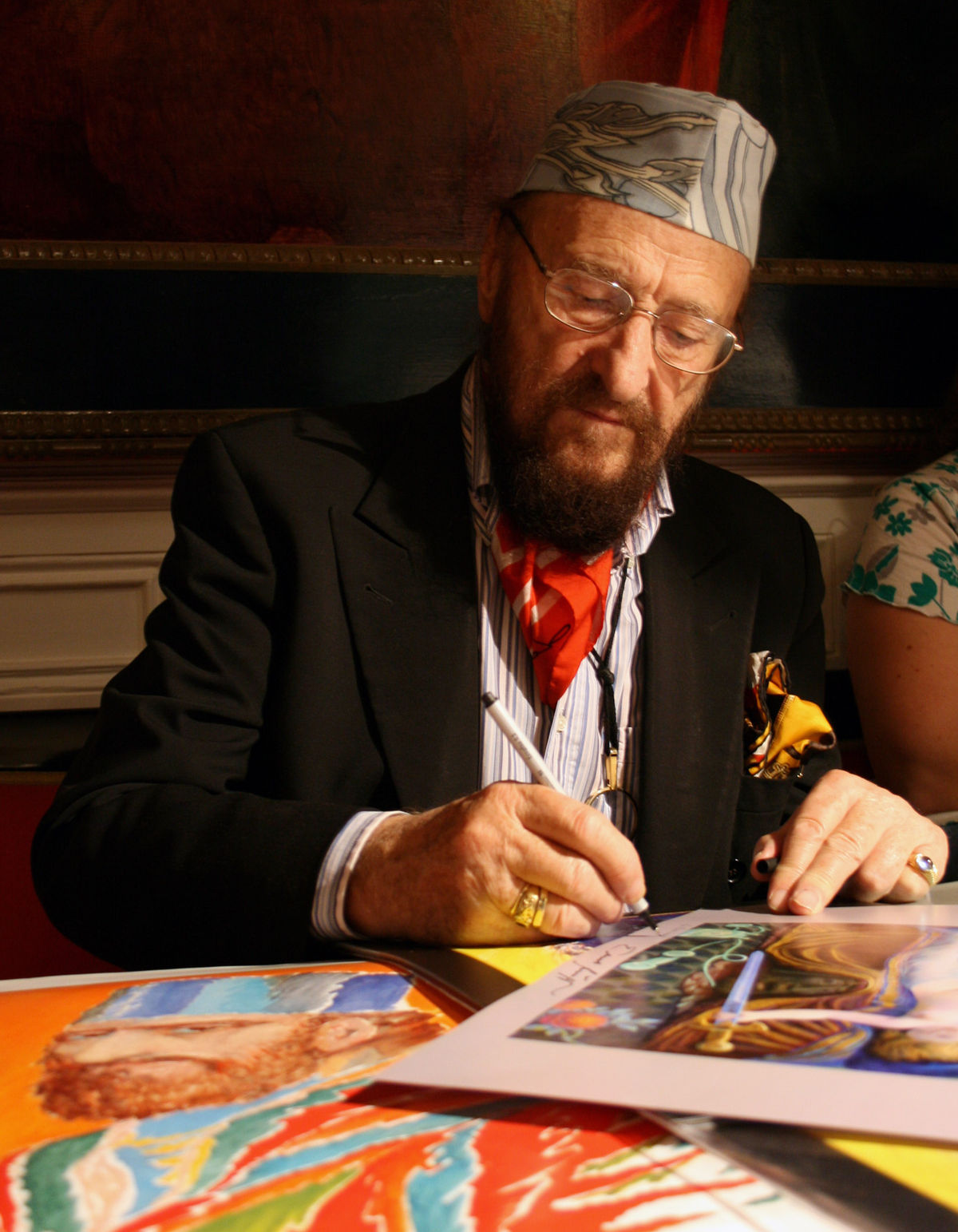 Ernst Fuchs (Austrian, b.1930) is an artist, designer, writer, and performer, and one of the founders of the Vienna School of Fantastic Realism. Born in Vienna, Fuchs took lessons in sculpture, and later attended the St. Anna Painting School. Following World War II, Fuchs was accepted into the Academy of Visual Arts in Schillerplatz, where he studied under Albert Paris von Gütersloh, and met Arik Brauer, Rudolf Hausner, Fritz Janschka, Wolfgang Hutter, and Anton Lehmden. Together, this group of emerging artists established the Vienna School of Fantastic Realism, which fused Old Master techniques with religious symbolism.

In 1950, he moved to Paris, where he lived as a struggling artist for over a decade. During this time, Fuchs traveled internationally, to England, Spain, Italy, and the United States. In the late 1950s, he moved to Jerusalem and lived in the Dormition Monastery, where he was commissioned to paint religious works.

In the early 1960s, Fuchs returned to Vienna, where he wrote his influential book Architectura Caelestis: Die Bilder des verschollenen Stils (Celestial Archicture: Images of a Lost Style). He also created a series of prints. Fuchs became known for his use of the technique known as Mischtechnik, which utilizes small amounts of paint applied with glazes using egg tempera. Working in thin layers of pigment separated by transparent glazes, his brightly colored works explore themes of spirituality, fantasy, and history. In 1972, he purchased the Otto Wagner Villa in Hütteldorf, which he renovated and restructured, transforming it into his living and work space.

Following this successful restoration, he began designing stage sets and costumes for opera houses and ballets, and produced a number of philosophical essays and poetry.

In 1988, the Otto Wagner Villa became the Ernst Fuchs Museum. The artist has held exhibitions and retrospectives in international cities, including St. Petersburg, Gruyères, Switzerland, Vienna, and Venice.