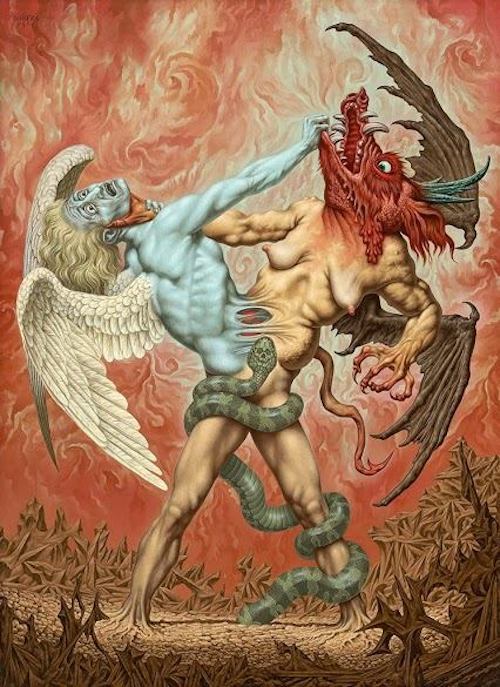 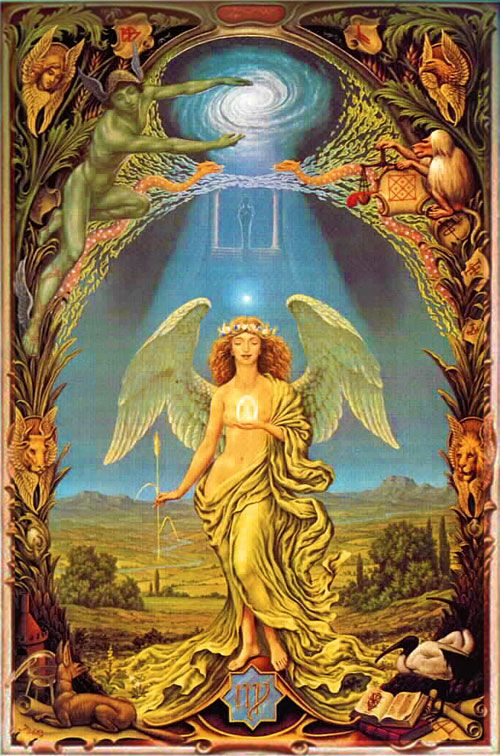 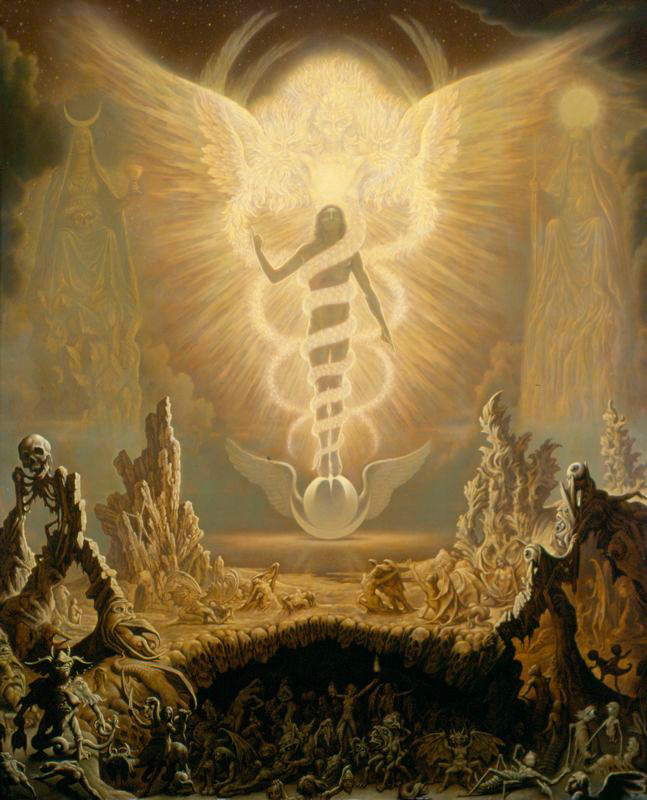 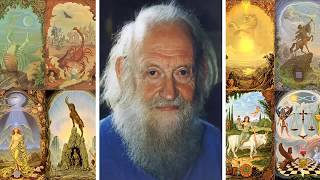 Johfra Bosschart is born as Johannes Franciscus Gijsbertus VAN DEN BERG in 1919 in Rotterdam.
Johfra is the contamination of JOHannes FRAnciscus, and Bosschart is the familyname of his mother Jeanne.

Johfra was a fine artist, like Salvator Dali or the Dutchman Carel Willink. He painted in a meta-realistic style, with lots of symbolism and self-inspired reality. Johfra preferred to name his style as “fantastic realism”.
Johfra described his works as: “Surrealism based on studies of psychology, religion, the Bible, astrology, antiquity, magic, witchcraft, mythology and occultism”. The works of Johfra can be divided in two categories: hyperrealistic paintings and surrealistic paintings.

Johfra and Ellen LORIEN settled in Fleurac (Dordogne, France) in 1962. He died on 6 November 1998, almost 79 year old, in his beloved France.

Thus ended a painters career of sixty years, in which the artist from Den Hague had painted thousand oil paintings, two thousand drawings, one hundred forty aquarels and nine collages. We did not include the about three hundred paintings and about thousand drawings that were destroyed at the bombing of Bezuidenhout in Den Hague in 1945.

Johfra was also a searcher for the sense of being: he joined the movement of the Rozekruisers, in Haarlem: the Lectorium Rosicrucianum, one of the three world centers of this brotherhood, characterized by the preaching of the liberation of mankind from his doomed existence. Johfra and his wife Diana worked, in the order of the clergyman leaders, for the design of new centra. For the temple at the canal of Bakenesser in Haarlem they made the statues and candlesticks and designed the glass-in-lead windows. Johfra made paintings in relation with the tenets of the brotherhood.

Johfra wrote his life in a diary, which encompasses four thin-books and nineteen books of 350 pages. The text of the new book consists of fascinating, sometimes affecting fragments of that immense work-of-life. In his diary on 25 July 1959: ‘Describing life in a diary can be an important aid to live more intense, to absorbe completely in the moment and to assimilate it till the end. Describing our experience, is like reviving it. In this way we can live twice.’