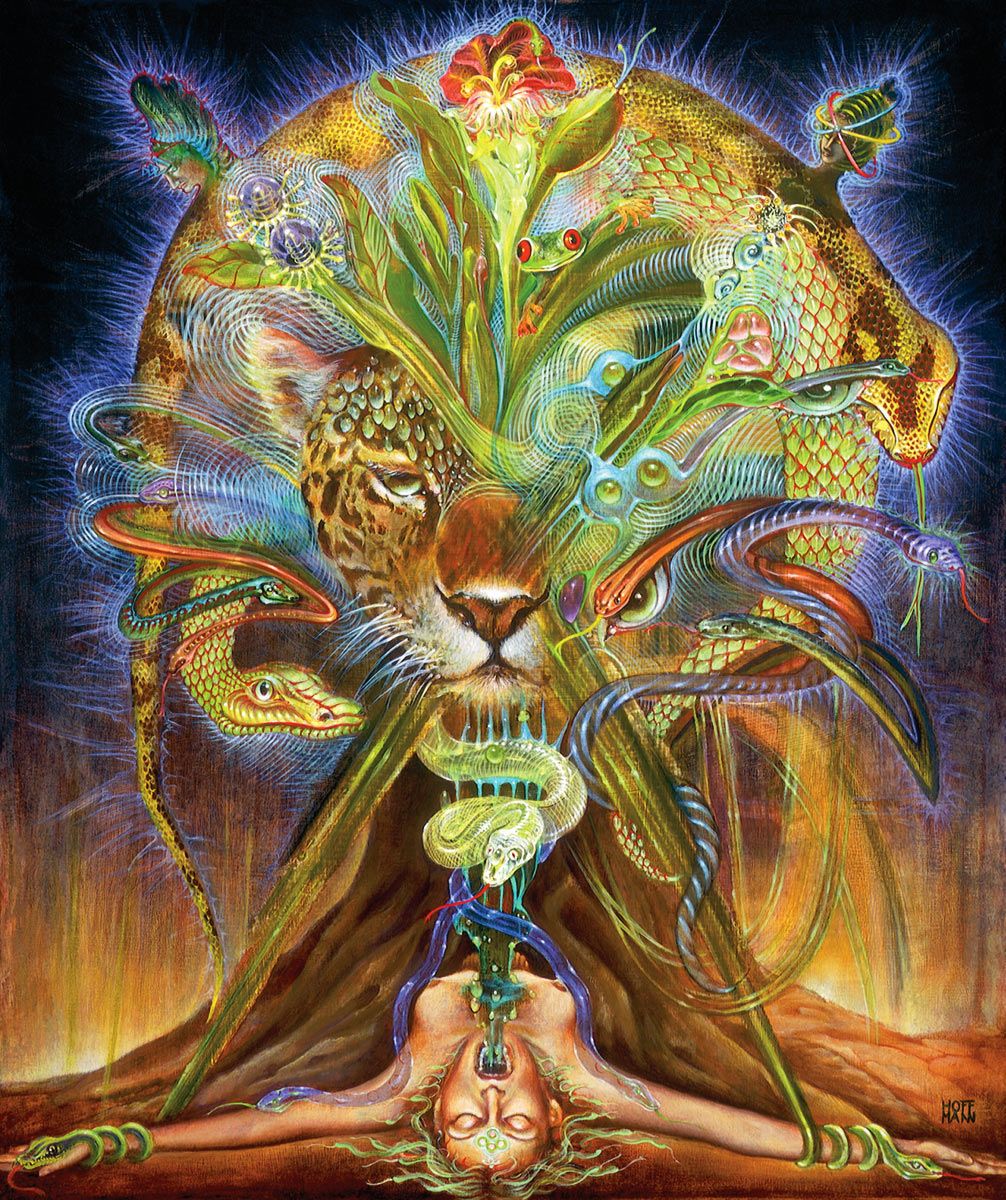 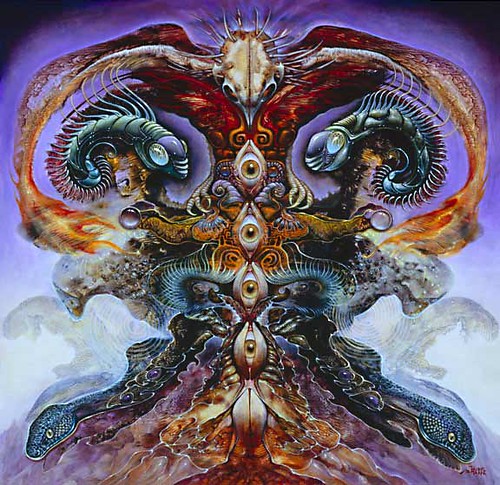 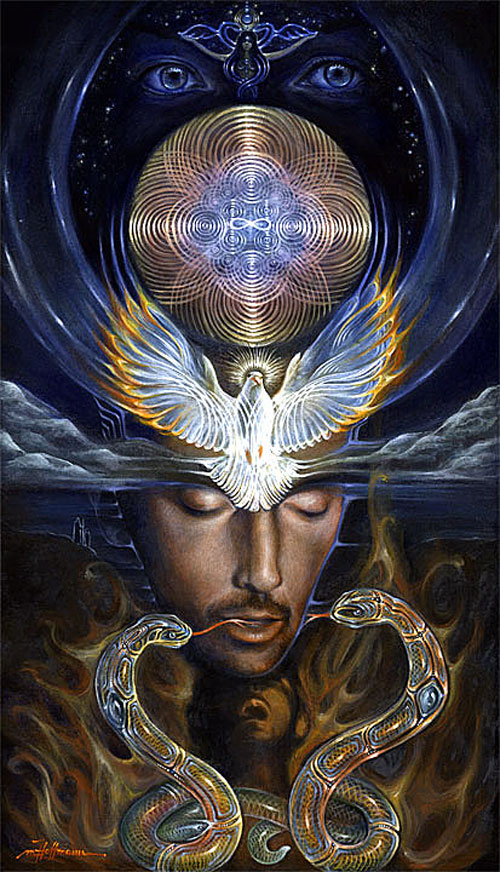 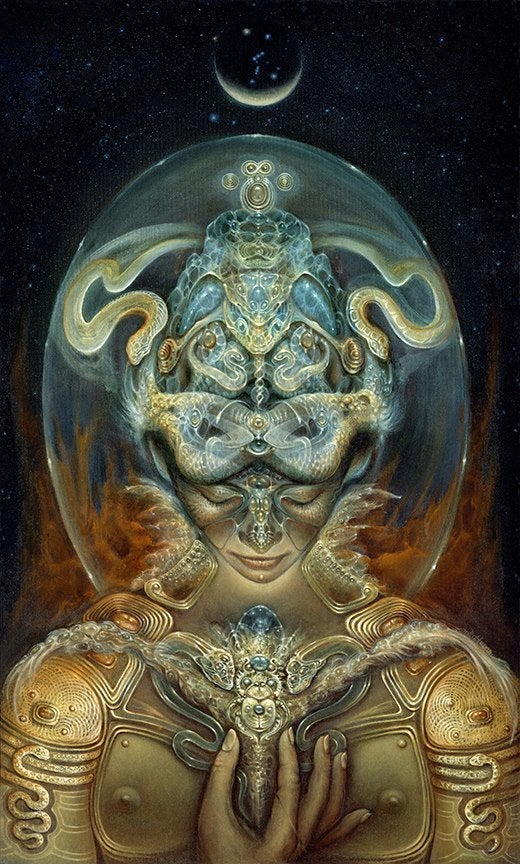 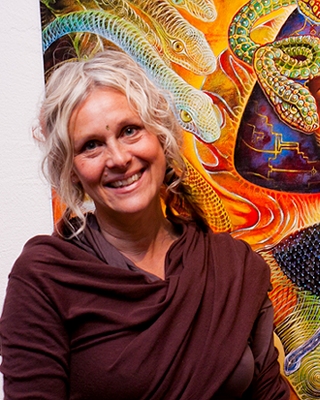 German-born, Martina Hoffmann partially grew up in Cameroon, West Africa. She studied art education with Professor Kiefer (father of Anselm Kiefer) and sculpting with Professor Spelmann at the Johann Wolfgang Goethe University in Frankfurt/Main, Germany. During this time she also met the Fantastic Realist, Robert Venosa, and greatly inspired by his work, began her work as a painter. During their 30 year relationship they closely worked together, taught workshops worldwide and shared studios, both in the US as well as in Europe.

Today Martina Hoffmann works as a painter and sculptress and remains a central figure in contemporary Visionary Art. Her paintings offer the viewer a detailed glimpse into her inner landscapes – imagery that has been inspired by expanded states of consciousness. Her Visionary Realism is decidedly feminine and places the ‘Universal Woman’ in an intimate cosmos. She transcribes her ecstatic experiences but also her subtle reflections on the nature of women in a realistic style which marries the fantastic to the sacred. The artist has spoken on behalf of art and culture at events and conferences such as ‘Estados Modificados De Consciencia’, Universiity of Cuernavaca Mexico, ‘Chimeria’, France, and the ‘The Promethean Impulse’ at the HR Giger Museum in Switzerland, et. al..