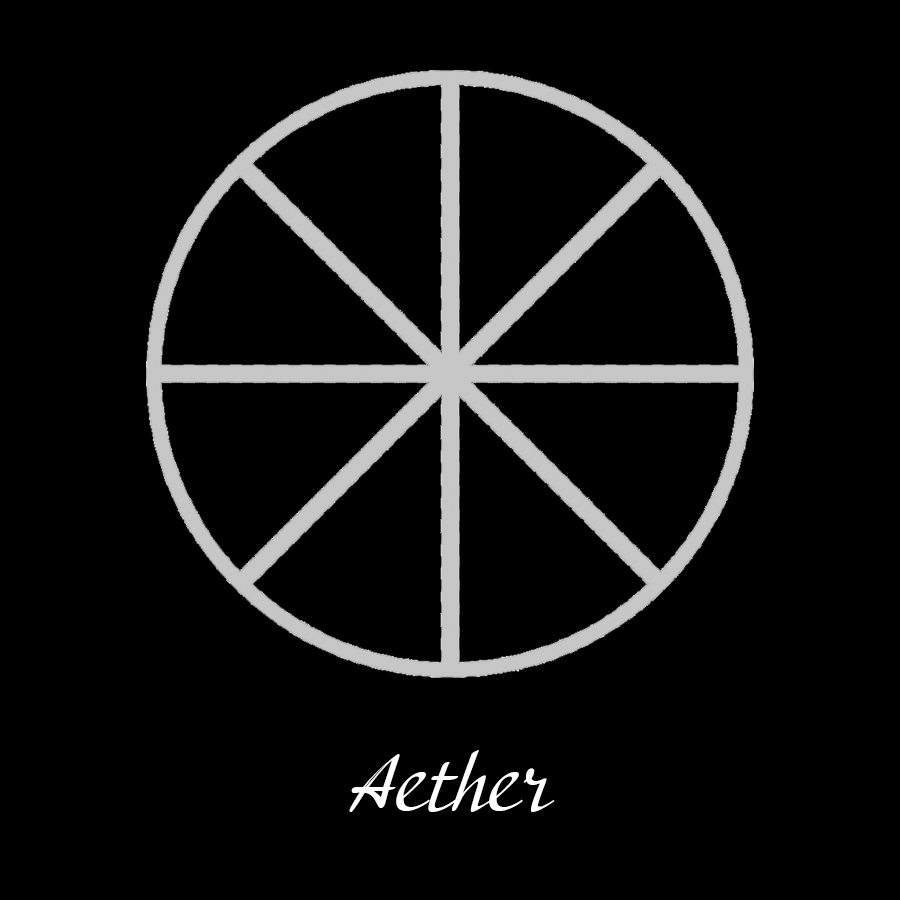 Aether (Also known as Akasha) is the classical fifth element or quintessence is the material that fills the region of the universe above the terrestrial sphere. [1] In physics, the luminiferous aether was once considered to be the medium through which light propagates. Sometimes spelled Aethyr, the term as encountered in magic usually refers to one of the Enochian worlds, or Aires. Many Wiccans and magicians also employ this spelling to refer to the fifth element of spirit.

In the late 19th century, physicists postulated that aether permeated all throughout space, providing a medium through which light could travel in a vacuum, but evidence for the presence of such a medium was not found in the Michelson–Morley experiment, and this result has been interpreted as meaning that no such luminiferous aether exists.[2]

The concept of ether as a medium for the propagation of light is not the appropriate one in Indian philosophy. The concept of akasha has the distinguishing quality of sound in contrast to ether as that of light. In fact, to understand the concept of akasa, one needs to understand the concept of tattva. The Sanskrit word tattva consists of two syllables: tat and tva. Tat means that and tva means ness and hence the word tattva signifies thatness. On further analysis, it signifies the essence which creates the feeling of existence. Akasha is all pervading, just like the luminiferous ether described in physics. The vibrations of the elements which constitute sound associated with Akasha are different from the vibrations which produce sound and require a physical medium.[3]