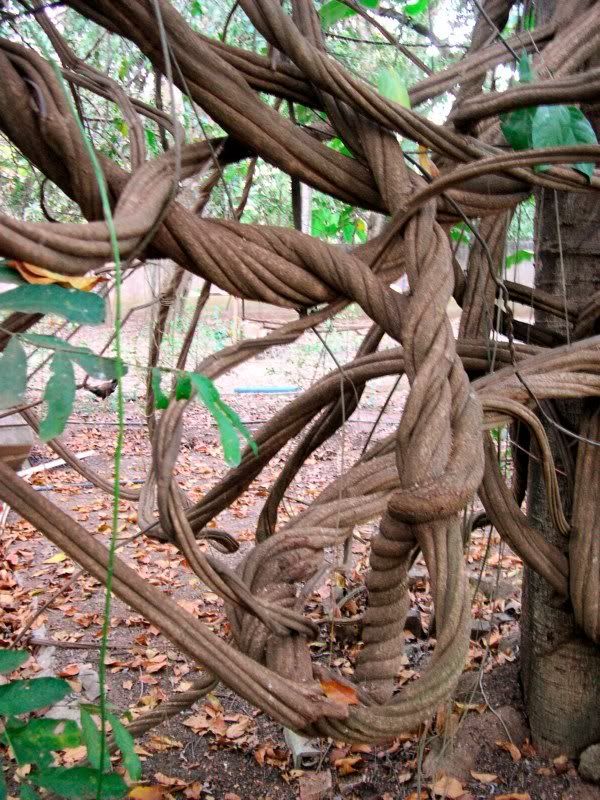 Banisteriopsis caapi, also known as ayahuasca, caapi or yagé, is a South American liana of the family Malpighiaceae. It is used to prepare ayahuasca, a decoction with a long history of its entheogenic use and its status as a “plant teacher” among the indigenous peoples of the Amazon rainforest.

Banisteriopsis caapi (also known as ayahuasca, caapi or yajé) is a South American jungle vine of the family Malpighiaceae. It contains harmine, harmaline, and tetrahydroharmine in the following proportions [1] :

B. caapi is a species of the Malpighiaceae family originally from the South American rainforests. It can be used with Psychotria viridis as an ingredient in what is popularly called Ayahuasca . The very name ayahuasca, which means “soul wine” is actually the name of b. Caapi and is a very potent healing plant used for many more purposes than as MAO inhibitor to make DMT active. For example, it is used to cure mental problems, to induce vomiting and to expel parasites from the body.

There are mainly three different species of Banisteriopsis used as ayahuasca, they are B. inebriens, B. caapi ( Richard Schultes , 1970) and B. quitensis (Schultes, 1995).

There is a legend about how people became interested in Lian. It is true that the Jaguars in South America have about the same relationship to b. Caapi as ordinary cats have to cat coin and according to legend, people would have witnessed how the Jaguars were affected and then tried the same thing.

The alkaloids of Banisteriopsis caapi, the plant source of the Amazonian hallucinogen ayahuasca, stimulate adult neurogenesis in vitro.[2]