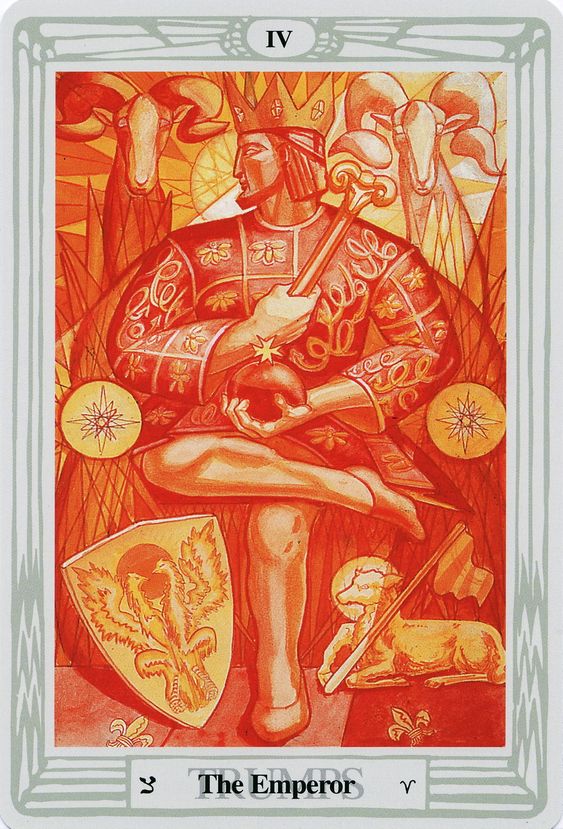 Mastery of the will over nature, a sense for law and order, plan and structure

Trumps III and IV represent Parents in their archetypical way. Just as the Empress stands for Mother Nature, the Emperor is the social word, the structure of civilization, a symbol for its law and order, may they be good or bad, but the power behind them. He is the abstraction of establishment, its stability and security.

The Emperor is portrayed as a crowned man in a majestic gown. The globe with the Maltese Cross (symbol of imperial dignity) represents the unification of wisdom and worldly mastery.
His throne, which glows with the fiery colors of Mars and the Sun, is ornamented with the heads of wild Himalayan rams. His scepter also bears this symbol of power and adventurousness. the reclining lamb with the flag of peace represents the other aspect of the ram. The qualities of true leadership include humility and submission to the cosmic law, as well as dynamism and power. A deep understanding and a constant consideration of the will of the Whole are also necessary. A ruler with these qualities is filled with a tremendous compassion which will allow him or her to sacrifice the self for the good of the whole.

The double eagles symbolize the inner and outer changes brought about by the creative energy of the Sun, and also refer to the Emperor’s creative energy. He heralds the beginning of an enterprise, or a new phase in life. This new beginning may be an extension or expansion in the realm of rule, dominion, or mastery, or the conquering of new territories (also symbolized by the Emperor’s legs, crossed in the form of the number 4; compare also the Prince of Wands). On the material plane, the new beginning may mean starting a promising new project, a change in career, travel or fatherhood. On the inner plane, new realizations may emerge. Insights in areas previously unfamiliar (discs to the right and left with exploding stars), or dramatic self-revelation and self-discovery, are also possible.

As long as the Emperor’s powers are used for transformation and new beginnings, their effect is beneficial. But beware using them to preserve the status quo. When used to preserve the status quo, the structure of the Emperor’s realm petrifies, his boldly determined expression becomes frozen. His authority, once grounded in wisdom, expresses as authoritarian domination. Living in fear of change, he attempts to nip any rebellion in the bud. He is then doomed. His own resistance to the flow of the Tao sooner or later will topple his reign. 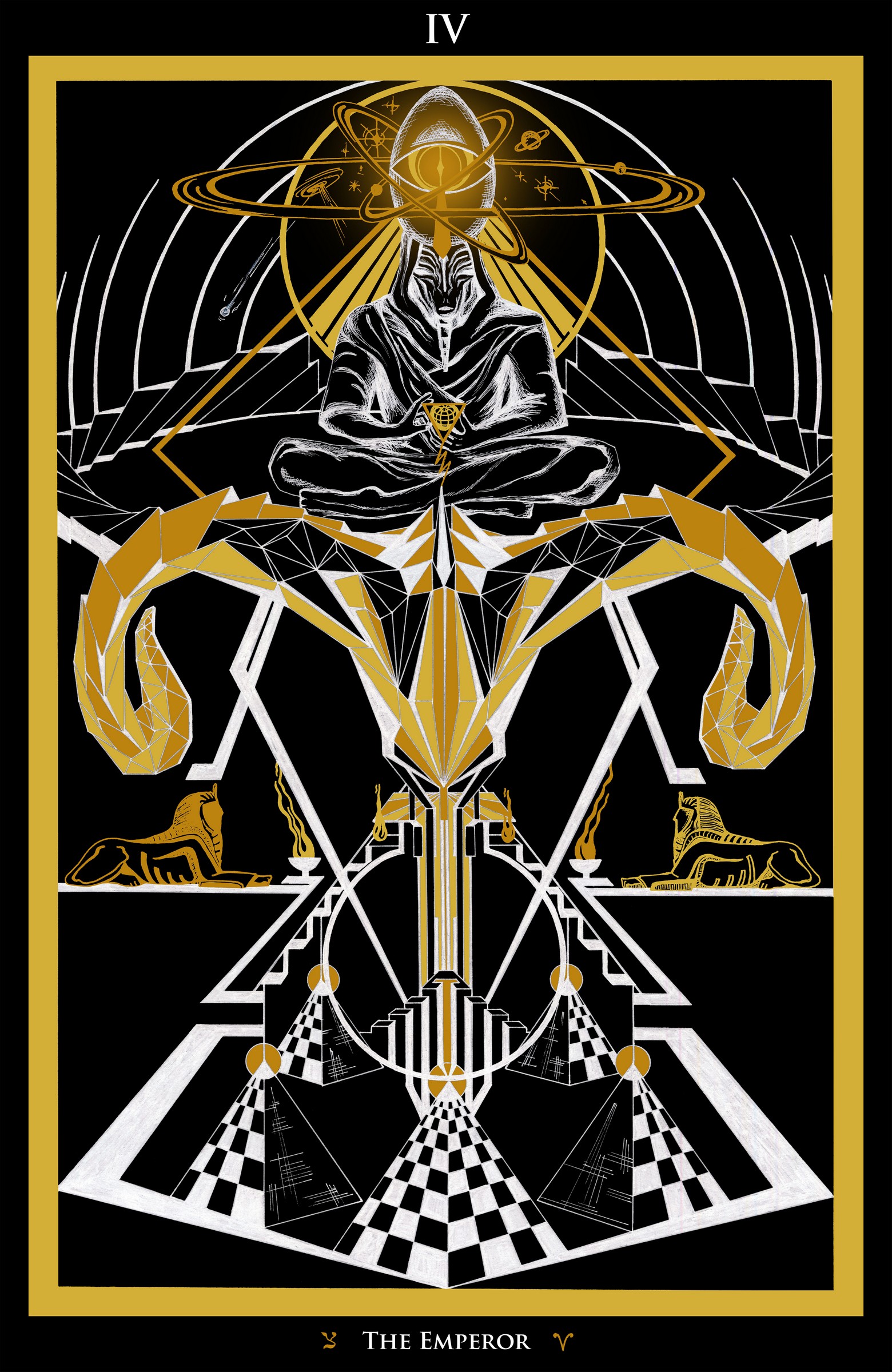 The Emperor by Ina Audeirieth

Both Thoth & Ina Audeirieth decks relate this card to the Hebrew letter צ (Tzaddi: connecting Netzach to Yesod), However, here on our knowledge-base we relate it to the letter ‎ה (He: connecting Chokmah to Tiphareth ) which rosanates much more with the fact that the cards of Tarot are representing the order in which emanation take place. With that said, to the best of our knowledge Card number 4 technically should connect the world Atziluth to the world Briah. 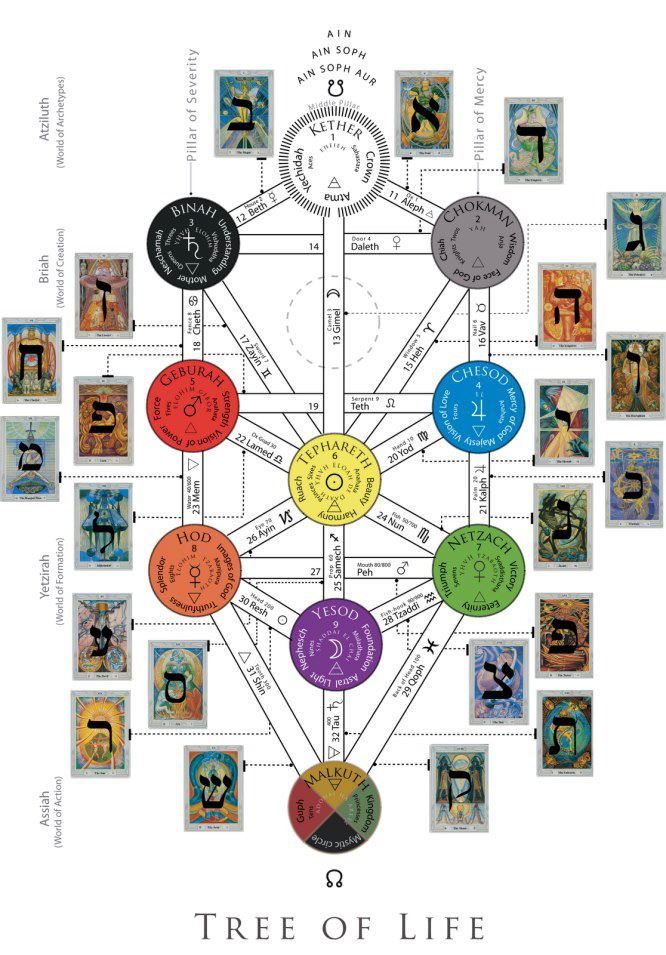